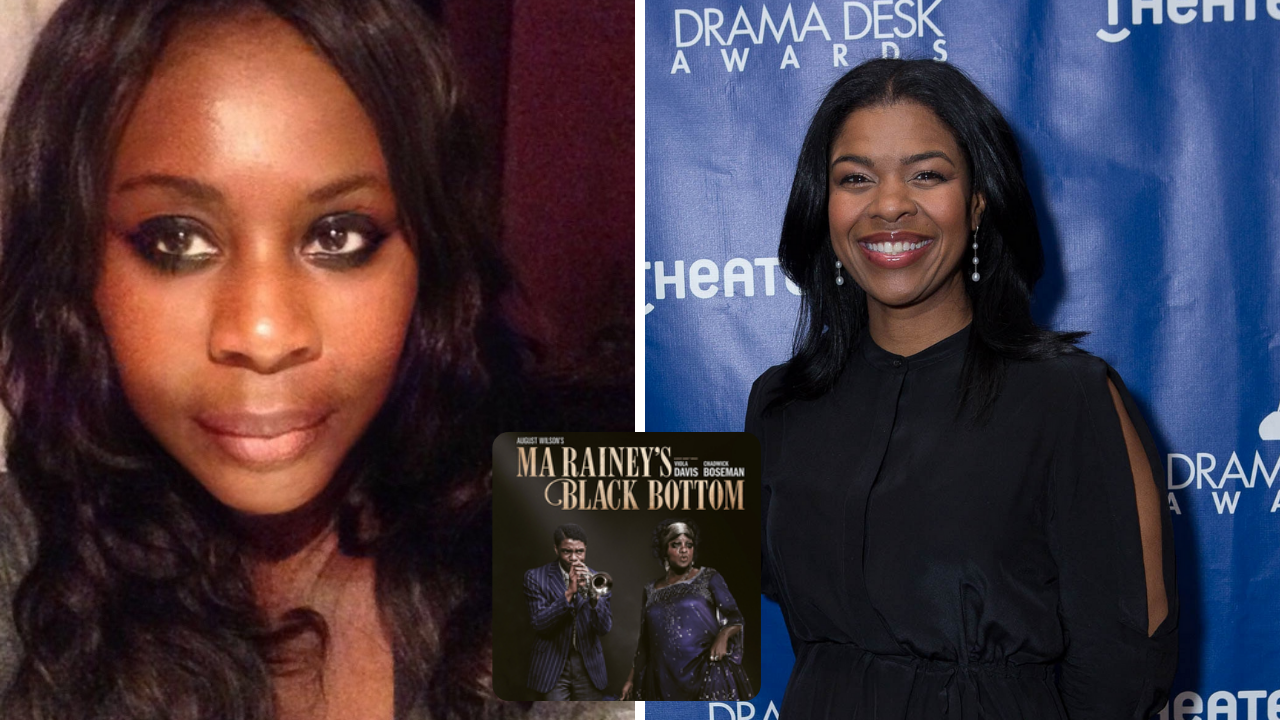 Ma Rainey’s Black Bottom starring Viola Davis premiered on Netflix in November 2020. The film set in 1920s Chicago tells the story of legendary blues singer Ma Rainey and the plight of Black recording artists during that time. The film gained rave reviews for its accurate depiction of the singer and the notorious era.

The hair and makeup department for the film made the movie possible with intricate research of the figure and fast-thinking accommodations. Oscar nominee and BAFTA nominee Mia Neal and BAFTA nominee Matiki Anoff share how they pulled off the look for this film on a tight schedule, with creativity at the forefront of their work.

Tell me about your research process and how you went about planning the looks, especially for Ma Rainey, since there are limited photos of her.

Anoff: I’ve known about Ma Rainey from a previous TV show, and I also heard about the project from Denzel Washington when I was working with him on Fences. Only around five photos of Ma Rainey exist, which made it a challenge. But Mia and I dove deep into character analysis where we went through and decided what the background for each character would be. Ann Roth was also really instrumental, as her clothing design told a lot about the characters. For instance, Dussie Mae was a poor Southern girl, and Ann designed her a dress that was old and frayed. This said so much about her character, and how she was so desperately just trying to fit in.

I extensively researched makeup of the time, which was basically non-existent. People mostly improvised and did looks that resembled the European styles and celebrities of the time.

I also always kept in mind that it was in the middle of the Great Migration with people coming up from the South, and I wanted to show the disparity between race and class. There were characters from all different socioeconomic classes, so we dealt with very light-skinned Black Chicago people who were in the hotel that had a much more polished look. They were more refined and richer. And then we also worked with the rural Southerners who were in the tent scene, and we basically took almost all the makeup off and gave them very little cosmetics.

Neal: Supposedly there’s seven photos of her that exist, but I only came across two. And they’re both pretty grainy. The costume designer Ann Roth had discovered through her research that Ma Rainey performed in horsehair wigs. So we thought, “Let’s give it a shot.” I sourced horsehair from Europe on Etsy and I built the wig off of that, which was really interesting because I’ve never worked with horsehair before and I didn’t know what to expect. When it arrived it was actually covered in manure and lice eggs. It was very difficult to work with. You have to peel it apart— each strand of it. It’s not like human hair; it’s more like wire. After peeling it apart and using it in the same way that we use human hair, which is ventilating with a little small needle through a very fine, thin lace that has these very tiny honeycomb-shaped holes on the lace, we realized that only one strand of the horsehair fit through each of these holes without ripping the lace. So the entire wig is single-stranded, which took forever.

For the second wig, I didn’t want to disguise the fact that she was wearing a wig, but I did want it to look like an expensive wig, and I wanted it perfectly made with European hair. In my mind, this was a woman who wore fur coats in the summertime, her car is fancy, she has gold teeth. This is a woman who wants you to see her status at first sight. For me this was a woman who would have looked in the magazines and seen a European woman with the finger waves, and said, “I want that.” So that was the psychology behind the second wig.

As studios continue to diversify film and television, why do you feel it’s important to have diversity in the behind-the-scenes crew (makeup, hair, wardrobe) as well?

Anoff: I think with any genre of film and with any ethnic group it should be portrayed correctly. From the beginning of Hollywood, Caucasian actors and actresses have been portrayed beautifully in film. This hasn’t always been the case for African Americans. This doesn’t mean that white makeup artists can’t makeup Black actors, but it’s also important to bring an authenticity and a different kind of focus and intensity to the roles that we want to portray. African American artists for so long would bring their own makeup with them because so often they would be made up incorrectly and they wanted to prepare themselves. Now we’ve gotten to a point in the industry where everyone should be able to come to makeup and feel completely taken care of and have anything at their disposal just like any other actor should.

I feel it’s paramount to have everybody represented. I for so long have worked on projects with an all-white cast and made them up beautifully. I just feel African Americans should have that privilege as well. I also feel that the industry has changed so much in terms of makeup, and for everybody to feel comfortable now is another great trend in behind-the-scenes diversity.

There used to be so few films with Black artists, and they were mostly low budget. But now that’s starting to change, thanks to all these different platforms. Netflix in particular has opened everyone’s eyes that a story well told is a story well told, and it doesn’t matter what color the protagonists are; if you tell a story well everyone can enjoy it. So I think with that philosophy, more and more films featuring African Americans are currently in production, so we certainly need more people behind the scenes.

Neal: I think that the industry itself has changed so drastically over the last few years where the casts now are more diverse than they have ever been, which is fantastic. With that change you have different hair textures coming in, you have different cultural representations coming into the industry, and they’re allowed to be their cultural selves. Before, even if there were African American women on film, nine times out of ten their hair was straight. You just wouldn’t really see natural hair. That type of thing on film and TV has changed drastically, which is fantastic.

Through that diversity you also have to get people who can do the work behind the scenes. I got into film and TV maybe 20 years ago, and I’ve seen the diversity happen over the last five years. I believe in evolution. Anything that resists evolution throughout history has become extinct inevitably. So these things are happening, and it’s beautiful. I think it’s been well received.

I’ve just had wonderful experiences as a Black woman in this industry, and I’ve been granted an opportunity. So my experience has been extraordinary. I think that it only gets better based on the diversity because I think other people will start to have those same opportunities that I got.