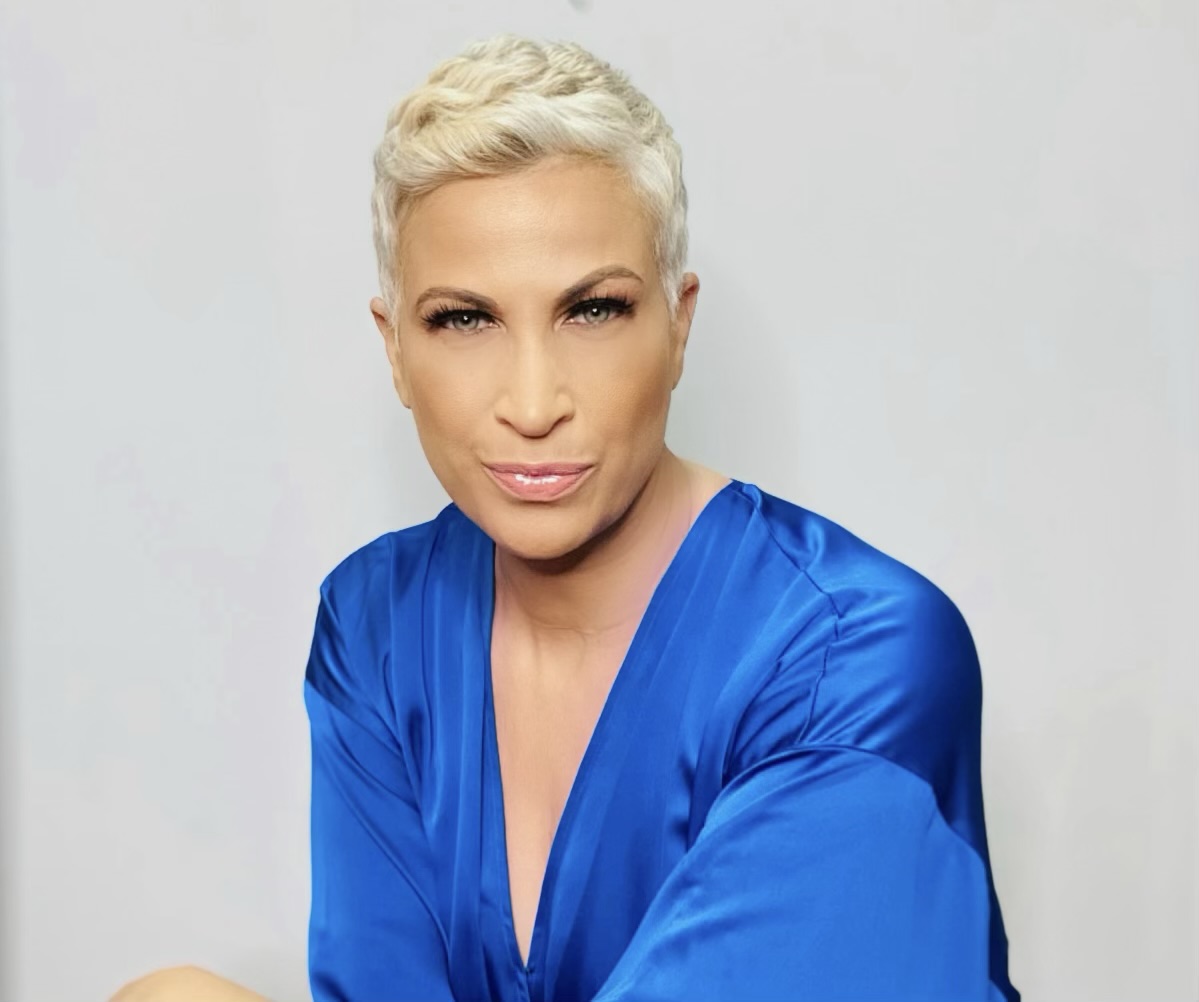 March is Women’s History Month, and we dedicate this time to women who are carving out a new landscape and breaking some of the toughest barriers. One particular woman who is doing just that is newly-appointed CEO Michele Ghee.

This past January, Bridgeman Sports and Media hired Ghee as CEO of the iconic brands Ebony and Jet magazines. Working with a brand that has a legacy of 75 years of chronicling Black life in America, Ghee definitely has some big shoes to fill.  However, she’s ready to take on the role and prepared to exceed expectations.

BGN had the opportunity to speak to Ghee in an exclusive phone interview to discuss taking over the publications, adjusting to the world of digital media from print, and ensuring that employees of Ebony and Jet are compensated for the work.

Congratulations on your new role as CEO of both Ebony and Jet Magazine. With a 75-year history and the magazines being prominent in so many Black households, how has each magazine shaped you both personally and professionally?

I’m a Black girl from Oakland, California. I talk a lot about my dad and the influence he had on my life, and my mom did, too. She was her own person, and she had a big impact [on my life]. My dad had a really big imprint on my life because I used to work at his restaurant from 12 years old. My grandmother, and I don’t talk about this a lot, she loves to cook. At the time she was maybe 70 years old, and when he passed away, it really took the wind out of her sails. So we would gather at my grandma’s house. Every Black household probably has a big momma or somebody in their family. I would look at the magazines at her house, and my friends would come over there to see who is the Beauty of the Week. We would see these images of Black people that we really didn’t get to see. It showed what the Black community was and could be. And I think it planted that first seed in me. Seeing Ebony and Jet was really the first time that made me have a desire to be in the media business.

You’ve said that you will hold true to Ebony and Jet’s principles of documenting stories of Black culture. There are a number of entertainment publications out there reporting similar stories. How do you plan to compete with today’s news?

You know, it’s a great question. When I look at my competition, I’m not thinking about the traditional Black media outlets, right? Because those are my family, too. There’s enough room for all of us. I want to say that first. What I have known and what I have learned painfully is that there are a lot of people trying to tell the Black story but are they hiring Black journalists? Are they allowing that story to come from a place of understanding? A place of acknowledgment? A place of pain? Don’t love Black culture but not Black people. Don’t do that.

We are bringing up some amazing journalists of color who have experienced the story that they’re telling. Until my competition can say that, we can’t have a conversation. But a lot of them can’t. A lot of them want to tell our story but they don’t want to hire us. You said on your website that you would not bow down to the status quo. My friend, nor will I. Nor will this magazine. Nor will our voice, our imprint, our story. We will not bow down to the status quo.

Digital media has taken over and has caused many print publications to struggle or get out of business. In this pandemic-stricken world, where most people are seeking their news online as opposed to newsstands, what’s your strategy to maintain that sustainability?

Yeah, it’s a very fair question. Who gets to get to work for an iconic brand, right, that has so much rich history, that has told so many stories, that when you hear the word Ebony there are still enough people living who are touched by this brand? Now our job is to bring it to the next generation in a really smart way. Will we print again? I don’t know. Maybe we’ll have a commemorative, maybe we’ll have some type of special edition. We know there’s enough things going on in the Black community and the world around us to do that. We will have a digital footprint first, but we will also have an app. And we’ll also have a digital magazine, but more importantly we want to bring and create an ecosystem that brings this brand from multiple touchpoints.

I think that’s the interesting part of our story and our legacy, whether that be through film, television, and partnerships from a streaming perspective. There are so many opportunities to expand the brand beyond what we see. That’s the exciting part. I believe that’s the exciting part for me. In my original conversations, Eden Bridgman is 34 going to be 35 years old. I’m inspired by all the things that she knows because she’s been part of building this legacy brand on the Bridgman food and hospitality side, so she has all of this experience her family brings. The combination of us coming together talking about what can we build? What can we grow? To even have two Black women sit down and talk about that, I’m telling you, it’s just an exciting conversation. How can we create this digital platform that has so many different tentacles and touch so many lives, and use Ebony as the force that we drive into the marketplace to do that? It’s actually pretty cool.

If you don’t mind, I would like to address the controversy that has impacted the publication with respect to writers of Ebony. Going forward under your leadership, what guarantees will writers have that they will be compensated for their work?

We’re backed by this amazing family. Actually their leadership style is of servitude. They’re grounded and rooted in making sure they take care of people. That’s not going to stop because now there is a media business right. And if you look at Michele Ghee, because I’m leadership and the face of this, there are many folks behind me. I don’t want to take all the credit, but I will say that I have a spirit of giving as well. Giving up my time, giving up my information. I wrote a book about it. I still give free speeches.

I’m not going to change and that’s not going to change because I have a new title. Who God built me to be is to look out for people and to look out for my community and to also make sure that they get paid and that they can take care of their families. I’ve been waiting my entire life for this opportunity for the unseen to be seen, and the unseen to be paid handsomely.

My first two or three hires are people who were in the past administration. They’re amazing people. They got caught up in business. I’m not going to say people because listen, things happen. That doesn’t mean bad businesses is bad people, right? It was a bad business situation. I brought this board. They’ve been elevated, they have been paid, and they’re going to be a part of this. They earned that, and that is how we’re going to run this company moving forward. Does anybody think that it’s gonna go down any differently? I’m sorry you feel that way, but I would say, give us an opportunity to perform in a way that is going to make people really really proud not from just a business perspective but how we handle people, how they have a voice, how they show up, and how they’re seen.

Since stepping into this role, what has been the most rewarding part of this job? What do you hope to be remembered for after you finish your work with Ebony and Jet magazines?

When my dad passed away, I made him a promise. He really stood on community.  He was the person who would make sure people had a wheelchair when he couldn’t even afford to pay his unemployment taxes from his restaurant.  I made him a promise that I’d make him proud of me. He died so early; he was 59. I want to be remembered that I keep my word. Not only to my dad, but to a community of people with expectations. I’m going to work every single day.

How does that manifest? Because that’s a big statement. That manifests that there are people I’ve met along my journey that if I’m ever in a place to make sure that you have the right opportunity based on your skill set, I’m going to give it. I’ve done that with the person that I brought in to do strategy. He is amazing. I’m meeting these people. and I’m like, “I want you to have the opportunity of a lifetime, too. This is not just my journey, it is our journey.”

I’ve been able to take care of people who have earned the right to be elevated, and that is what I want to be remembered for. We’re gonna have a great business. We may make a whole lot of money, but a lot of times people don’t keep their word and they’re not in a position to do that — Michele Ghee will and does.