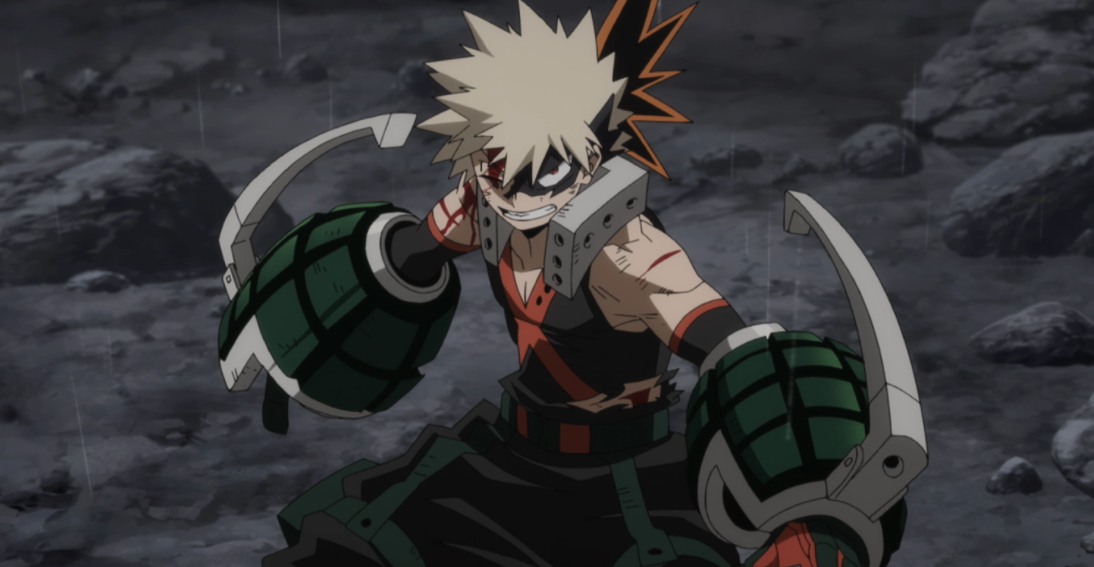 The all-new My Hero Academia: World Heroes’ Mission is finally available and just in time after the release of Season 5 of the series. The film introduces new faces, along with the characters fans have come to appreciate and love. Izuku Midoriya is on a quest to stop an evil organization from destroying the population that is seen as deviant — more specifically, those born with “quirks” or superpowers.

Midoriya and his friends join forces to save not just Japan but the whole world from utter destruction. This time, however, the threat couldn’t be any more dangerous. Izuku Midoriya (hero name, Deku) is wanted for murder, and it’s up to him and his newfound friends to stop the villains from succeeding with their plans.

This is the third stand-alone film that connects with the series, My Hero Academia, in which audiences can gain a larger perspective on the characters and the world they live in. The television series has introduced a number of diverse characters (including my personal favorite, Momo) who each have their own special quirk. This specialization of powers allows fans the opportunity to connect with their favorite characters on a personal level.

In My Hero Academia: World Heroes’ Mission, the beloved character Izuku Midoriya (Justin Briner, English version) from class 1-A is framed for a crime that he didn’t commit. Both the Otheon police and media falsely accuse Deku of an unspeakable crime. Many of his friends are quick to defend him and his actions. The film creates an air of mystery that slowly unfolds until the final battle scene between two ideologies: one where anyone can be a hero and another where no heroes should exist.

Directed by Kenji Nagasaki and written by Kôhei Horikoshi and Yôsuke Kuroda, all of whom have a deep understanding of storytelling, the film successfully joins the love for superheroes around the world with the theme “Anyone can be a hero” in a delightful one-hour and 44-minute video. Together, these two ideas bring a fresh look at the concept of whether heroes are needed and what being a hero is all about.

My Hero Academia: World Heroes’ Mission places Deku center stage, which feels like a sharp contrast to the series, which has an ensemble feel to it. While the series has a collective method of telling different stories about the plethora of characters, this film centers more closely on Izuku Midoriya and his newfound friend. A few familiar characters who help out include Katsuki Bakugo (Clifford Chapin, English version), Shoto Todoroki (David Matranga, English version), and Endeavor (Patrick Seitz, English version), and they all join to protect the people.

In addition to the familiar faces many have come to love and enjoy, a few new characters do appear. Rody Soul (Ryan Colt Levy, English version) is a street-smart, patched-up trench coat-wearing individual who lives in a shabby trailer house with his two younger siblings. Soul is the new ally to Midoriya’s list of friends. Soul has a pink-bird animal sidekick that stays by his side, and that is Pino (Cristina Vee, English version). While early in the movie it is revealed that Soul has a quirk, it is not until the very end that the audience gets a full understanding of what he can really do.

The real reason to watch this movie is to understand the connection between Midoriya, Soul, and Pino. This introduction of Soul and Pino really enforces a quote by All Might: “Just believe in yourself, and you can become a hero.” The coupling of Midoriya and Soul highlights the brilliance of the writing. While Midoriya was born without a quirk, it didn’t stop him from achieving his dreams of being a hero. Soul, on the other hand, has allowed his social status to prevent him from achieving his goals. Ultimately, his interaction with Midoriya highlights the theme of the film, that anyone can be a hero. Soul and Pino both exemplify this with the emotional appeal that drives this theme home for the audience.

The evil mastermind behind the nefarious plot is the blue-skinned character, Flect Turn (Robbie Daymond, English version). His gang is Humarise, an ideological terrorist organization that sees quirks as a threat to humans without a superpower. Turn has a malevolent plan known as doomsday. This unproven theory of doomsday was mentioned in Season 4 of the series. The theory states that breeding through the generations between those with quirks and those without quirks will produce humans whose powers will overwhelm them and cause the destruction of humanity. With this idea in mind, Turn has planted gas bombs around the world in order to annihilate the humans with quirks and only leave those without them. Turn illustrates the idea of the destruction an unwavering fanatical belief can cause.

My Hero Academia: World Heroes’ Mission is an action-packed film with outstanding fight scenes that will excite newcomers and hardcore fans of the series. The film is an exciting addition to the series and shows the world where characters can explore deeper, darker storylines. While the villains in the series all have an obvious dark appeal to them, Turn stands out as one of the most evil villains in their world, which gives this film more credibility as one of the better in the movie trilogy.