Midnight, Texas is a crazy and fun-filled show composed of all sorts of unique elements that make it magical, but after my set visit I found out what makes the show the perfect ice cream sundae!

The chocolate sauce on this magical sundae are the brilliant showrunners and cast. Everyone was charismatic, anxious, and especially loquacious when discussing Season 2 of Midnight, Texas.  I had the pleasure of sitting down and speaking with the showrunners (Eric Charmelo and Nicole Snyder), as well as actors Peter Mensah (Lemuel Bridger), Olivia Charity (Ariel Kebbel), Dylan Bruce (Bobo Winthrop), Francois Arnaud (Manfred Bernardo), Jason Lewis (Joe Strong), and Nestor Carbonell (Kai Lucero).

Snyder and Charmelo told us the “marching orders” they received from the network; soapier, sexier, salacious, scarier, and more along the lines of True Blood. While Midnight, Texas and True Blood are cable versus broadcast, the two worlds are in the same multiverse. This season the show has become more serialized and the character relationships take front and center.

The new showrunners shared that the previous showrunner, Monica Owusu-Breen, gave them her blessings to continue into season 2. Snyder and Charmelo are excited for this season which will be heavy in mythology and the biggest challenge for the Midnighter’s will be deciding on who is a friend and who is a foe.

When building their writers room for this season, Snyder and Charmelo looked for writers with genre and soap experience. Also, they had an emphasis on diversity and promoting from within (a lot of assistants became writers this season).

A fun tease that Snyder and Charmelo shared was that the trickling of demon residue from Manfred’s ear will play a part into this upcoming season. Also, Jamie Murray will be playing an integral role. 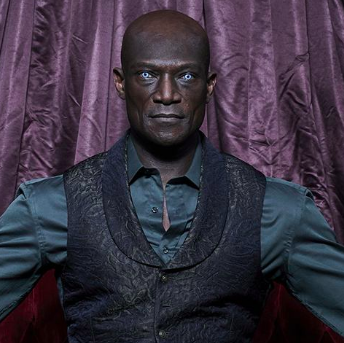 Mensah spoke about the change in Lem and Olivia’s relationship as newlyweds. He described them as the couple that knows each other too well — but amped up to the max. Lem and Olivia have a psychic bond and now he can know exactly how she is feeling. While that may sound like an ideal partnership, it proves to be a double-edged sword that will affect their relationship.

Mensah reiterated the showrunner’s sentiment of the show being more serialized by saying “it’s not the monster of the week as much as it is the devil you know”. The conundrum that Lem faces this season will be that he now has to think about “what happens next”. Lem — as a vampire — has not had to think about the finality of life or events, but because of his bond with Olivia and his fellowship with the Midnighter’s, he must consider the effects of mortality. Mensah says that season 2 of Midnight, Texas will be accelerated with a more in-depth look at each character and their relationships. He also teased that something happens involving Lem that you will never expect! 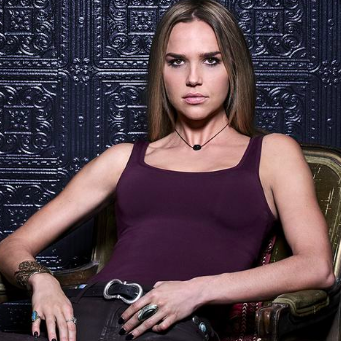 Kebbel shared a lot of the same details about the evolution of Olivia and Lem’s relationship and how sharing blood with one another has proven to be a gift and a curse for the pair. One of the teasers that she shared was that we will get more details about Olivia’s past. And the storyline involving her father and her past is going to be a big deal. Also, the human vampire dynamic will be a constant struggle this season, but the theme for Olivia this year is “Love Wins”.

Kebbel shared with us how the network has been responsive and supportive in her wanting Olivia to use more knives rather than guns. Also, Kebbel feels a certain sense of responsibility concerning the images that young women see when they watch the show and Olivia. 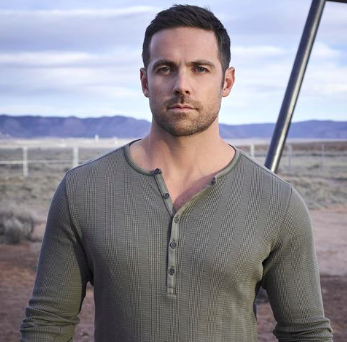 Bruce spoke about his excitement and about the continued love that will be shown between Bobo and Fiji in season 2. He exclaimed there will be plenty of sex magic, which may or may not involve floating. Apparently, Bobo will face much of the beginning half of the season being a bit oblivious to the mis-happenings involving himself and the town, because he is so wrapped up in his love for Fiji. As we all know, in Midnight, Texas love and happiness does indeed have a price. Bruce shared that the nickname for Bobo this season has become “Final Destination Bobo” which is fitting considering that one of the new writers this season is from the Final Destination franchise.

As for character development, Bruce was not able to share too much; however, Bobo is now the owner of the Nazi Bar and has hired his pals to work there (Lem is the bouncer and Joe is the bartender). Bruce was giddy and excited about a lot of the guest stars that will be making an appearance on for season 2, one of them being Jasmine Cephas Jones (Hamilton, Monsters and Men, etc.) who I am uber excited for! 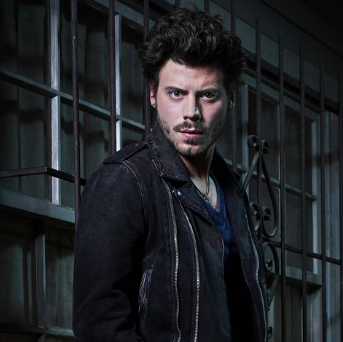 Arnaud is excited for Season 2 of Midnight, Texas as he gave credit to the new showrunners and writers on their ambition for expanding the world and exploring more mythology. Manfred will continue to fight his own demons and begins having nightmares of hurting the ones he loves. However, he does find solace in knowing they are only dreams until he realizes he is preparing for something in the middle of the night unbeknownst to him. Arnaud spoke about his relationship with Creek and Manfred’s support of her as she begins to explore educational opportunities away from Midnight.

Arnaud teased about his relationship with the new characters who come to Midnight (Patience and Kai) and how their dynamic turns into a complicated situation. We also learned that “Grandma” will be back, or an iteration of her that is creatively in line with the rules of this world. Also, Manfred will be traveling to other realms this season to retrieve someone or something. Arnaud also shared his enthusiasm over a new furry pal that will be joining the cast! 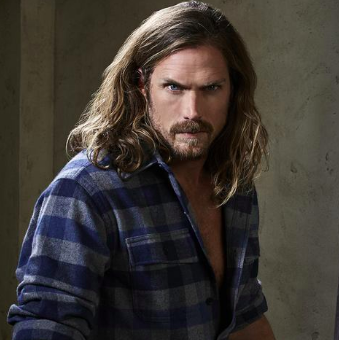 Lewis shared with us that his 1000 years of peace is not going to be played out in season 2. Joe’s biggest conundrum this season will be who is he in this world, now that he is no longer in hiding. Lewis gave an eloquent breakdown of his character in how Joe is an angel, essentially created to destroy demons; and therefore, he is fundamentally unable to find satisfaction in a calm home life.

Lewis teased that Joe will encounter a new character that will make him question his current way of living. Lewis also shared that with our current socio and political climate, it feels good to be a part of a story that showcases a drop back into the bucket of decency and acceptance. 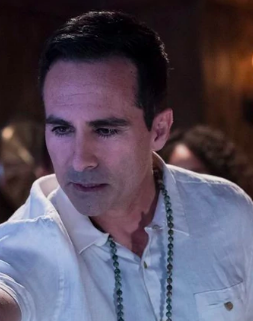 Carbonell was enthusiastic about joining the cast for Season 2 of Midnight, Texas. We learned his character, Kai Lucero is a healer and an owner of the haunted Crystal Desert Hotel along with his wife, Patience (Jamie Rae Newman). I am sure a lot of fans of Bates Motel will be excited about this reunion.

Carbonell was thrilled that this character will be stretching him and offer him growth as an actor — because he has never played a character like Kai before. One of the ways he prepared for this role is by studying Reiki Healing online. He was unable to share too much about his character, especially considering he is a newcomer, but was able to share that Kai has a lot of screen time with Manfred and Patience.

Be sure to check out our exclusive interview with Parisa Fitz-Henley who plays Fiji Cavanaugh!