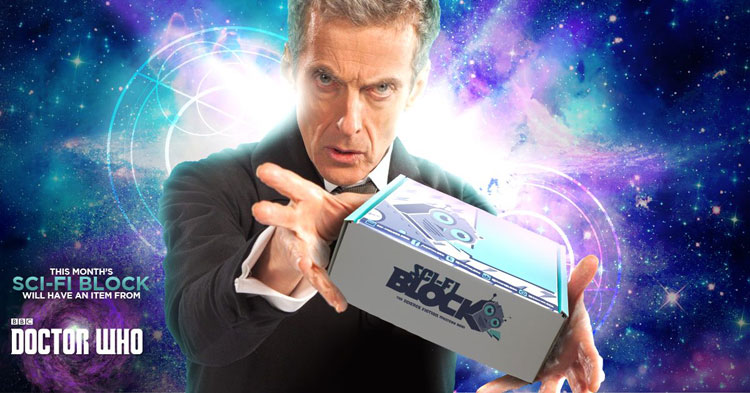 Nerd Block today announced the launch of their new Doctor Who Official Block. The bi-monthly subscription box, available to ship to the United States, Canada and the United Kingdom,  will allow fans of the longest-running sci-fi television series to obtain exclusive and custom-curated officially licensed collectibles featuring their favorite Doctors, companions and characters. Subscribers of the Doctor Who Official Block will receive a range of unique items that will fuel their love of the iconic series, and add to their anticipation of upcoming episodes. To purchase the Doctor Who Official Block, visit www.nerdblock.com/doctor-who. Doctor Who is under license from BBC Worldwide.
Every other month, subscribers will receive a curated box including exclusive and/or limited edition collectibles, wearables, utility items, and a custom pop culture T-shirt.

“Doctor Who is one of the BBC’s most successful brands, with a huge global fan base that continues to grow every year,” says Russ Montague, CEO, Nerd Block. “For over 50 years, sci-fi lovers have remained enthralled and excited by the adventures of the Doctor, and Nerd Block is honored to partner with BBC Worldwide to offer unique and exclusive items to fans of the series.”

Coming to BBC AMERICA in the U.S. and Space in Canada on Saturday, April 15 at 9/8c, season 10 of Doctor Who will see Peter Capaldi embark on his thrilling final chapter as the Twelfth Doctor, as well as the introduction of brand new companion Pearl Mackie as Bill Potts and the return of Matt Lucas as Nardole. Fantastic adventures and terrifying monsters await the team of heroes as they journey through space and time in this latest installment of the globally-renowned drama. Expect laughter, danger and exhilarating escapades in this final season under the helm of lead writer and executive producer Steven Moffat.

Doctor Who first premiered in 1963 and has become a global phenomenon. It follows the adventures of the Doctor – an alien Time Lord from the planet Gallifrey who travels through all of time and space in his TARDIS with his companion. Instead of dying, the Doctor is able to “regenerate” into a new body, taking on a new personality with each regeneration.