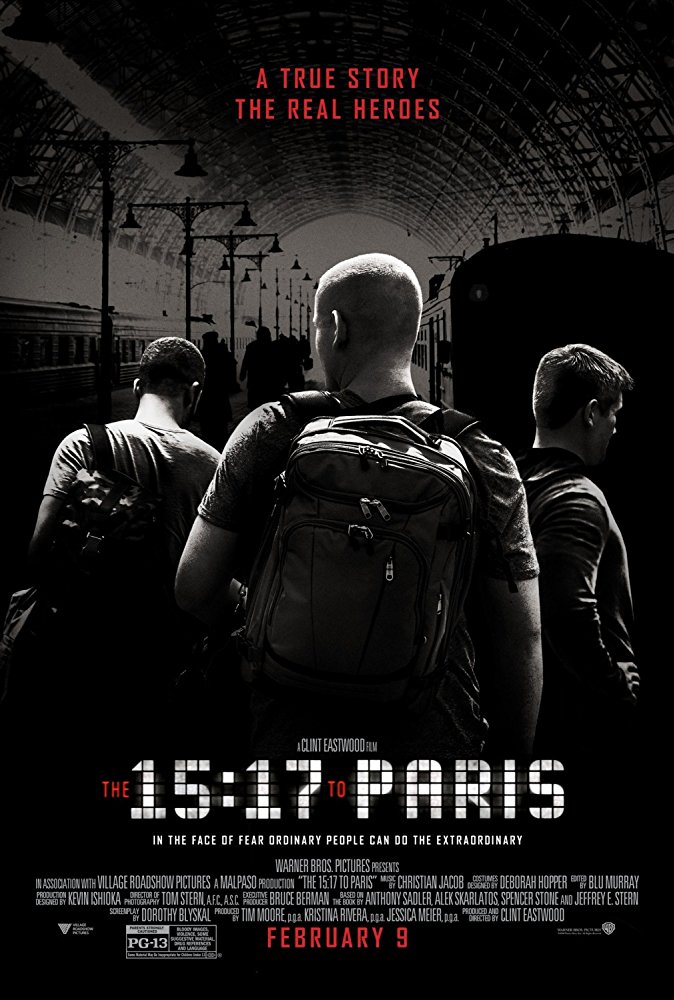 Three young men—Alek Skarlatos, Spencer Stone, and Anthony Sadler, all friends, none of whom actors—will play themselves in Clint Eastwood’s new film The 15:17 to Paris. The trio are reenacting their brave actions during the Paris train attack in 2015, when they saved a train full of passengers in France from the actions of a madman with a gun by tackling and capturing the would-be terrorist.

Celebrity cameos aren’t that rare in movies, and even non-actors appear from time to time portraying themselves on the big screen. But only a few times in film history have biopics featured their subject playing themselves. A quick Google search revealed only six films that match that criteria:

Since the two of the three, Skarlatos and Stone, are military, their appearance in their own story most resembles Audie Murphy’s. He was the most decorated soldier of WWII before becoming an actor after leaving the military. He was actually awarded the French Legion of Honour merit, something that doesn’t happen often to non-French citizens, but which was also awarded to Skarlatos, Stone, and Sadler.

Who knows if these guys will follow in Murphy’s footsteps and become actors by trade, but they are in good hands with their Oscar-winning director. And guess what other award Eastwood has received? You guessed it, the Legion of Honour.

In a year that will boast indestructible comic book superhoes and animated do-gooders, a movie about and starring true heroes might be just the reality check movie audiences didn’t know they needed.

From Clint Eastwood comes “The 15:17 to Paris,” which tells the real-life story of three men whose brave act turned them into heroes during a highspeed railway ride.

In the early evening of August 21, 2015, the world watched in stunned silence as the media reported a thwarted terrorist attack on Thalys train #9364 bound for Paris—an attempt prevented by three courageous young Americans traveling through Europe. The film follows the course of the friends’ lives, from the struggles of childhood through finding their footing in life, to the series of unlikely events leading up to the attack. Throughout the harrowing ordeal, their friendship never wavers, making it their greatest weapon and allowing them to save the lives of the more than 500 passengers on board.

Eastwood (“Sully,” “American Sniper”) directs from a screenplay by Dorothy Blyskal, based on the book by Anthony Sadler, Alek Skarlatos, Spencer Stone and Jeffrey E. Stern. Eastwood also produces the film, along with Tim Moore, Kristina Rivera and Jessica Meier. The film’s executive producer is Bruce Berman. Behind the scenes, the creative team includes frequent collaborators Tom Stern, who served as cinematographer on 13 of Eastwood’s previous films, and Deborah Hopper, who has served as Eastwood’s costume designer on 17 prior films; editor Blu Murray, who most recently cut “Sully,” and that film’s composer, Christian Jacob. Veteran art director Kevin Ishioka, whose work can be seen in “Sully” and in “Dunkirk,” serves as production designer.