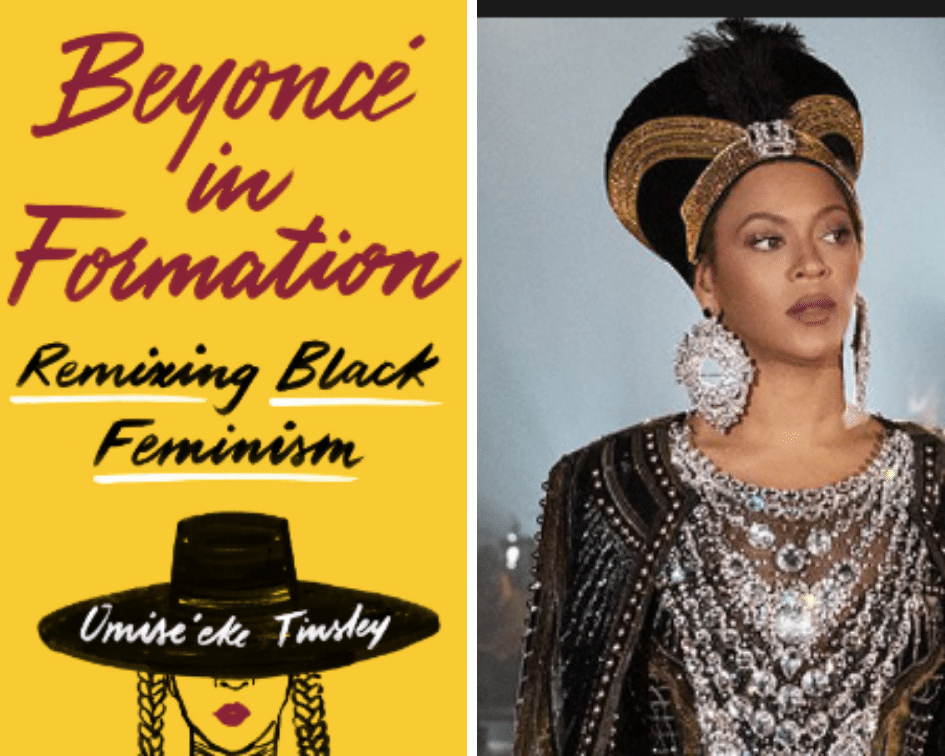 So you think you know Lemonade? Think again.

The minute I saw Bey’s iconic wide-brim black hat on this bright yellow cover beneath the word “feminism,” I knew I had to take this book home with me. I had just finished reading Brittany Cooper’s Eloquent Rage: A Black Feminist Discovers Her Superpower, in which she pulls out a quote from a 2010 interview of Beyoncé’s take on feminism: “I love being a woman and I love being a friend to other women.”

And I found myself asking the question that has been circling in a lot of people’s minds since the 2016 Mrs. Carter world tour: Just how feminist is Beyoncé?

Then I found this book.

Femme-inist scholar and professor of the University of Texas’s undergraduate course, “Beyoncé Feminism, Rihanna Womanism,” Omise’eke Natasha Tinsley has gifted us with the ultimate in Lemonade literature. Tinsley is a well-trained literary critic whose work focuses heavily on Black Feminism and Black Queer Studies, with a thorough background in African and Carribean Diaspora. Her book dissects the finer points of Lemonade’s lyrics, visuals, and social influence as it relates to Black Southern and queer identities. Beyoncé in Formation: Remixing Black Feminism is, as Tinsley herself states, “a textual mixtape dedicated to all the women and femmes who listen to Beyoncé.” 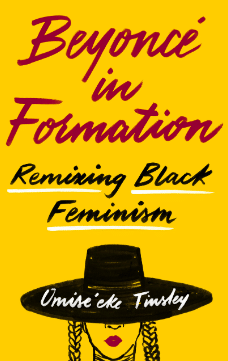 Through the lens of Tinsley’s inclusive brand of sex-positive, “femme-inism,” we delve into the hidden layers of Lemonade-era Beyoncé. Beyoncé the woman. Beyoncé the mother. Beyoncé the Texas bama. Beyoncé the feminist icon. Through Beyoncé and her work, Tinsley invites us to see how so many of the things reflective of Black women and our culture are not only consistent with modern feminist values, but often integral to our strength and resilience in a society heavily built upon racism, sexism, and homophobia. With the tone of our wisest and most stylish friend, Tinsley puts on her most fabulous pair of heels to walk us through her experiences and research as a scholar, a Black femme, and (of course) a major Beyoncé fan.

The first section of her book, “Family Album,” looks at the intersections of marriage, motherhood, and Southern tradition. All things that many in the progressive stream tend to think of as antithetical to modern-day feminism. But not Tinsley, and certainly not Beyoncé. As she shares everything from her own Southern family roots to the history of country blues queen Memphis Minnie, Tinsley reveals just how deep “Don’t Hurt Yourself” goes.

Then, shifting into a discussion about the complex nature of Black women’s sexuality, the author takes great pleasure in tearing down the various structures of slut-shaming and femmephobia that have always surrounded Beyoncé’s work and the type of women it embodies. In this section entitled: “Most Bomb Pussy,” she talks openly and earnestly about how femme identities find themselves front-and-center in “Sorry,” despite how the opposite is true in almost any other mainstream setting.

The final part of this “Femme-onade” mixtape, “Calling for Freedom,” of course gets to the political heart of the album. Tinsley leaves no stone unturned as she tackles the explicit Black Lives Matter influences and why we all need to get in formation. She refers to this part of the mixtape as “a work song for the long, long work of demanding Black feminist social change when and where we enter. ‘Cause we need freedom too.”

Tinsley’s writing is equal parts relatable and enlightening. As she blends her own personal anecdotes in with historical and Black feminist analysis, she manages to tie everything quite nicely to current trends and pop culture pieces that feel timely. Her writing is an accessible entryway into Black feminist ideology for those who want more than textbook teachings. You’ll wish you were both a student in one of her classes and a girlfriend sitting on her couch with a glass of wine.

This book will definitely have you re-watching and listening to every second of Lemonade over and over, looking for all the things Tinsley’s keen eye points out  and going, “Oh damn, how’d she catch that?”

If you’re a die-hard Bey stan, you’ll love the way Tinsley interprets the meaning in everything from the body language, to the wardrobe, to the set pieces of each music video. She puts into words just what makes Beyoncé such a strong force for Black women everywhere. If you’re a Beyoncé moderate like me, you may find yourself drifting closer towards the hive. As someone who, while not a Beyhive initiate, has always had a healthy respect for Mrs. Carter, I came away from this book with a greater appreciation for the way she crafts her music and messages. And even for those not big into Bey’s music or style, Tinsley has a lot of interesting and worthwhile things to say about Black femme identities in the South, both historically and today, that deserve to be heard.

This book is very much a love-letter to all the Southern Black girls who get told that their earrings are too big, their heels are too high, and they themselves are just too much. Tinsley demonstrates perfectly what has been left out of distinctly non-black (*cough*white*cough*) feminist rhetoric and the femme-inine power that gets lost in doing so.

Now we can only hope that she’s currently writing the book on Rihanna and womanism.