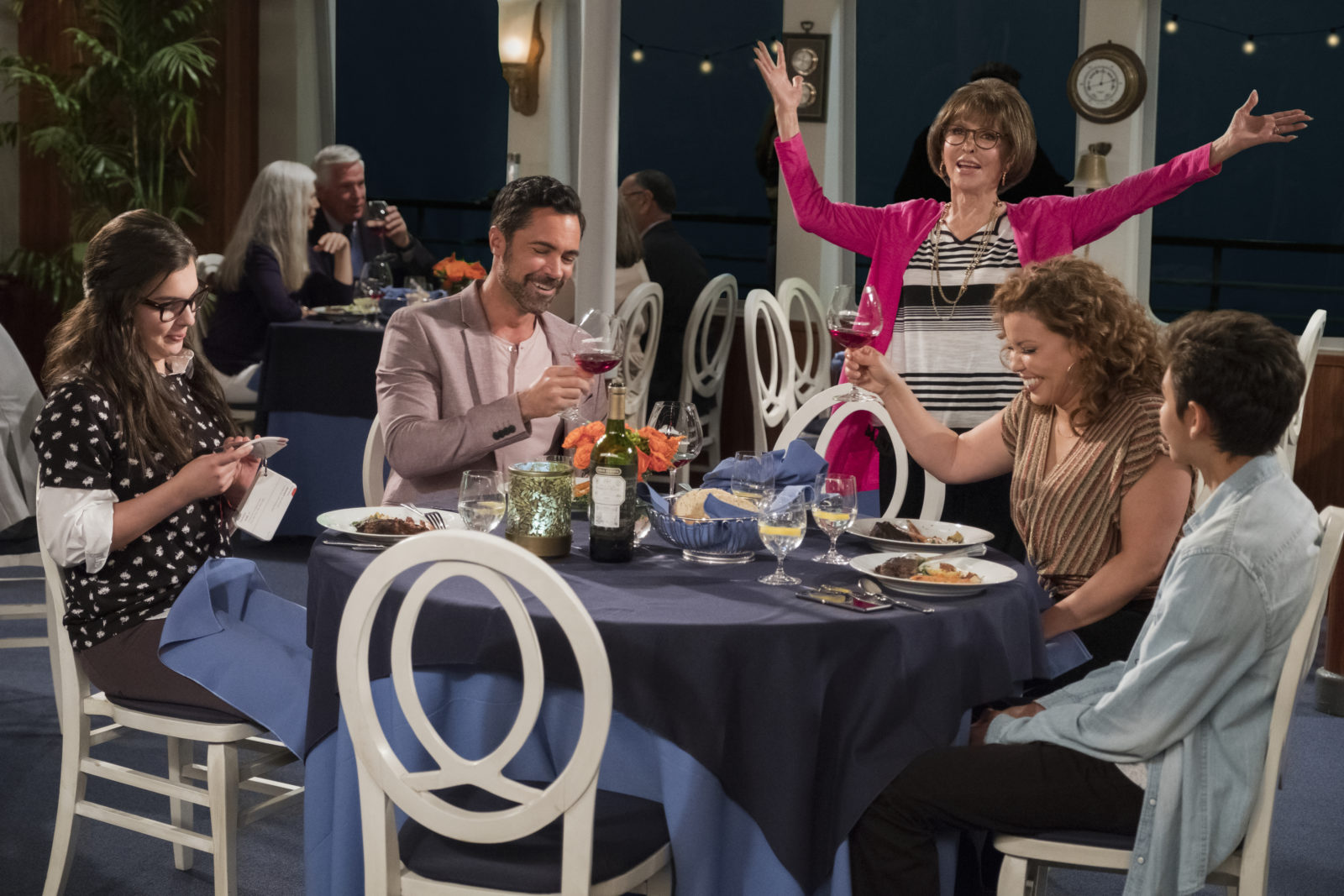 Can a sitcom with a war-veteran mother, a gay daughter, a traditional Cuban grandmother, and a gorgeous son, still make people laugh? Well, One Day At A Time has come to answer that question. The show is a remake of the original show One Day At A Time by Norman Lear. While the original show had a similar premise that included a single mother with kids in Indianapolis, the new One Day At A Time has a richer and much edgier side to it with an updated setting that takes place in liberal Los Angeles. The family faces tough obstacles, but faces them together and reminds each other that family will always be there no matter what.

The amazing cast is composed of mostly Hispanic/Latinx characters and actors. The stunning Justina Machado brings surprising depth to Penelope Alvarez, who is a single mother of two kids. The regal and poised Lydia Riera (Rita Moreno) is a Cuban-American grandmother that sticks to her traditions in all occasions. Isabella Gomez plays the hotheaded and intelligent Elena Alvarez, who is the daughter of Penelope. Marcel Ruiz plays Alex Alvarez who is a typical self-absorbed teenage boy with a heart of gold. This amazing cast is supplemented with a loveable-hipster named Dwayne Schneider (Todd Grinnell) — who is the building owner and slowly becomes a large part of the Alvarez family.

The writing is smart, witty, and sophisticated, but also somehow manages to bring big abstract concepts into a personal realm. The characters are developed in such a way that it brings new meaning to the visual form. The representation of Cuban-Americans, and to a larger extent Hispanics/Latinx, is done with such a precise and delicate hand that it manifests itself into a portrayal that is both heartfelt and relatable. The writers must spend hours carefully crafting their gentle prose while squeezing out every bit of comedy from their actors. The writing is able to give voice to an underrepresented minority in America. It has become a popular show that it has managed to gain a third season on Netflix.

The long-awaited season three of One Day At A Time comes out today on Netflix with anticipated guest star, Gloria Estefan. The Cuban-American singer, songwriter, actress, and cultural figure makes her appearance in the first episode of the show. The comedic drama showcases a plethora of events that range from political, to attitudes on culture, society, and tradition. These broad and overarching topics reach all walks of life. Gloria Estefan plays Lydia’s sister, Mirtha, who is referred to as ‘La Diabla,’ which translated means She-Devil.  The primary conflict between these two lovely sisters spins and develops in humorous ways. The dispute between who had the mantilla veil soon takes a backseat to larger gay issues in the Hispanic community.

The new season follows the trend of never shying away from hard topics. Topics like consenting in relationships, sex, drug use, alcohol abuse, mental health, and sexuality. The first episode takes up the subject of acceptance. The question of coming out as gay moves from being a subplot to taking center stage, as most gays often do! A real discussion on gay issues is brought out and dealt with, specific as it pertains to Hispanic/Latinx cultures. The fear of rejection from family, being judged, and being an outcast are all very real fears most gay teens have. The strong-willed zealot Elena, finds it necessary to help her aunt come out.

Many brilliant points are brought up as they pertain to the theme of cultural acceptance of the LGBTQ community. While our loveable Elena always fights for social and political equality for queer people, she sometimes crosses a line of outing when some would prefer not to. Elena’s aunt Pilar lives at home with seven cats, drives a motorcycle, and has a one bedroom apartment with her longtime roommate Susan.

A more than stereotypical portrayal is seen — but is shrugged off as many Hispanic families do when a topic of this caliber reaches them. These two strong women discuss the reality that many find themselves in after many years of anger and passionate debates. Pilar makes an ardent speech on the process and stages of “gayhood”. This leads to the pivotal question that some marginalized folks find themselves asking, like myself “Yeah, I’m gay, but why is that the only thing that defines me? I’m also a person.”

It is thought-provoking ideas and scenes that are so wisely fashioned that make this show a must watch for those wanting to understand other cultures, or perhaps see reflections of one’s own culture. Like any other show, there are aspects that falter and stumble, but ignoring those faults, and seeing the show’s attempt as a movement for inclusion does a lot for minority viewers.  The show could stand to show less mainstream messages and views, but it is in the end just a show, and it works hard to make viewers laugh.