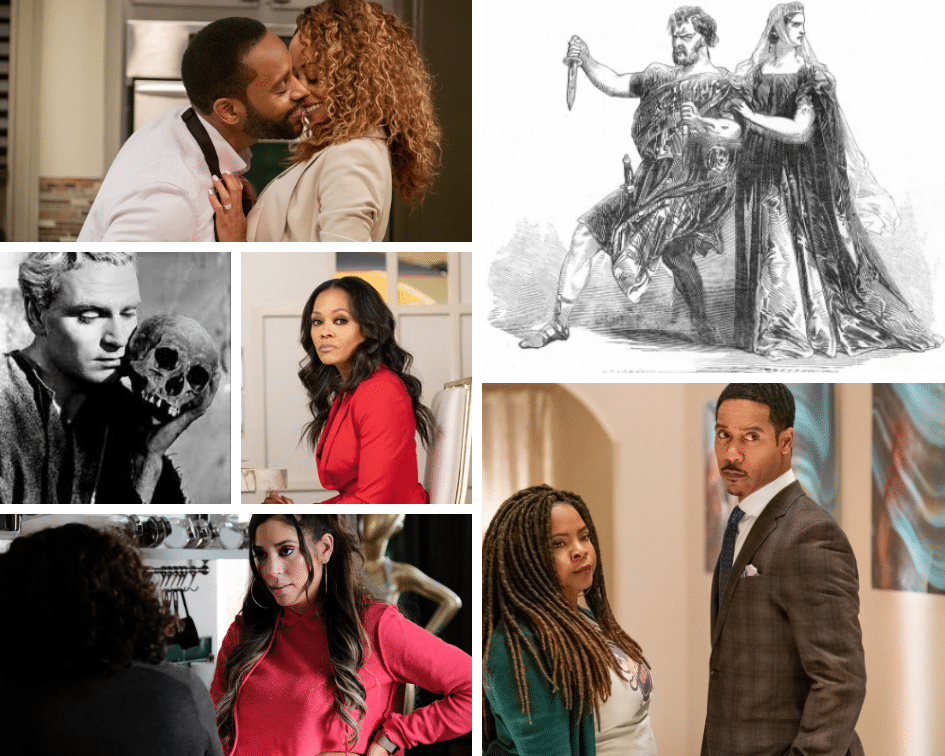 Ambitions is a new and juicy soap opera on the OWN network.

After watching the first three episodes of this dramatic and action-filled show, I can say without a doubt that Ambitions hits all of the right beats! This multigenerational family saga deals with some of the most powerful and deceitful players in the city of Atlanta.

There is Stephanie Carlisle (Robin Givens), the wife of Atlanta Mayor Evan Lancaster (Brian White), Amara Hughes (Essence Atkins), a lawyer in U.S. Attorney’s Office who has newly arrived in Atlanta with her husband, Titus Hughes (Kendrick Cross), Rondell (Brely Evans), Atlanta Mayor Evan Lancaster’s sister, who runs a not-quite-profitable restaurant called Thelma’s Place and Bella (Erica Page), a fashion designer in Atlanta who designs all of Stephanie Carlisle’s dresses for her. And of course like all great soaps these relationships are all romantically interwoven with each other and hit all the right notes for those big soap character archetypes.

However, what makes Ambitions stand out are the storylines and relationship parallels with some of the most famous Shakespearean tragedies! As Stephanie’s mom, Mrs. Carlisle brilliantly says in episode 2 of Ambitions “the classics never get old”.

Most of us know the general story of Hamlet or we at least know the story of the Lion King.  A shady brother exacts revenge on the other sibling because of some unjust event that occurred in the past. Ambitions loosely depict this with the relationship between the two sorority sisters from Spelman —  Stephanie Carlisle and Amara Hughes. Without giving anything away, I can say that their relationship was formed through a lifetime bond of sisterhood until one of the ladies betrayed the other in the ultimate break in girl code and the other sorority sister is seeking revenge some 20 years later. 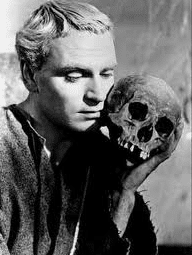 The ladies’ rivalry is filled with twist and turns that will have you reassigning who really is Mufasa and who is Scar with every new revelation of their backstory. I believe the Stephanie and Amara’s relationship is going to serve as the lifeline of the show because it is both meaningful and entertaining! I hope their relationship does not end like Claudius or Scar but Ambitions is unpredictable and so are these ladies, so who really knows?

Stephanie Carlisle is a nuanced Ice Queen who conflates traditional morality and immorality lines constantly. However, she is a powerhouse of a human who hits her goals by any means necessary, so it’s a normal thought to think, who was she raised by? And the simple answer is wolves, or as I like to think of them, Macbeth and Lady Macbeth. 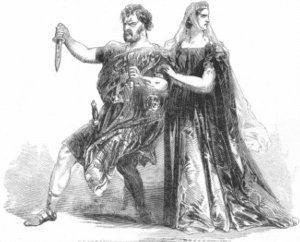 Stephen Carlisle is Stephanie’s father and he has all of the ingredients of Macbeth, he is insatiable, he has power ambitions for its own sake which is the moral of the Shakespearean tragedy. Mr. Carlisle is a cold and overbearing father, whom Stephanie is at all times seeking approval from. Their relationship is complicated, to say the least, but after the first introductory scene of the two of them interacting, Stephanie’s personality makes perfect sense.

Mrs. Carlisle is low key my favorite player in the entire game of Ambitions. Just like Lady Macbeth you are never quite sure if she is a victim or a villain in the entire story. Her character is absolutely brilliant and seems to have knowledge of everything. Ambitions doesn’t exactly play the introduction of Mrs. Carlisle quite like Shakespeare introduces Lady Macbeth, however, the more the layers of her character is revealed the more you begin to question who is really making these callous moves in the Carlisle household?

The Carlisle’s are definitely a B storyline throughout the show, but their relationship is complicated and entertaining. They are the quintessential example of life partners and I look forward to the reveal to learn exactly what their “big” ambition is.

Now, I know we all have seen, or read some variation of the tragic tale of two young people who are born in the midst of feuding family rivalries that betray everything they have been taught for their love. I personally am anti the traditional Romeo and Juliet story of two lovestruck teenagers that confuse lust for love and idiotically kill themselves. However, the Romeo and Juliet storyline in Ambitions is so good and I just know it’s going to break my heart but I am here for the ride! 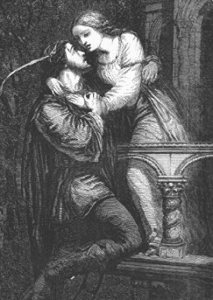 In Ambitions, the Carlisle family does philanthropic work and fundraisers to raise awareness on the Opioid crisis that has stolen the life of Stephanie’s sister, Tracy, who overdosed on a drug from Purifoy Pharmaceuticals. Naturally, the elite and powerful Carlisle family is in a feud with the Purifoy family (the perfect set up for the Montagues vs Capulets).

Without giving anything away, Stephanie and Evan Lancaster have the sweetest, most innocent daughter in college who is a theater major named Carly  (Kayla Smith). She is Ambitions’ Juliet. After only three episodes I can’t quite call it love between Carly and Romeo, but the nature of Carly and her Romeo’s love is intimate, intense, and done in secrecy. I believe everyone who watches will root for them, or at minimum root for the happiness of Carly. You know just how deep the feud of the families is, and you know this relationship is doomed. There is even a Mercutio, Titus Hughes, Amara’s husband who works as an attorney for Purifoy Pharmaceuticals