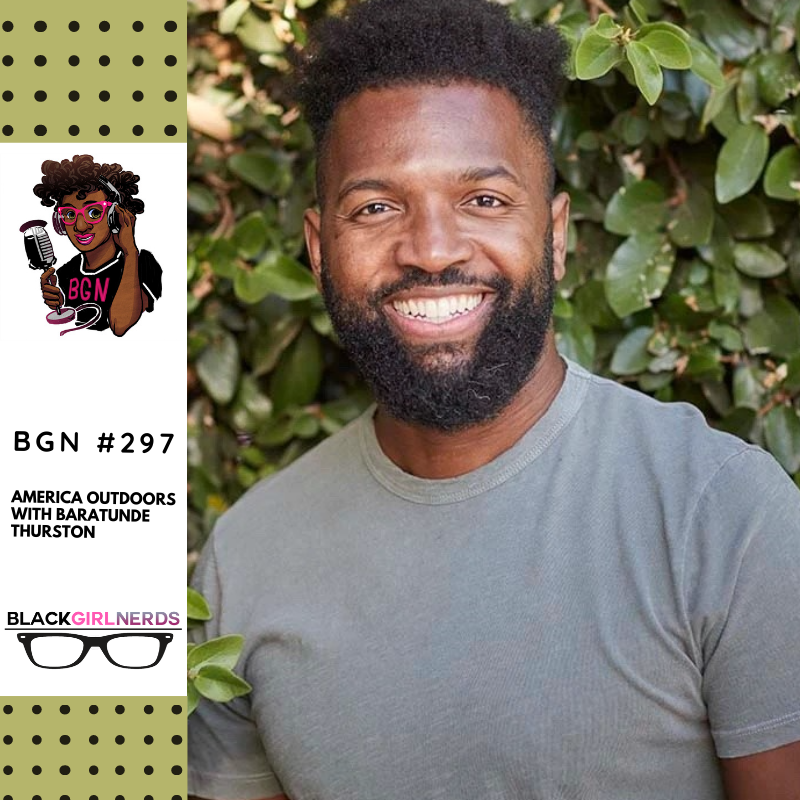 In this week’s episode of the Black Girl Nerds podcast, we chat with Emmy-nominated host Baratunde Thurston.

Thurston is a visionary known for his thought-provoking conversations where he integrates his one-of-a-kind humor and insight to shine light on the world’s complex nature within themes of race, politics, technology, and more. His compassionate voice offers a grounded honesty, in which he displays during America Outdoors, where Thurston will spend quality time with an array of characters whose outdoor lives are shaped by where they live. The series includes various episodes that cover various topics ranging from modern homesteaders living alongside grizzlies in Idaho to Black surfers catching waves on Long Island. Thurston will reveal a deeper understanding of our passionate yet complicated relationship with the outdoors.