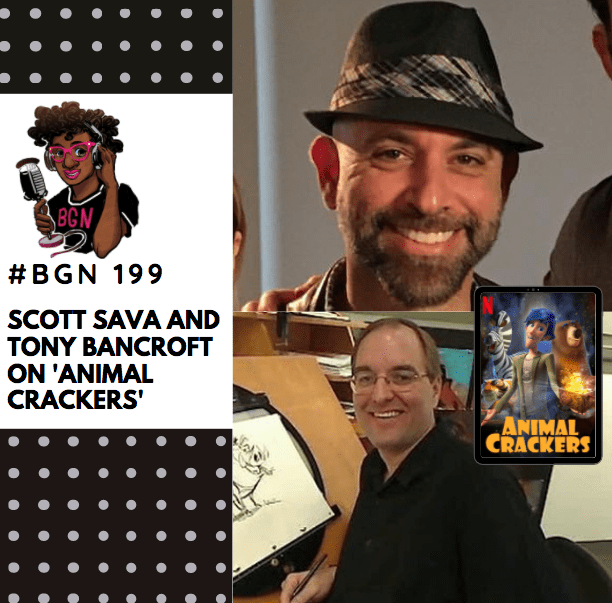 The directors behind the animated film Animal Crackers sit down with BGN to talk about the film and how they put the star-studded cast together.

Scott Sava (based on his graphic novel of the same name) and Tony Bancroft (Mulan) discuss the origin story of how this film was brought to Netflix.

Animal Crackers is about a family who must use a magical box of Animal Crackers to save a run-down circus from being taken over by their evil uncle Horatio P. Huntington.