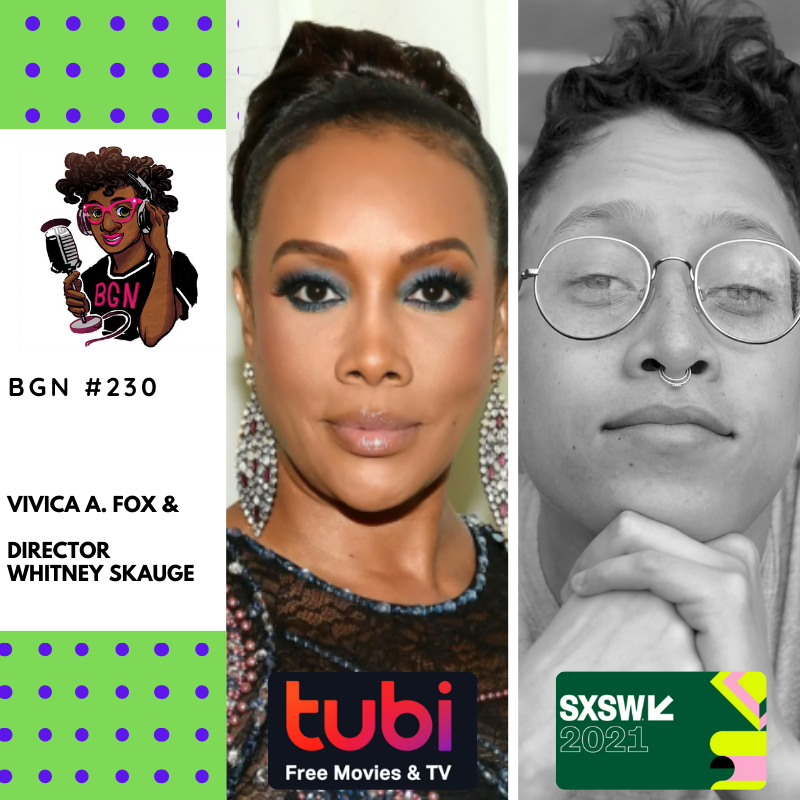 In this 2-part episode of the BGN Podcast, we welcome legendary star Vivica A. Fox and filmmaker Whitney Skauge.

Vivica A. Fox has an extensive catalog of her film’s on Tubi’s streaming service. Her talk show Cocktails With Queens (on FOX Soul and Tubi) recently launched FOX Soul’s Screening Room, is a weekly, hour-long program meant to highlight and celebrate short films created by Black filmmakers also hosted by Vivica A. Fox.

Coming to the 2021 SXSW film festival is the short documentary The Beauty President directed by Whitney Skauge. The Beauty President asks the question, “If a bad actor can be president, why not a good drag queen?” In 1992, Joan Jett Blakk made a historic bid for the White House as an openly queer write-in candidate. Today, Terence Smith, the man behind the persona, reflects back on his place in gay rights history at the height of the AIDS crisis.