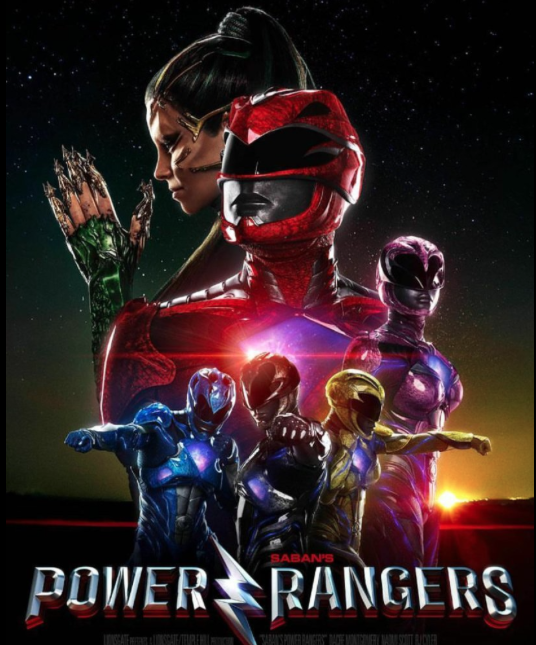 The Power Rangers have been a staple for every child for over twenty years. The latest film, directed by Hollywood newcomer Dean Israelite the film strives to be both kids film, fan recall, and 80’s teen movie. The end result is a series of excellent decisions that didn’t quite reach fruition.

The film plays like an extended episode making several call backs to the original pilot. All the main characters share names with the original rangers. Their associated colors and drives remain the same, but their backstories are given an appropriate update.

Visually the film is a lot of fun. The new see-through mech suits don’t look practical for fighting, but the reality was thrown out the window a long time ago. The choice to lean into the alien history of the franchise was a smart one. Unfortunately, there’s nothing else new to see visually.

The movie opens on Jason Lee Scott, Dacre Montgomery, quarterback of Angel Grove’s football team as he tries to steal the rival’s team mascot. This stunt ends in a car accident, a broken leg, house arrest, and detention. We’re soon introduced to Billy, a kid on the spectrum who needs Jason’s help to get him to the infamous mines. Jason is shown to be an 80’s style hero, cool and collected in the face of bullies, but uninterested in those he’s helping. 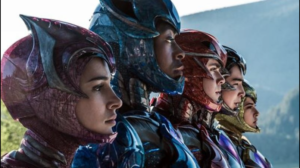 Similarly, seeing a Ranger on the spectrum is incredibly exciting. But where he resides on the spectrum isn’t kept consistent throughout the picture. At one point Billy confidently asks not to be hugged. But forty minutes later we see him leap into the arm of the team’s leader. 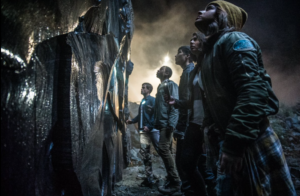 Trini is dealing with issues at home. Her mother, desperate to connect with her daughter, asks multiple questions in a row demanding quick answers. The lack of communication Trini has with her mother is putting a strain on her parent’s relationship. At one point one of the Rangers asks Trini if she’s having boyfriend problems. When she remains quiet he asks, “Girlfriend problems?” Her response is lackluster. Something about her parents not understanding her and wanting to change her clothes.

This is my biggest problem with Power Rangers. The film shows diversity but doesn’t explore what it means to be another in a diverse society. No one had to adjust or learn how to be a good friend to Billy. Trini doesn’t question her sexuality. Jason, the white jock, is still at the helm of the team. The audience is told he’s a leader, but the only leadership skill we see is his ability to listen to his friends. Which is nice, but will not prepare a person for combat. 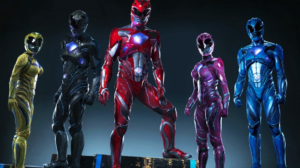 One of the highlights is Kimberly Hart’s, Naomi Scott, storyline. This paragraph contains major spoilers. When she’s introduced she’s not only in detention but being bullied pretty intently by two former friends. Eventually, we learn that Kim shared nude photos of one of her friends with a boyfriend. The struggle young women face with social media and bullying is well explored.

Bryan Cranston does an amazing Zordon. His voice acting brings a sense of passion and longing to the character not seen before. Elizabeth Banks shines as Rita Repulsa. Though she often looks less like a villain and more like a model strutting down the catwalk she understands the camp of the film and performs accordingly.

Overall the film will be a big hit with the ten and under crowd. The thirty minutes of training montages and robotics are just exciting enough to detract from the weak storyline. There is a cameo from two original rangers in the film and the theme is even played, even though it isn’t given it’s rocking due.

There’s a lot to enjoy in Power Rangers. The young kids cast are fun and adhere to the original camp but give it a Hollywood glamor feel. The adults are all stunning. Bill Hader as Alpha 5 steals nearly every scene he’s in. But, the overall final product is another Transformers, adequate but not stunning.