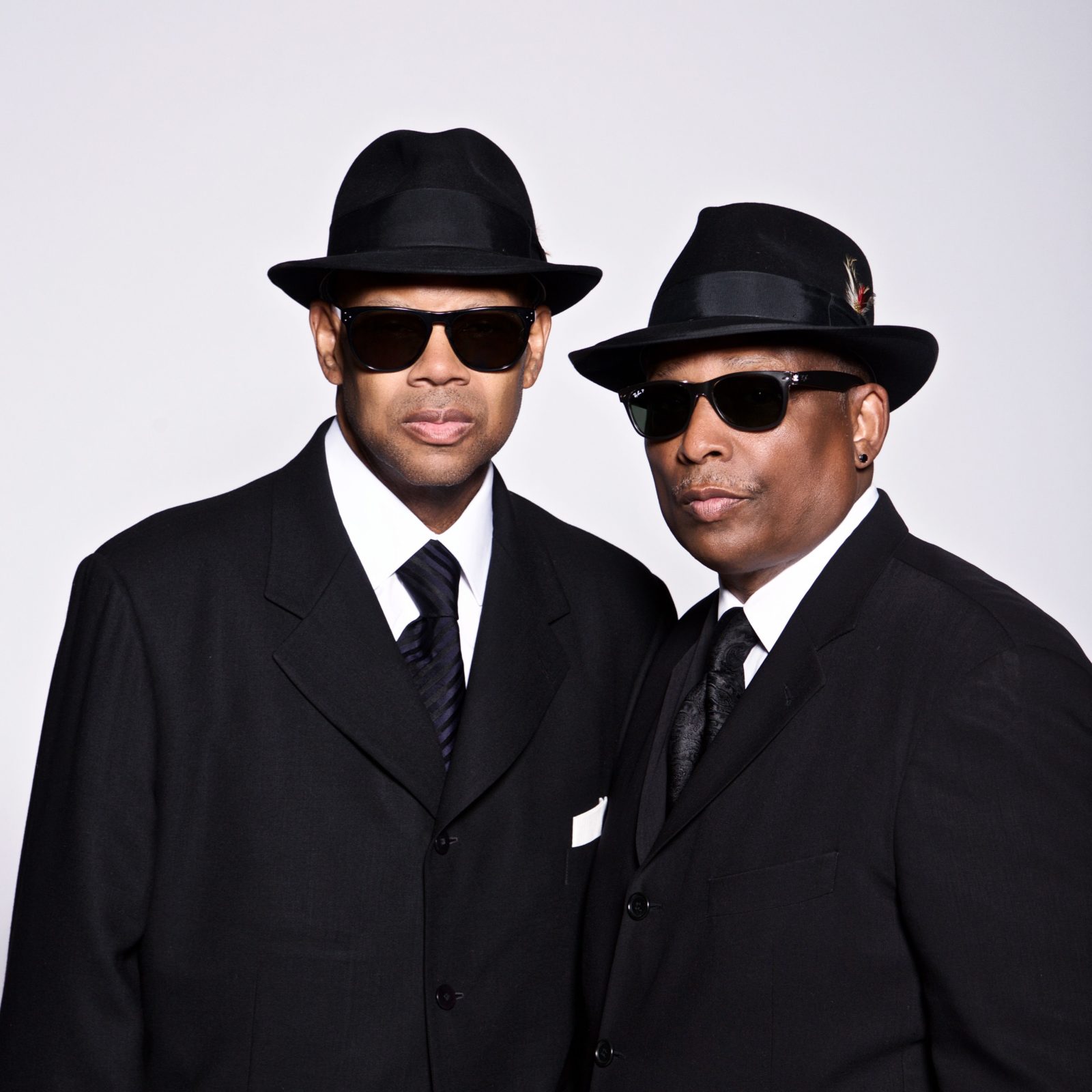 Jimmy Jam and Terry Lewis are legends. BGN spoke with Jam and Lewis via Zoom about their creative process, presenting at the 2021 Billboard awards, and how they maintain their long-lasting partnership.

Your song “Optimistic” is a motto for everyone. What was your inspiration?

JJ: When we started Perspective Records, we wanted to do music that we felt wasn’t being recognized by other people. The artists are the people that always inspire us to write the songs. In writing “Optimistic,” Sound of Blackness’s voices, their delivery… I always say it’s the song that God wrote. God writes all the songs, but he literally put the pen in our hands and just allowed us to deliver it. It’s easily our favorite song not only because of the song’s technical craft but also because of the way that it made people feel. That was always the magic of what music was. Music is the divine art. God’s language to me is music, that’s why you feel it in your soul. Whether you know or understand the words, when that beat happens you just feel it right down to your soul. The fact that “Optimistic” continues to have relevance in people’s lives is the goodness of what music is and why we’re so proud and privileged to be a part of doing it at the 2021 Billboard awards.

As one of the many people who were the architects of the Minneapolis sound, please share how that Midwestern Blackness crafted your artistry and musicianship.

TL: First I have to pay all respect to Prince, who would be first and solely the architect of the Minneapolis sound. We are his disciples. We grew up in a city that had very little, if any, Black radio. Our Black radio station stayed on from sunup to sundown. So in winter at 5:00 p.m., it was gone. That made us listen to all types of different music and musical genres, and we were affected by that. When I met Jimmy Jam his favorite group was Chicago. We were like, “Okay, do you know about Earth Wind and Fire? Do you know about New Birth?” We exchanged music, and those things go into that hodgepodge of material that’s in your brain. We also had to learn everything that would give us the opportunity to play. There were no opportunities for bands like us or for people that look like us to play, so we had to create the opportunities by being versatile. The other thing that caused the Minneapolis sound to be what it became is technology. We were in that transitional period where we had to learn how to play real instruments, then technology came along. You heard Sly Stone play the Farfisa organ, along came the polyphonic synthesizer that Prince used that as a replacement for horns and orchestration, then the drum machine came along, and thus the Minneapolis sound was born.

Your song “New Agenda” is my personal anthem. It’s a blessing for Black women.

JJ: “New Agenda” was really Janet [Jackson]’s idea. She wanted to work with Chuck D. There was a certain sonic that would work. It was the Public Enemy sonic, which was a sample driven hip-hop based thing. That was the kind of the way we went with the music. Actually, the sample in the song is a sample of ‘Superwoman,’ by Stevie Wonder. I thought that was appropriate. It’s very subtle. Any shine that song gets is wonderful.

JJ: The story that comes to mind isn’t necessarily backstage but it was when we were recording the song “Scream” with her and Michael together in New York. It was interesting watching their relationship. They obviously loved each other, but Michael was very competitive. When Michael finished singing his part, which was absolutely amazing, Janet was supposed to go in to do her vocal. She just kind of leaned into us and she said, “I’ll do my vocal in Minneapolis.” She didn’t wanna follow Michael at that point. She went on and sang her vocal in Minneapolis. Michael liked it so much, he said, “She sounds really good!” Then he wanted to come to Minneapolis to do his vocal so he did. They just kept on like that, right? So it was kind of a kind of a sibling rivalry type of thing but it was great.

How have you been able to ride the waves of chaos in the industry and maintain a partnership for over 40 years?

TL: We give each other respect. This musical journey that we’ve been on for 40+ years has been fantastic. We work with so many incredible people. Success is only great when you share it with people you love, and I love this man like no other. It makes it very simple for me to just want to keep doing music because I love music and I love him, so doing it together is just a natural thing.

JJ: When we first started, we decided we wanted to work together and continue our friendship. The first thing we did was a 50/50 handshake deal, no paperwork, just 50/50. We said no matter what we do, we split. By doing so you eliminate basically 99% of anything you’re going to argue about. On the creative side, when you songwrite with people it’s always, “Well, that was my hook, that was my lyric, that was my idea.” Then you’re arguing over, 13% here and 15% here and a bunch of crazy stuff. We’re 50/50. I always say we never really “argue” because an argument is something that you’re trying to win. If I win an argument that means Terry’s lost the argument, and I don’t want to see Terry ever lose anything. It’s not about my way or his way, it’s about finding the best way together.

What are the factors that have played into the hip-hop and R&B sound changing from what it was in the 1990s to what it is today?

TL: When we first started there were “governors of Blackness.” They would tell you that you couldn’t say certain things because those things would be detrimental to the community. Berry Gordy was one of the biggest known people like that. They wanted music to be positive, wholesome, because you are what you consume. Those governors taught us how to make music that was nourishing. When those companies were bought up, or people retired or quit or died, things started to change. White boys started being in charge of our music. There was one instance where we sent our writers to this annual forum and a guy from one of the labels told the writers, “If you bring me anything positive… you need to take that sh#t to Barry. We want the lewdist, crudist music you can make.” He was addressing a whole room of Black writers, and that pissed me off to no end. So the next year I said, “Oh, I’m coming, because I DARE somebody to say that in the room with me.” I asked the writers, “Do you like the music you’re being asked to make?” They all said, “No.” Because they’re not free to be creative the way they wanted to be creative. In order to get placements, they were forced into making music that they didn’t agree with. So, there goes how the music changes. You get forced into a position that if you want to get a placement, you have to make this kind of music. Music is being influenced by things other than the music maker, which I think is not good sometimes. I think we need to just make the music that we feel is necessary to nourish our people and our communities.

TL: Right now? Talking to people like you. And seeing Terry, my partner for life.

Jimmy Jam and Terry Lewis will be presenting the performance of Sounds of Blackness ft. Ann Nesby from Paisley Park at the 2021 Billboard Music Awards airing live from the Microsoft Theater in Los Angeles Sunday, May 23, at 8:00pm ET / 5:00pm PT on NBC.