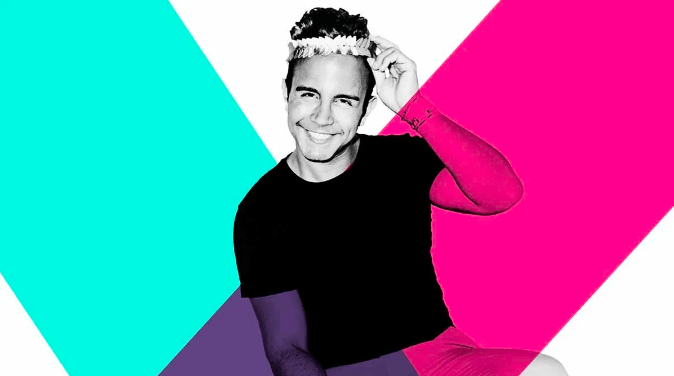 The anticipated Putting On Season 2 (2020) is finally unveiled and available for streaming. The show has it all: hot models in underwear, wine, drama, and even a heartwarming relationship. The reality show follows On Mekahel on his journey to build and maintain his clothing and cosmetic empire. While he further establishes himself professionally, he also manages to find the love of his life along the way. All of these stages in On’s life are a culmination of what many gay boys one day hope to achieve: a career they love and a person they can fall in love with every day.

Step aside Andrew Christian, there is a new underwear fashionista on the rise and his name is On Mekahel. Now that On is a fashion designer, he is a quintuple threat — actor, reality star, underwear model, cosmetic creator, and now clothing brand maker. He has found a new home for his talents and is now available on Revry. They say that reality TV is where untalented people go to get rich, but that just isn’t the case with On. He does have all the qualities of a reality star: great looking hair, self-importance, and imperiousness. While most reality shows are seen as unrealistic, trashy, and even at times, over dramatized, Putting On somehow manages to work.  There is something about watching On Mekahel break down because he is not able to make a birthday weekend or doesn’t get his shipment the day he wants it that really draws you in.  The story that unfolds is one of decision making, attention to detail, and at times overspending that will have you invested in his life.

Season 1 of Putting On (2018) is a mini six-episode series that is laced with struggles. On is a 23-year-old ambitious entrepreneur launching his business from the ground up in New York City. Since On had previously been an underwear model, he has a vision for his brand — MO Underwear — and his hair. On makes a point of always having his business hair on point when in public. His personality from the start is work-focused, assertive, and even a little overly meticulous at times. He, along with his business partner and ex-boyfriend Mateusz Pach, dominate the first season as they attempt to navigate their relationship and their business. Throughout the season, tensions run high as they try to figure out their living arrangements, partnership, and business decisions that affect them both.

The season continues to be a full disclosure of On’s personality and professional desires. Like with any reality show, the highlights are always done in the editing room where they are amplified with music and camera angles. Banal scenes like missing someone’s birthday become more dramatic, and every aspect of a difficult discussion broadcasts some emotional tears that are shed on camera when they have to decide if they will continue to be partners or not. The season finally ends on an inspiring note. If On has the ability to start up a company, then maybe we all might have the same ability to do so, and in a way, that could mean we might be able to also find someone who can care for us.

Season 2 takes place two years after the first season, and neatly stiches together all the changes that have occurred. On Mekahel and his soon-to-be-husband are making the shift from NYC to LA, and it is not without its challenges. On and Mateusz have broken up, and On is now engaged to Dave Cederberg, recently released from jail. Apart from being on parole and unable to travel for the wedding that is meant to take place in Israel and France, Dave is currently married to his female best friend, Emma. Emma proves to be a challenge to get in contact with to solidify the divorce. Meanwhile, On is dealing with all these new adventures while also focusing his ever-changing company. He is diversifying his brand and his models to fit the changing body shapes of his target audience.

Where the first season of Putting On is hopeful, the second season delivers on that promise with a dreamlike photoshoot of their wedding. With the lovely music of “Lost in Your Eyes” (featuring Anja) being played, the scene brought a hopeful tear to my eyes. Both the groom and bridegroom are in classic black and white attire. The photos are taken in Paris, the most romantic place possible. With every single shot and every kiss between them, the dreams of being able to live happily ever after somehow doesn’t seem so impossible. While looking at their pictures, videos, and song, I can’t help but to think, “I want that.”

Putting On is intriguing, imaginative, and even a little romantic. It has what teenagers and adults dream about: making their mark on the world. What makes this show so entertaining is that you really start to feel something for these characters. With its humorous scenes, dramatic moments, and well-placed breakdowns, each episode draws you in a little closer to On Mekehal and his hubby. If anything, Putting On should be put on your watch list for the models, as well as the fashion. With the current pandemic, what better time than now to watch something that reminds us all that our dreams are possible.

Putting On is now available to stream on Revry.