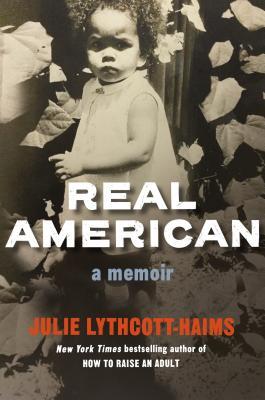 Real American, a memoir written by Julie Lythcott-Haims, is a process of socialization and cultural acceptance. Lythcott-Haims, a New York Times bestselling author of How to Raise an Adult, invites us into her life experiences over a series of prose. Prose that will make you laugh, scratch your head (only 3 visits to a black salon), and cry.

We’re introduced into her world with a question that most well-spoken black folk have been asked, “Where are you from?” A loaded question masked as an innocent one. Lythcott-Haims hits the nail on head when she writes, “The truth is, that’s not what they were asking”. There is an unintended racial bias with that question. It isn’t about understanding someone but more so classifying how they occupy a space that you thought was closed off to them. It is a microaggression. And Lythcott-Haims has spent her entire life experience haphazardly dodging microaggressions whilst making those around her comfortable with her otherness.

Lythcott-Haims is the byproduct of a Black father born in the Jim Crow South and a white British mother. Her parents met and fell in love in Accra, Ghana.  Lythcott- Haims, born in Nigeria, spent the first three years of her life living in Nigeria, before moving to New York City, Northern VA, and Wisconsin. She eventually settled in Northern California with her husband, Dan.

Most of the microaggressions Lythcott-Haims experienced whereby her white peers in high school, college, and law school. However, her father put her in a position to have these experiences. He made the active decision to relocate his family from racially diverse Washington DC to rural Wisconsin. A town 45 minutes outside of Madison with only one other black family.

Lythcott-Haims recalls the time a neighbor’s daughter mistakenly thought her father was the gardener. The daughter with a racial prejudice she didn’t realize she had, couldn’t understand a black man owning a home within that town. Many fathers, of all races, mow their own lawns but when spotting Lythcott-Haims father proudly riding his lawnmower around his yard, she assumed he was the gardener.

Adolescence in Wisconsin was difficult for Lythcott-Haims. She experienced blatant racism on her 17th birthday when a classmate attempted to write Nigger on the birthday decorations covering her locker. Her inept classmate wrote, “Niger”, instead, but even in his error, he inflicted damage on Lythcott-Haims that would last a lifetime. Her father also explained to her that white boys will only be your friend and never your boyfriend, leaving her insecure and begging the question, why did you bring me to this town?

Lythcot-Haims spent her college and law school years living up to expectations that weren’t entirely hers but the expectations of peers, whether real or perceived. For example, she took classes that didn’t interest her at Stanford only because her dormmate took those classes.  After failing most of her fall quarter, she eventually took classes that piqued her interest, leading her to public policy and political science. The high-powered job she landed after Harvard Law School in Silicon Valley was only because she didn’t want her peers to think she could only work within public advocacy or non-profits. The insecurities of Lythcott-Haim were exhausting and fascinating to read.

Lythcott-Haims met her husband Dan at Stanford. A white man who loves her even though her father once told her a white man would never be her boyfriend. Within her relationship with Dan, Lythcott-Haims becomes comfortable with her curly textured hair and stops painstakingly straightening it every day.

There is no doubt that she loves Dan and the life she has made with him. But she struggles with not being able to give her Black son a Black father, to help him walk this world as a Black man. In the same token, she also struggles to accept that her daughter is racially ambiguous. The clarity that she had gained in her relationship with Dan was eroded with her fears for her children’s experience in a world that isn’t always accepting of Black people and their lives.

Lythcott-Haims speaks very fondly of her father throughout her memoir, only criticizing him when she eventually has the courage to ask her mother why she let her father place them in such a white community. A community that left her feeling alienated, alone, and insecure.

Real American left me wondering if her life would be different if she grew up in the midst of a more racially diverse community or even among her black relatives. Instead of growing into an insecure and racially confused adult, perhaps she would have been a confident and thriving Black woman before the age of fifty.

Disclaimer: The author of this review received a complimentary copy of Real American.

Brittany M. Thompson is a writer living in Cleveland, Oh. A city she surprisingly loves. She moonlights as an account manager Monday – Friday.  You can find her tweeting about a little bit of everything @uptownbrittany