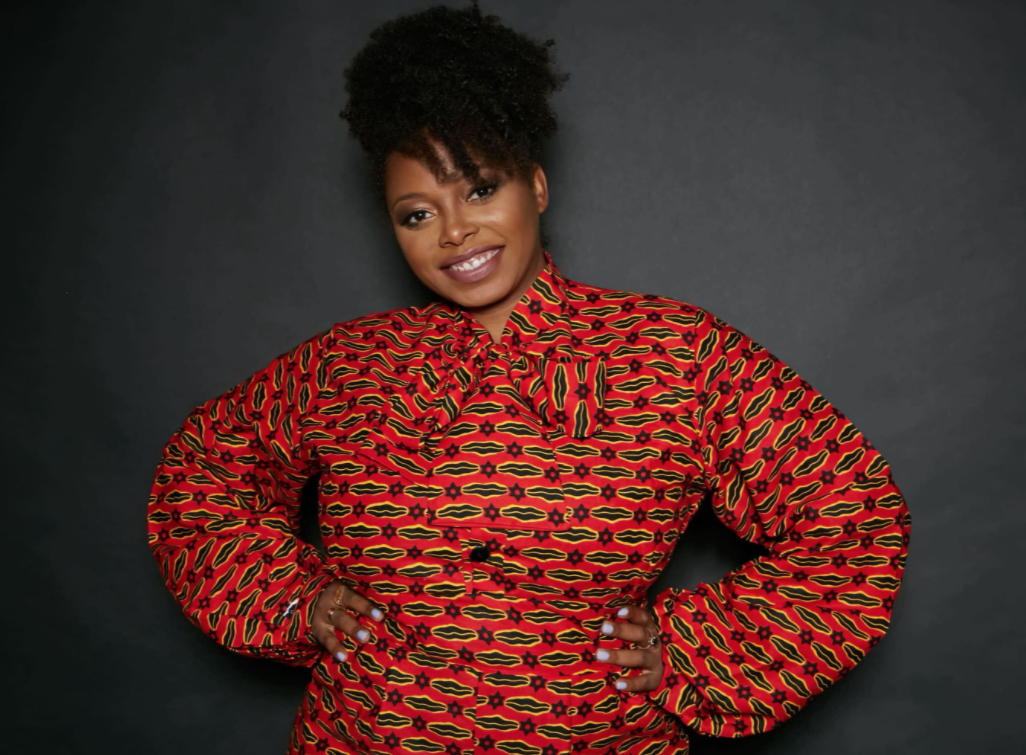 Harvard graduate Aaliyah Williams’ production company Just a Rebel is on the rise.  Williams produced Really Love, which stars Kofi Siriboe (Queen Sugar) and Uzo Aduba (HBO’s In Therapy). The film debuted in the top 10 films on Netflix. She also produced the critically acclaimed series about Black millennial women Leimert Park, which is streaming right now on BET+. Williams shares her wisdom with BGN about producing TV and film today.

What inspired you to create Just A Rebel?

At first, I just wanted to create a space for myself to only work on projects that I cared about with every fiber of my being. The desire to use content to create the world that progressive people seek without filters, sans a code switch, to shift the culture forward, was definitely a driving force. Ultimately, I wanted to create a company that will tell the stories and nurture the talent that will inspire the next generation of Black creatives. And have some fun while doing it!

As a producer, how do you decide which projects to support?

I’ve always been an avid reader and crave that euphoric feeling when you fall into a story and are completely enveloped in a new world and perspective that makes you feel something. As a producer, at the core, it’s all about the writing or, if we are at the very beginning, a kernel of an idea. It’s about a voice and a perspective that truly excites me. I have to believe in the writer or director and also know that I have creative instincts and ideas that can elevate and support their creative vision, in addition to seeing a clear path (or paths) of how to get the project made. And of course, the project must center a Black woman in some way. I am genre agnostic but having a three-dimensional central character who is a Black woman with agency is paramount.

Centering the voices of Black people has not always been popular. Now that it is, how have the challenges of producing changed?

Centering Black voices and championing talent from diverse backgrounds is definitely more popular at the moment, and hopefully, this interest and investment is sustained with the growing pool of incredible Black creative talent, which quite frankly has always been there, and with the empowerment of Black and like-minded executives on the buyer side. While I do believe that the door is opened much wider for our stories, it is still a challenge to compete for budgets and series order slots across the board. But this desire for Black stories does empower me and my collaborators to have forthright conversations about authenticity and making sure the development process is not reductive in any way of our visions for our characters, shows, and films.

If you had to choose between only producing television or film, which form would you pick?

Oh man, why are you doing this to me?! I so love both! And we need both!  But since you’re making me choose, it would be television. Television is an incredible opportunity to craft a world and characters that you can grow over time. It is an incredibly collaborative process at every stage of making the show come to life. In my opinion, it is the sweetest blessing to be able to bring together a village of writers, directors, actors, producers, and amazing crew season after season and have an audience want to take the ride with you again and again. Kudos to the current Black television shows that are bringing us joy.

Your film Really Love debuted in Netflix’s top 10 and has received critical acclaim. How has this impacted your production company?

I am so grateful that this film, which was made with so much love and incredible Black talent, has been so well received. The positive response has definitely been beneficial to my efforts to get some beloved Just a Rebel films off of the ground. There are two films that have some great traction right now. One is a big Black family holiday comedy, and the other is an incredible coming-of-age story about two best friends with the one goal of having the best senior year of high school possible. Both are written by the delightful Kimberly Nicole Walker. The latter will be Tiffany Johnson’s (Black Monday, Dear White People) feature film directorial debut, and I am wildly excited for Just a Rebel to be producing alongside Marsai Martin (who will also star) and her company Genius Entertainment.

Follow your gut. If this is what you really want, know that this road gets bumpy, so buckle up! Watch as much film and television and read as many scripts as you can get your hands on to develop your taste. Build your tribe of creatives that you can make stuff with — short films, web series, whatever your resources will allow. Track the companies and producers who make content that you love and seek internships or assistant positions to get plugged in and learn. In the beginning, this is very much an apprenticeship-type business. But also know that people forge their own paths in a million different ways, so don’t be afraid to forge your own.

What a dope question! I bought a home just before the pandemic locked us all down, and to get me through I adopted a rambunctious dog, Blue, who is beyond hilarious, and started a container garden. Whenever I cook with vegetables and herbs from my garden, it really is the most amazing thing. Yesterday I made a spicy egg scramble with red chili peppers that I grew and that brought me so much joy.