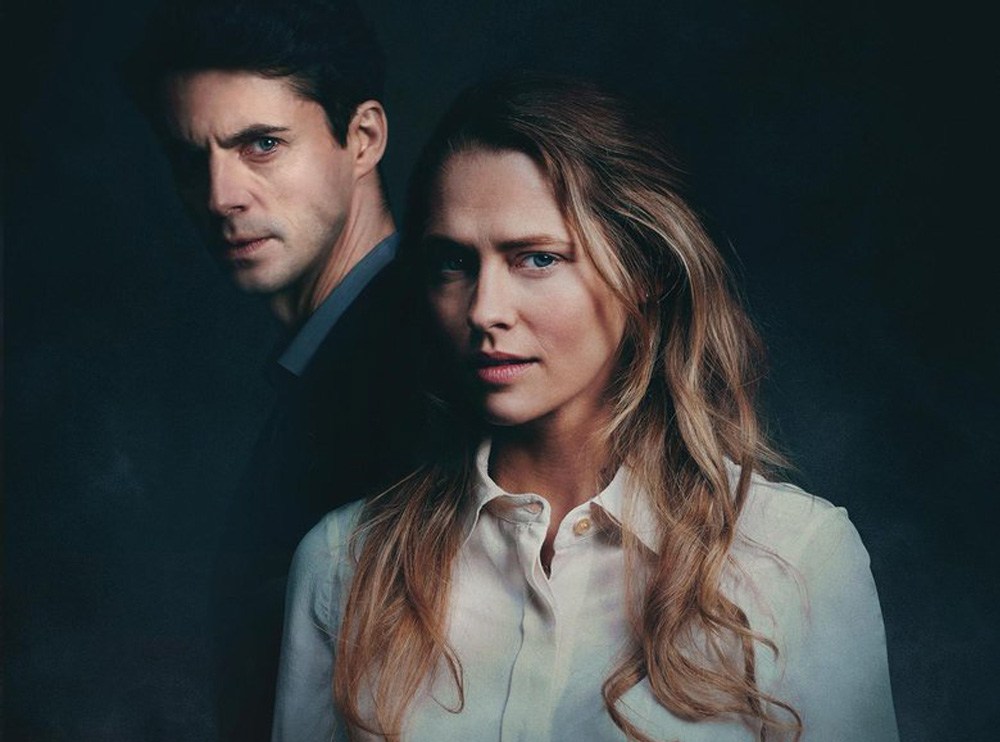 For years the power of supernatural creatures has been waning. Until historian and witch Diana Bishop (Teresa Palmer) discovers a long-missing manuscript that unlocks magical powers, finding herself becoming a linchpin between her own world and that of vampires and demons too. A Discovery of Witches, now streaming on Shudder, takes us into Diana’s growing world as she tries to negotiate her newfound powers and position in supernatural society.

Enigmatic vampire Matthew Clairmont (Matthew Goode) believes “The Book of Life” contains information about the origin of his species and also finds himself drawn to Diana on a far more personal level. This is one case of a vampire-mortal relationship that actually makes sense: As a genius historian, Diana understands 1,500-year-old Matthew in a way that others have not. Their connection is based on knowledge and awareness, not sexual obsession as in other vampire romance tales.

And it is this extreme valuing of knowledge and education that drives A Discovery of Witches almost as much as the love story aspect. Supernaturals have been searching for “The Book of Life” for centuries, and everyone has a pet theory on what it contains. Peter Knox (Owen Teale), a witch elder, believes the book contains the first spells that created vampires and demons. He wants the book so he can destroy these species. The demon elder Agatha Wilson (Tanya Moodie) hopes that the book will have answers to help save her people, who are dying of mental illness-related causes like suicide at alarming rates. Matthew also wants the book in the hopes of understanding why vampires are having difficulties siring new members. Vampires, witches, and demons must come together in their Congregation to figure out what to do about Diana, who refuses to call the book to herself again in fear that someone like Knox will use it as a tool of genocide.

Set in Oxford, Venice, France, and Madison County, New York, the erudite nature of this supernatural world abounds with rooms upon rooms of books as the backdrop for the ongoing action. The locations are gorgeous on the outside, with cinematic camera angles from above and below capturing the enchantment of each of these distinct places. But inside, the sets are equally gorgeous, with their extensive libraries of old bound volumes and warm wood tones. A Discovery of Witches is a gorgeous tableau, even if the idea of a gothic horror romance between a historian witch and geneticist vampire doesn’t grab you. Although, it’s really cute how Diana nerds out every time Matthew mentions some famous scientist he once knew like Darwin or shows her a personalized signed copy of Christopher Marlowe’s plays. Theirs is far more than physical attraction at first, which is so refreshing in a vampire story.

I was also surprised to see such great representation across the board. Powerful and vulnerable Black women like Agatha and Diana’s aunt-in-law Emily (Valarie Pettiford) bring strength and grace to the screen. I love the moment when Agatha points out she is the first woman of color to ever sit at the Congregation table and the undertone in her voice says, “It’s about damn time.” A Discovery of Witches even features a South Asian witch Sylvia Rattigan (Nila Aalia), who is also an elder. I’ve never seen a Desi witch on screen before — dabbling in Western witchcraft is something verboten in the South Asian community even though there are lots of us bad girls who do it anyway. Seeing Sylvia made my heart grow at least four sizes. And the fact that she’s an older woman to boot filled me with hope and a sense of future. I credit a writing room and director’s chair that featured a majority of women for these marvelous strides in representation.

A Discovery of Witches is also a relevant message of warning to our current events in the UK and America. Where there were once forced distinctions between witches, vampires, and demons, and prohibitions for interbreeding, those walls have begun coming down. We find out that Sophie (Aisling Loftus) is a demon born to an entire family of witches. And Matthew openly breaks the supernatural covenant by binding himself in love to Diana the witch. “I would like to propose a toast to unlikely friendships,” Diana’s Aunt Sarah (Alex Kingston) says, with the implication that just because historically their groups were in conflict doesn’t mean it needs to continue. Dismantling structures of power can only begin when we truly become each others’ allies, and in particular allies to the most vulnerable. Because of such equitable racial and cultural representation, the inter-species conflicts work on several metaphorical levels.

Although not all of the alliances are for the benefit of good, and watching the battle lines shifting as the story developed was an exercise in intrigue. Vampire Gerbert D’Aurillac (Trevor Eve) is a Lestat-level villain, and he was responsible for some of the show’s most disturbing moments. The Finnish witch Satu Järvinen (Malin Buska) seems to take her powers to a dark place. Or does she? Satu is my new favorite witch on television. A total badass, even though her allegiances remain unclear.

Even more than all of these delights, A Discovery of Witches is about discovering our hidden powers and the family secrets that bound them. It is a story about self-discovery and self-empowerment, and firmly centers the female gaze and female pleasure throughout. While I have to admit the horror romance angle gave me some unfortunate flashbacks to Twilight, the fact that Diana is a 30-something grown woman tempered some of my discomfort.

From its bold writing and lush cinematography to its production value, A Discovery of Witches is a solid installment in the gothic horror genre. I would have liked it to be a little scarier, especially since it’s being featured on Shudder. And the cliffhanger season ending was unfortunate. Those small quibbles aside, A Discovery of Witches is so beautifully done I might have to read the books now just to see what happens next.