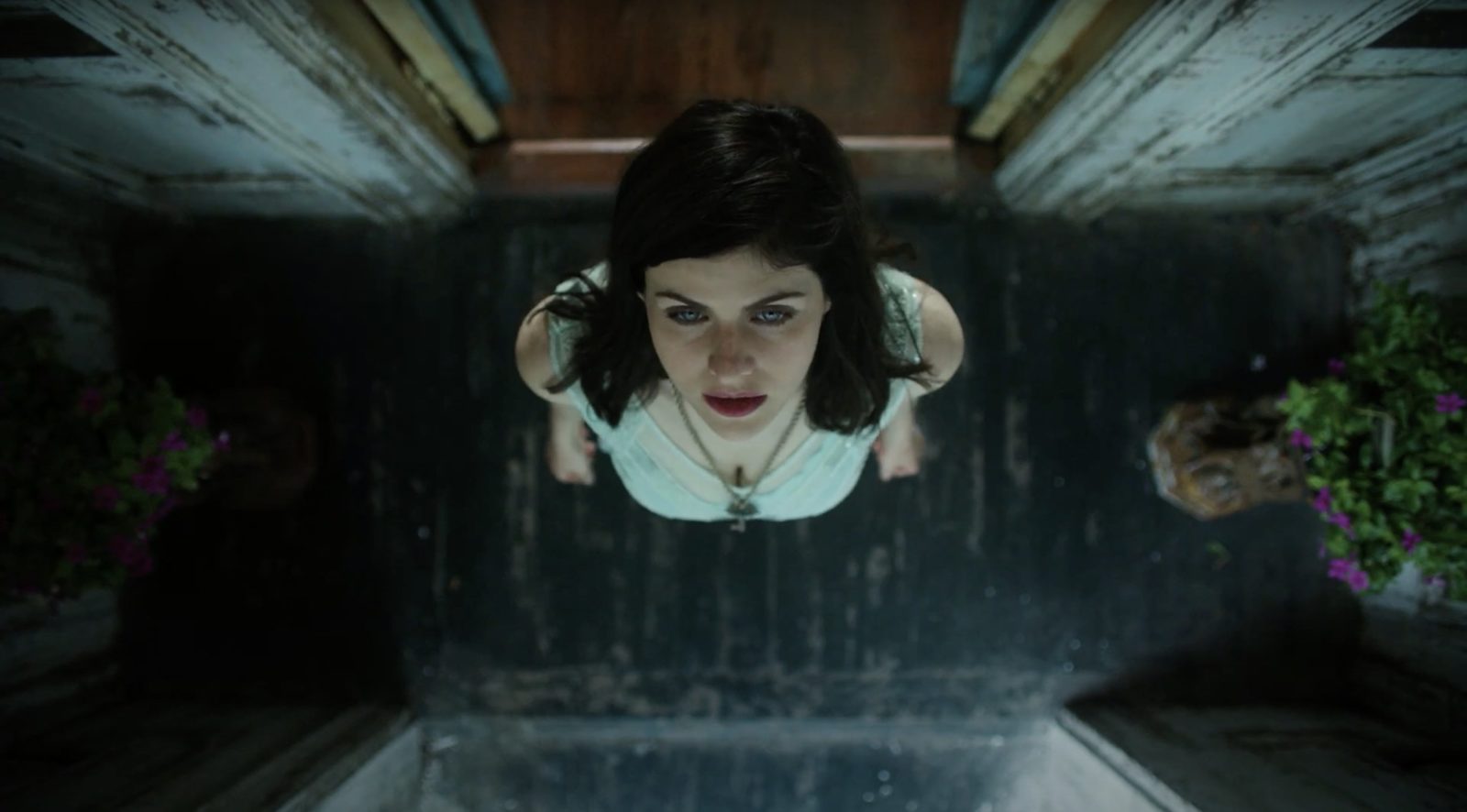 AMC expands the cinematic universe of late author Anne Rice, officially called the Immortal Universe, with an episodic adaptation of the 1990s novel trilogy Lives of the Mayfair Witches. Written and created by Esta Spalding and Michelle Ashford, both known for Showtime’s Masters of Sex, the supernatural drama follows the titular Mayfair family’s 300-year legacy of powerful, oft-doomed women. The eight-episode first season primarily focuses on The Witching Hour, the first novel in the trilogy, which is over 1,000 pages or 50+ hours on audiobook.

“The Witching Hour,” the aptly named first episode, introduces us to Dr. Rowan Fielding (Alexandra Daddario), a successful neurosurgeon working in San Francisco. She’s good at what she does and deeply cares about her patients. However, the doctor in charge still questions her abilities. When people start collapsing and/or dying around her, Rowan thinks there’s something seriously wrong with her.

After the tragic passing of her adoptive mother Ellie (Erica Gimpel), Rowan looks into her biological family, whom Ellie kept a secret. With all the weird and terrifying things she’s experienced and seemingly caused, she goes to her birthplace of Louisiana to search for her mother, discovering that she’s inherited the wealth of being a Mayfair, which comes with supernatural abilities.

She’s also in the early days of realizing a man is penetrating her mind. Lasher (Jack Huston) is a seductive shape-shifting demon who dresses well and has a penchant for tempting Mayfair women. In the first five episodes available to screen, we don’t learn much about his character other than his dark influence and devil-on-your-shoulder behavior.

Meanwhile, the secret society of paranormal researchers, as seen in Queen of the Damned and the rest of Rice’s The Vampire Chronicles series, the Talamasca has kept tabs on the unexplained events surrounding Rowan. Ciprien Grieve (Tongayi Chirisa) enters Rowan’s life as her newly appointed Talamascan protector, stalking her until they have an intense confrontation in San Fran.

Ciprien, an original character created for the series as a composite of the novel’s Michael Curry and Aaron Lightner, is an interesting character with a generous amount of screen time. I’d watch a series just following him investigating the dark history of the Mayfair clan.

As Rowan’s protector/observer, he’s empathetic and determined to keep her safe — and it doesn’t hurt that he’s attractive and has the most soothing voice. Although their first meeting is chaotic, when she gets to NOLA, they form more of a bond despite her guarded personality. Naturally, he becomes her love interest, and things get messy.

Rowan is a hard character to pin down at first but grows with each episode, which is largely due to the captivating Daddario. But while Rowan struggles to understand who she is, the audience is just as uncertain. Though she’s confident in her knowledge and abilities as a doctor, she’s also noticeably anxious, fidgety, and frazzled. She’s fiercely independent, a bit hardened at times, and emotionally unavailable to anything more than a casual hookup.

There’s a big shift between bluish and clinical San Francisco and the warm, golden-hued New Orleans. Ironically, the city that celebrates death as a joyous gathering and not a bleak day of somber mourning has much more life to it. In one episode, we see a New Orleans ritual funeral procession, essentially a parade of music, dancing, and high spirits. The makeup, costumes, and details are all fascinating. Easily my favorite scene in all five episodes.

Even Rowan opens up more when she’s in the city, though her mind alternates between confused, disoriented, uneasy, or in shock. To be fair, she has a lot going on and her family is a lot. She meets her manipulative great aunt Carlotta Mayfair (Beth Grant), who kept Rowan’s mother, Deirdre Mayfair (Annabeth Gish), in a drug-induced daze for years. Rowan doesn’t take a liking to her great uncle Cortland Mayfair (Harry Hamlin) either. However, the family patriarch with a taste for luxury and influence is much more pleasant than Carlotta, though hiding something.

The series also briefly takes us back to the 17th century when women work as healers and midwives in the town of Donnelaith, Scotland, who I presume are Mayfair ancestors. However, the series has yet to establish the relation between the two timelines more than halfway into the season, though it does deepen the series’ overarching theme: female oppression in a male-dominated world afraid of powerful women, particularly healers and doctors.

Like its main character, the tone of Mayfair Witches seems uncertain of itself. It gets off to a slow start but becomes a more intriguing story with each episode. With its impressive cast, lively (and spooky) New Orleans setting, and intriguing story, I’d say it’s a worthy addition to the “Immortal Universe.”