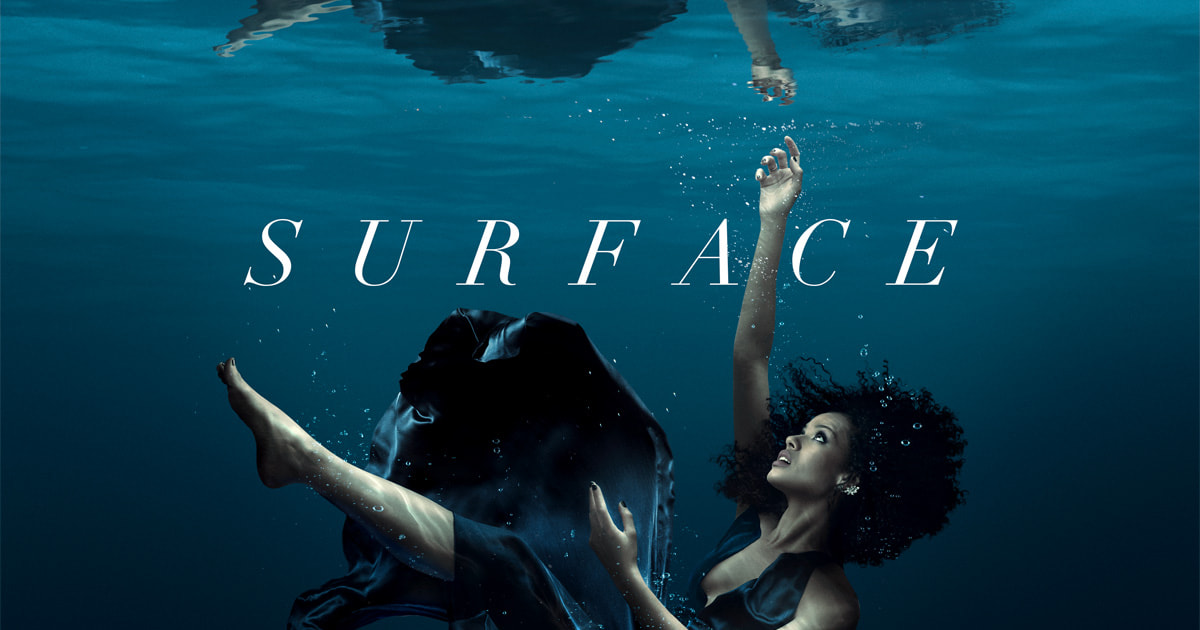 This is the question Sophie (Gugu Mbatha-Raw), the central character of Apple TV+’s Surface, asks her therapist. After suffering a traumatic head injury that leaves her with long-term memory loss, Sophie embarks on a brave quest to piece her life back together. However, she soon realizes that everyone may not have her best interests at heart.

Mbatha-Raw serves as an executive producer of the show, as well as leading a major series for the first time. She doesn’t disappoint with either role. There have been many amnesia dramas, but not ones that have women of color at the center.

Sophie appears to have the perfect life — she’s beautiful and she has an expensive wardrobe and jewelry collection, a handsome, wealthy husband, and a luxurious townhome that overlooks the San Francisco skyline. But after a botched suicide attempt, Sophie has amnesia and her life is out of balance. Her memories are gone. As the series progresses, there are suspicious circumstances at every turn that raises the questions: Why did she jump? Did she jump?

The questions push her into her own investigation of what really happened. Her husband James, played by Oliver Jackson-Cohen, tries to support her but he is definitely hiding something. He’s suspicious and controlling, telling Sophie what to wear and even takes conservatorship of her money.

Throughout the series, Sophie gets help from her therapist Hannah (Marianne Jean-Baptiste). This character made me cringe! Her “honesty” was traumatic in itself, and I felt like she was trying to keep Sophie in a needy, helpless space. This was my way of being protective of Sophie and not wanting her to feel worse than she already did.

Officer Baden (Stephan James) has come forth with incriminating evidence that matches Sophie’s suspicions about her husband. The chic but shady best friend Caroline (Ari Graynor) has her own secrets that mess Sophie up even more. Harrison is James’ friend — a real butt munch — who lives vicariously through James and is always so eager to help, even when it’s not asked for.

What I love about Surface is that everyone is messy. Everyone has secrets and shady behavior. Just when you think you’ve figured out who did what, another twist comes in. Sophie comes to realize that she can only trust herself. The show deals with trauma and recovery in a sympathetic way. We’re able to get a realistic sense of what Sophie is going through.

Because there are so many twists, it’s difficult to be supportive towards any one character. Since Sophie doesn’t remember anything, she can’t trust anyone. The result is that she is easily swayed by whichever way the wind blows, which was frustrating for me as a viewer. I kept having to remind myself that she has amnesia, and her allegiance to anyone can’t be easy.  Still, I wanted something wild to happen; something to make me gasp; a twist that I didn’t see coming. In the first few episodes, things move steadily as you’re trying to figure out who is doing what. Things start to pick up quickly, but I still wanted the boom and it never came.

There were also a couple of things that just didn’t make sense, like the conversation with Sophie and the woman in the bathroom. What was that about? It did not add to anything and seemed like a waste of everybody’s time. Another thing was Sophie seeking out the other therapy — the weird and expensive therapy that she only got to go to one time. Other than giving her character a chance to rebel, it just didn’t make sense. But when therapist Hannah found out about it, I thought she was about to have Sophie committed. Whew, girl.

I found it interesting how Sophie’s husband, a white man, directed such agency over her. For example, when she found the sexy, black dress. She loved it so much but couldn’t figure out where it came from or why it was hidden in the back of the closet. When James comes in and sees her in it, he is uncomfortable (for reasons we find out later), and picks out what he wants her to wear. Sophie says, “What … it’s not black enough for you?” *sips tea* A little dig that I felt was her way of claiming ownership of her own body and skin. I had to rewind that part.

This show has a certain vibe to it that I knew was familiar — the water, the music, the messy characters, the breathless feel. Yes, like Big Little Lies. Reese Witherspoon is an executive producer for both of these series, so it made perfect sense.

In Surface, we’re left with even more questions but convinced that Sophie is about to take on more than she may have bargained for. I give it 5 out of 5 stars. The show is definitely binge-worthy.

Surface, a new eight-part series from Apple TV+, will premiere with the first three episodes on Friday, July 29, followed by one new episode every Friday.