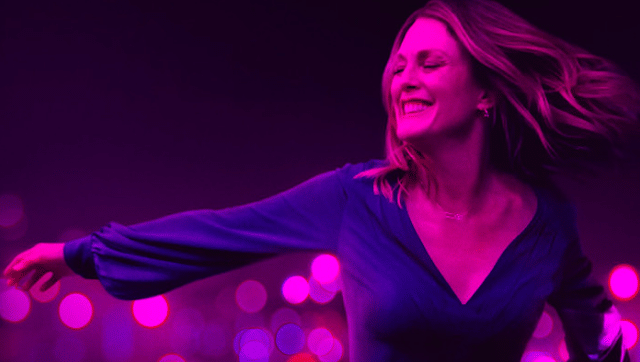 Every once in a while, there is a film that presents to us a lead protagonist who is just too eerily similar to someone we know or someone very much like us — Gloria Bell is that film.

There are parallels with their lives and ours — in areas of making bad decisions, dating, working in a career that’s not the right fit, or just trying to figure out this thing called life. From Academy Award-winning director Sebastián Lelio (A Fantastic Woman, Disobedience) is the mature romantic dramedy Gloria Bell.

Gloria Bell is a film by A24 starring Academy Award-winning actress Julianne Moore as the titular character. Gloria (Julianne Moore) is a Los Angeles-based divorcée who works at a white-collar office job during the day and parties at dance clubs at night. The clubs are filled mostly with men and women her own age and music from the 70s and early 80s —which seems to be a safe comfort zone where Gloria can let things loose. Gloria comes home every night to an empty house to a stray Sphynx cat, that somehow or another, manages to break into her home every evening and she has no idea why. 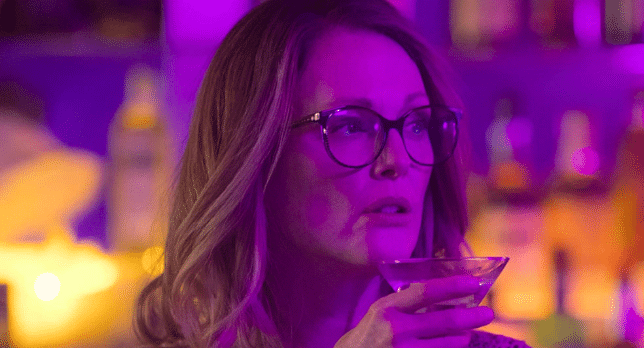 One evening she meets a man named Arnold (John Turturro)  who catches her eye and the two have an instant connection. So instant in fact, that Gloria and Arnold share a night of postcoital bliss. Arnold is also a divorcée trying to get his life back on track. However, Arnold’s separation from his spouse was only 12 months ago, meanwhile, Gloria’s was 12 years ago. Gloria is sadly caught in the middle of ensuing drama between Arnold, his ex-wife, and his two ne’er-do-well daughters who suck up most of his social life. Arnold is incessantly receiving calls and text messages from both his wife and daughters and acts more as an on-call doctor tending to their minor emergencies than a concerned dad.

This unexpected new romance that brews between Arnold and Gloria quickly becomes complicated and Gloria is caught in a conundrum that tackles identity, dating, and family. While Arnold is dealing with the drama of his two grown children, Gloria is also finding some of her own challenges in keeping a watchful eye over her son Peter (Michael Cera) and her new grandson, which he’s a bit too immature to care for.

There’s also her daughter Anne (Caren Pistorius), a Yoga instructor who is now expecting a child from her Swedish boyfriend and plans to move to Sweden to live with him and raise their child. This information is kept from Anne’s father and Gloria’s ex-husband Dustin (Brad Garrett), who only finds out when an intoxicated Gloria blurts it out over a family dinner. The scene is by far one of the most awkward family dinners to watch, as you can imagine since Gloria elects to bring her new boyfriend to meet her family which includes her ex-hubby and his wife Fiona (Jeanne Tripplehorn). 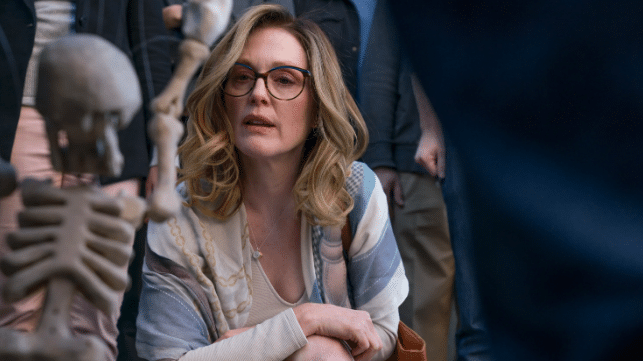 What makes Gloria Bell such an interesting and compelling story is the fact that her character is so empathetic and relatable, you feel like you could have easily meandered onto the same journey she’s on as well as made some of the same mistakes she’s made. And even if you judge her actions — both good and bad — each step she takes has some merit. For example, when she stops taking Arnold’s phone calls shortly after he stood her up.

And while this summary of this film description gives a great deal of detail about the story of Gloria Bell, there’s far more to digest as the narrative reaches its climax and crescendos to its ending. And if you listen to the trailer of the film, the legendary power ballad “Gloria” by Laura Branigan as it rings through each scene — it can be said that the song itself becomes its own character in the film.  And as you listen to the song’s lyrics, you begin to realize that perhaps there are some similarities here with Gloria Bell, because there are times when we see that Gloria is running after somebody and she’s about to have a breakdown. 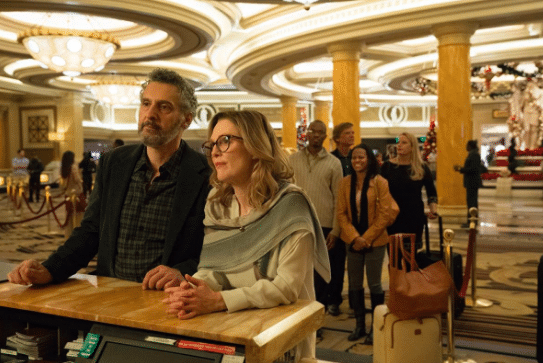 Moore’s portrayal of Gloria is one that indelibly stays with you.  Moore injects her nurturing presence and pathos into the role, and after her strong work in After The Wedding, which premiered at Sundance this year, Gloria Bell is another brilliant account to add to her already impressive body of work.

The only question raised while watching the film was wondering what was the significance of the hairless cat? With every door and window locked, how did it manage to find its way in?  Does the cat perhaps serve as a metaphor for Gloria finally breaking down and opening her heart? Or learning to let things in and let go?  Or is the cat an angel there to watch over her? I’m not certain, but it’s a gentle and nice touch to an incredibly entertaining story.