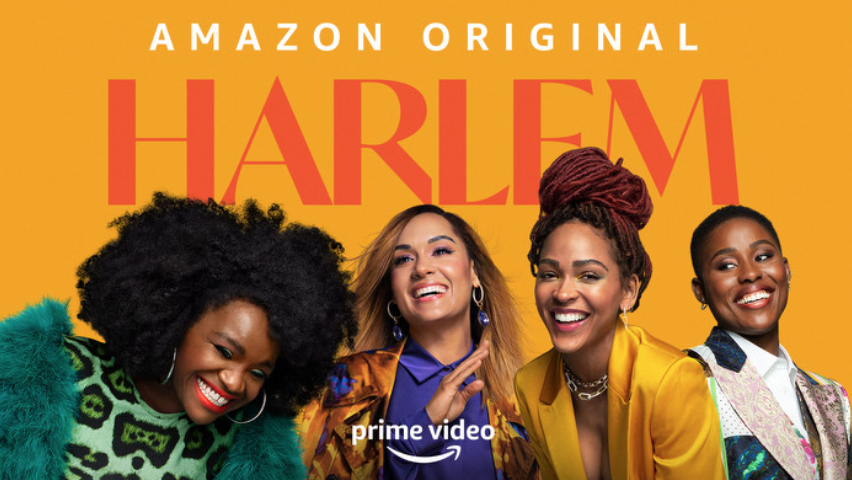 Prime Video’s series Harlem takes the age-old story of four friends living in a city and trekking through work, sex, and relationships, and centers it on the Black experience. Each woman has to deal with the struggle of juggling her career while trying to have and keep a relationship/situationship. In this day and age, that is not easy for anyone.

Each episode begins with Dr. Camille Parks (Meagan Good) teaching an anthropology class topic that happens to tie in with the title of the episode and what she and her three friends experience. The difference between the show and many others is that I can more than relate to the everyday experiences of Black women.

In a world where Black women are continuously overlooked and disregarded despite being the most educated and the blueprint to pop culture trends, it is a struggle to power through without the assistance of your friends. Camille is a published and popular professor at Columbia University and is working towards becoming tenured. Her love life, however, is less than stellar. A year after breaking up with her longtime boyfriend, Camille is struggling with his return and being awkwardly single.

Quinn Johnson (Grace Byers) can’t seem to be on track with her career or relationships. Being the daughter of monied parents who don’t support her latest business venture in fashion (which is struggling) is not easy. Let alone constantly going on dates with the wrong guy can be jarring.

Tye (Jerrie Johnson), a queen in the dating-app industry, has an immensely amazing app and company but her love life is a bit bumpy even though she would rarely admit it. Angie (Shoniqua Shandai) is the boisterous and talented singer/actor who lost her record deal years ago. While she crashes on Quinn’s couch, she hunts for her star moment once again.

The four women have a sisterhood that allows them to be honest, supportive, and secretive in a way that no one else could understand. If anything, these relationships are probably the healthiest. They encourage one another to be truthful about what they want and how to achieve it, as well as being mentally and physically healthy. The encouragement and love are endearing.

In every good show, there have to be obstacles, other than dating, and that comes in the form of blunt and disappointed mother Mrs. Johnson (the fabulous Jasmine Guy), unimpressed Dr. Elise Pruitt (Whoopi Goldberg), who doesn’t deserve the hate being of a strong Black woman.

Now, this isn’t just some show focused on the relationships that these women have. There are conversations that affect the daily lives of Black people. One is the gentrification of Harlem, a historically Black neighborhood, and the anger that comes from neighborhood favorites taken over by new owners. But what if those owners happen to give another Black person the opportunity to shine with their gifts?

Do you fight the cause or raise the person who is given the opportunity? One of the most significant moments is when Tye ends up in the hospital after trying so desperately to be a “strong black woman” and ignoring the pain that she is suffering. The white, male doctor brushes off her pain and refuses to give her medication, only for her to end up collapsing and returning to the hospital again. These situations may seem dramatic to non-Black people but for Black women, this is an ongoing matter what needs to be erected. If anything, it’s bringing to light the things that we have to deal with on a daily basis. I can get behind that.

While the series started off slow, I continued on to see where the storyline was heading. At first, I was questioning the basic relationship faux pas that the ladies were committing, but then I had to stop myself and think of each time that I have heard dating horror stories or even relive the several assumptions and mishaps that I’ve made in the current dating world. This world can be and is horrific. Just check Twitter. Halfway through the season, I was glued to my seat because I couldn’t wait to see what happened in the next episode.

I’ll admit that there are a few overly comedic and cringey moments, but these ladies were gifted with amazing writers who gave them perfect one-liners and inspiring monologues that I want posted on my walls. These talented four actors delivered for every moment that they had to react to microaggression and sexism. If anything, I wish that I was able to react the same way they did whenever racism rears its ugly head.

To me, this might be the show that we will be watching ten years from now — it will still hold its own. Hopefully, by then women will have changed the dating and relationship scene forever and Black women will be acknowledged, paid, and applauded for what they do in their respective careers and pop culture.