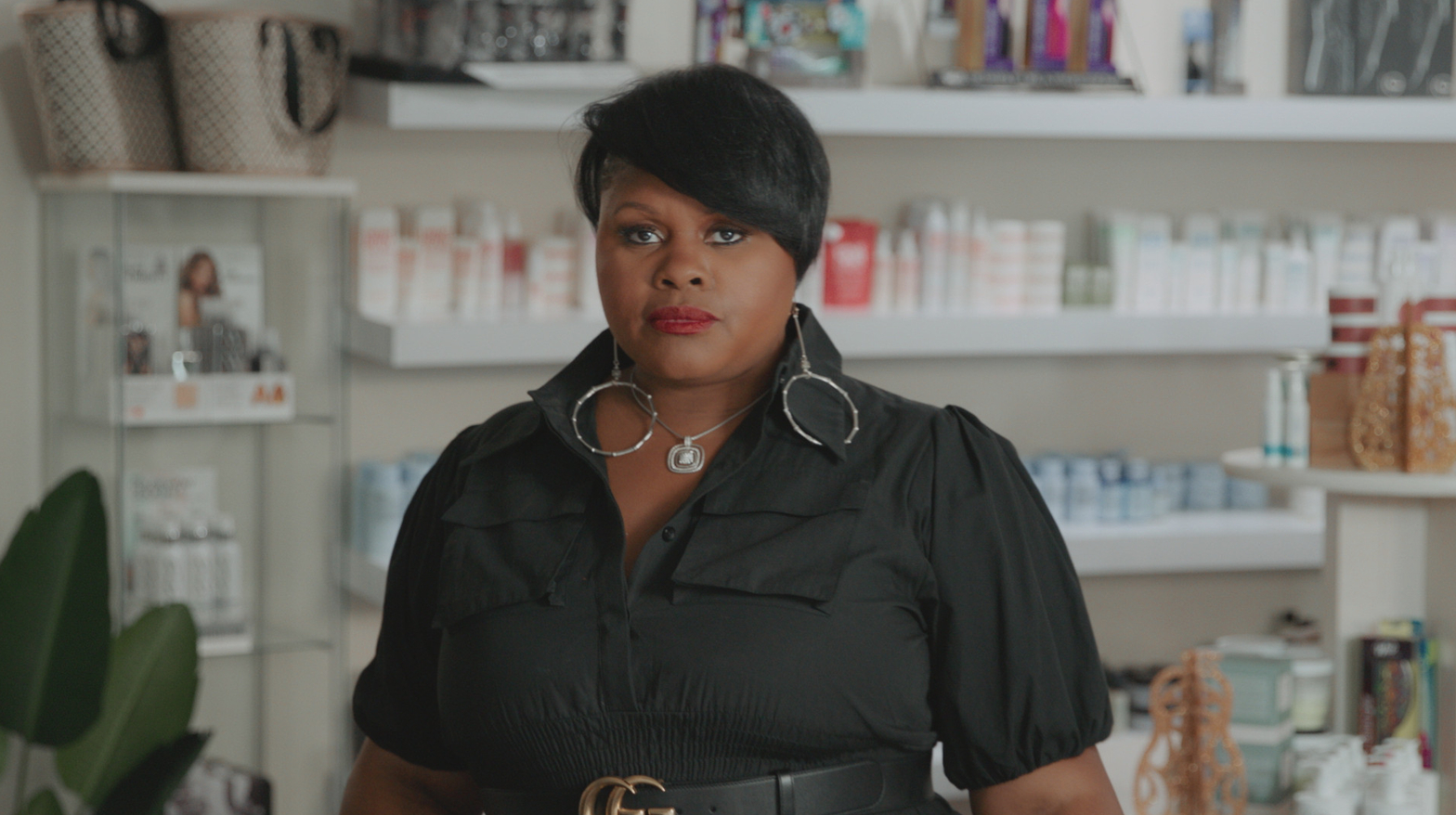 The saying goes, “Beauty is only skin deep.” Well, in this investigative docuseries by Amy Ziering and Kirby Dick, we, the viewer, are taken on an eye-opening trip through the beauty industry. From hair care to skincare and even the nail industry.

Narrated by the talented and charismatic Keke Palmer, the four-episode series takes a critical lens on the multibillion-dollar machine that brings us all the products that allow us to look and feel our best. Even if sometimes it costs us our health and well-being. Let’s talk about the revelations revealed in HBO Max’s new docuseries, Not So Pretty.

Episode 3 focuses on hair care. More specifically the curly and natural hair movements. In this 33-minute episode, we journey through the Deva Curl controversy that shook the internet a few years ago. We follow two influencers as they go toe to toe with the company that, at one point, was the go-to brand for curly girls.

It also delves into how the company tried to sweep the frightening claims of hair loss, scalp burns, and long-term health effects under the rug. In this episode, we’re shown the tactics that companies take to hide harmful chemicals from consumers including phthalates and BPAs. Remember those two terms because we’ll be seeing them later in the series.

The first episode takes aim right at the nail industry. Not only how nail care went from a luxury afforded to the rich and famous to an affordable treat that most people can gift themselves without breaking the bank.

In this exposé, we’re introduced to a daughter. Her mother’s last wish was for answers on why there wasn’t more research on how long-term exposure to chemicals and carcinogens affected nail care workers. It also gives us, the consumers, ways we too can make the nail care industry safe and profitable. We don’t want to spoil too much but there’s a particularly disturbing scene involving an executive and a bottle of nail polish that really highlights to lengths companies will go to just to protect their bottom line.

Episode four is about the effects that phthalates and BPAs have on hormones and reproductive health. Not to mention the health of children who are born with these harmful chemicals already wreaking havoc in their bodies.

The throughline of the episode is about a husband and wife. They discovered by chance that due to the chemical that maintains fragrance in products like body wash and deodorants, conceiving will be much more difficult than they initially anticipated. So next time you get the urge to make a joke about people who use natural deodorant on Twitter, maybe take a second to weigh the pros and cons of smelling like an ocean breeze while you’re hormones are thrown into turmoil.

The final of this four-part exposé looks at the use and dangers of talc in products. Particularly the use of talc in things like baby powder and makeup palettes. The companies on the chopping block are Claires and Johnson & Johnson. Specifically, their tendency of ignoring serious and dangerous situations with consumers to maintain their image and protect their pockets.

This episode brings a whole new level of scary to the table in the fact that not only is J&J actively dodging accountability but also, according to documents obtained by attorneys, when they could no longer target their advertising to middle-class suburban families, they shifted their focus to lower-income women of color. They knew they would not be able to fight back the way their more financially well-to-do counterparts. This is just another instance of blatant racial targetting that turns the stomach.

Don’t be mistaken. The series is not all doom and gloom. Not only does Not So Pretty seeks to pull the curtain back on the beauty industry’s harmful practices but it also arms consumers with the knowledge and tools to make informed decisions about their own bodies. There’s little to no judgment towards consumers in this series, even acknowledging that most consumers of these products are seeking self-care and confidence at the end of the day.

The great part is that, at the end of each episode, Not So Pretty gives the watcher calls to action to take doable steps for the average person. It also even gives recommendations of apps to download that will aid in knowing what products to avoid and what is in them specifically. These apps are Skin Deep, Detox Me, and Clearya.

Not So Pretty seeks not only to be an informative watch but an empowering one. Give it a watch when it releases on HBO Max on April 14th.

The Problems with ‘The Rehearsal’ Getting a Second Season