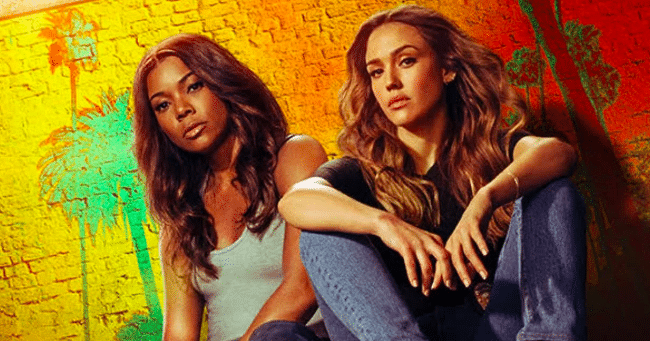 Fast cars, buddy detectives, and explosions are the recipe for an action-adventure flick. Say hello to L.A.’s Finest, a new series that not only has the right formula to succeed as a genre hit, but is also bringing something new to the table by having two women of color as the leads and executive producers of the show. If you like Bad Boys or Bad Boys 2, you are going to love this spinoff series that features two of the baddest chicks in town, Gabrielle Union and Jessica Alba. They both exude coolness without even trying. Gabrielle brings back her 2003 role of Sydney Burnett, while Jessica introduces us to another take charge woman, Nancy McKenna. These ladies are reason enough to watch the television series.

The pilot episode follows DEA agents Sydney and Nancy as they attempt to protect a young boy who is the target of a powerful cartel. There is great chemistry between the two leading actors as L.A.’s Finest jumps right into the relationship between Sydney and Nancy. We learn right off the bat that they are absolutely different but their bond is strong. There is no judgment — one of the many lessons to take away from the show. 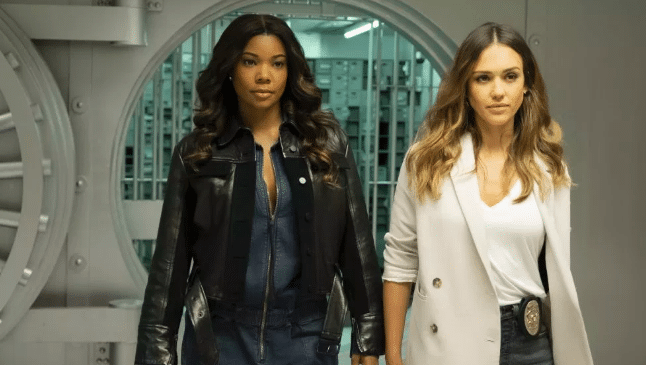 L.A.’s Finest already has our vote for being based on the female characters. Sydney is more than just her character in Bad Boys. We learn more about who she is than we ever did in the films, and it’s great. She is a take charge, get things done kind of gal. To see a single woman dating online, putting herself out there, but also having boundaries and rules for herself is empowering in a way that is welcome on the small screen. She is the one who will have your back in a shootout, but also buy condoms while on duty. She’s a role model, as is Nancy, who is on the other side of adulting. Nancy is the gal who will shoot a perp and karate kick a robber in the face during the day and have family book club at night. She has a cozy house with a loving husband and feminist step-daughter. The two colleagues are like night and day. Sydney wakes up to a guy in her bed with disgust, while Nancy wakes up to a happy husband and talk of school and grades over breakfast, living the American Dream. Nancy arrives at a crime scene in a minivan while Sydney arrives on a motorcycle. They are so different, yet are thick as thieves. They embrace each other’s differences, which is nice to see. The support they give each other really stands out. 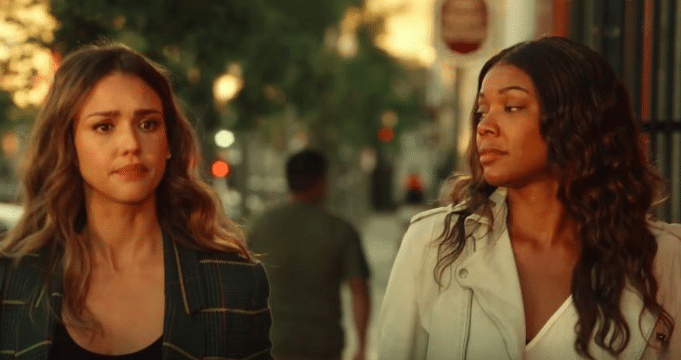 The show is set on the U.S. West Coast, a far cry from its precedents, which took place in Miami. It’s great to see Los Angeles all over the screen. As someone who grew up in La La Land, being able to recognize city spots and streets is a fun addition to watching the story unfold. (Fun fact: As a gift, the production company provided an artist’s rendering of a map of LA, full of iconic street names and fun destinations. Very cool promo gift.)

The pilot episode of this new series does a great job in showing you in what world these characters and stories are taking place. There are hints at what came before without diving too much into the movies. This allows the episode to become its own thing. There is a friendly face that has switched coasts. He has the same role, this time helping out Sydney and Nancy. Some scenes are shot with our two female leads posing like Will Smith and Martin Lawrence. It’s fun for fans of the franchise.

But this show is very surprising. The actors are great, the storyline is great, and the people behind the camera are doing it big as well. During interviews, it was revealed the majority of the writers on this show are female. There are female directors, the series music is by a woman, the film editing is by a woman, and costumes and much more are all women. Gabrielle and Jessica made it a point to have a diverse group in front of the camera as well as behind. As executive producers, they had a heavy influence on the series, and it shows.

Look for the premiere of L.A.’s Finest on Spectrum Originals on Monday, May 13.

Gabrielle Union to Star in ‘Cheaper By The Dozen’ for Disney