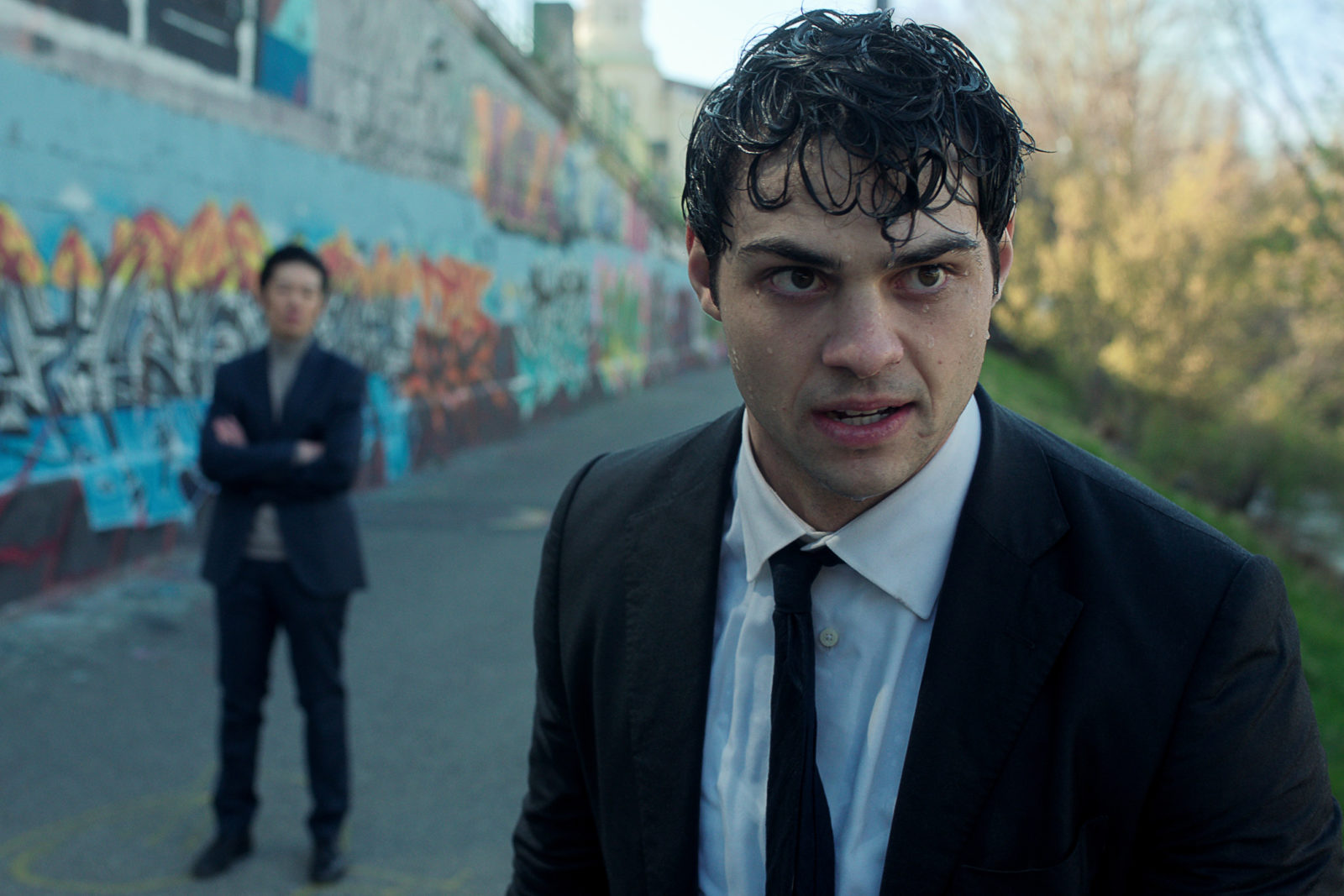 Noah Centineo has proved to be a great leading man in his previous work with Netflix and an action star in Black Adam. Netflix’s The Recruit marks two firsts for the young actor. He’s the lead in a streaming series. He’s also stepped into the role of executive producer, along with showrunner Alexi Hawley (The Rookie) and journalist/lawyer Adam Ciralsky, who used to work for the CIA.

Owen Hendricks (Centineo) is a 24-year-old recent law school grad who goes to work for the CIA. He’s intelligent, charismatic, hard-working, and incredibly ambitious, perhaps to a fault. Only days into the job, he gets an assignment that sends him all over the world to deal with scary people and life-threatening situations.

That assignment involves Max Meladze (Laura Haddock), a former CIA asset who sent them a “graymail” letter threatening to name names and spill some juicy secrets unless they get her out of prison. Russian spies aren’t anything new in storytelling, but there’s more to Max than just being a highly skilled killer, something Owen finds out the hard way.

When he’s not jet-setting or talking his way out of being tortured, Owen is at the CIA office where things aren’t as dangerous but are no less taxing. Two of his colleagues, Violet (Aarti Mann) and Lester (Colton Dunn), really commit to making his life hell. But it’s not just silly office pranks or humiliation. There are so many acronyms and code words in this profession. Owen doesn’t know any of them until his lack of knowledge gets him into varying degrees of trouble, sometimes putting his life on the line.  It’s not super clear whether this is just traditional office hazing or jealousy, or both.

Owen’s boss Walter Nyland (Vondie Curtis-Hall), general counsel of the CIA, is the classic intimidating authority you want to impress at all times. He reminds me a bit of Stan Edgar from The Boys, though he smiles a lot more. Curtis-Hall really nails the “why are you still here” and “did you really just say that” looks, the two nonverbal responses he regularly gives to Owen.

Other than Owen, I have to say that Janus Ferber (Kristian Bruun) is my favorite character in the series. Anyone familiar with Orphan Black will know Bruun as Donnie Hendrix. Janus has a similar cluelessness but as a seriously burnt-out CIA lawyer, his frantic mindset is dialed up to 11.

In a place where everyone has to be on their lying A-game at all times, no one trusts each other. For a guy like Owen, an oversharer who can get along with just about anyone, navigating this world of professional deception isn’t the easiest, at least when it comes to coworkers. He’s still a charmer who can get himself out of tricky situations, whether it’s getting tortured, kidnapped, or both. Owen is good-looking and likable but gets himself into trouble on a daily basis. It seems to come from a good place, though.

Owen’s home life is pretty messy. One of the two people he lives with is his ex-girlfriend Hannah (Fivel Stewart), who acts as his voice of reason and de facto therapist. She’s also a new lawyer, working a boring government job and clearly more put together. They’re still best friends even though there’s obvious tension. Their roomie Terence (Daniel Quincy Annoh) often finds himself in between them, literally, but he handles the drama well.

The Recruit is genuinely funny in a non-slapstick way, which is a credit to the writing but also the talented cast. Centineo has brilliant comedic timing, especially in scenes with Bruun or Colton Dunn. But the series still has its dramatic, emotional moments. Laura Haddock imbues Max with a sense of vulnerability buried beneath the ruthless killer’s exterior, making her scenes alone and with others equally captivating. And Owen’s danger-seeking overachiever behavior stems from events in his past, suggesting/implying that his taste for intense conditions is a form of avoidance.

Interestingly, the series isn’t nonstop action. So, when an action scene comes, it’s delightfully chaotic and intense with some disorienting camerawork that puts you in the scene. Owen is a snazzy dresser but ends up bruised and bloodied in pretty much every episode. He mostly rocks a suit or whatever clean clothes he can get his hands on after a scuffle.

In The Recruit, Centineo plays Owen as a “ready-for-anything go-getter” while somehow coming off as very chill, making his character someone you want to root for, laugh at, and be friends with. The relatability factor was intentional. At Netflix’s Tudum 2022 event, Alexi Hawley said, “None of us can realistically dream of being James Bond, but all of us have had the first job — with co-workers we can’t trust and agendas we don’t understand.”

The Recruit is somewhere between glossy and gritty without being too much of either. It’s the perfect blend of action and comedy and does its best to avoid spy thriller cliches by creating characters who aren’t only smooth-talking agents and devious femme fatales. The series isn’t over-the-top guns blazing, but with a comically reckless main character just kinda winging it in a world of espionage, it certainly never gets boring.