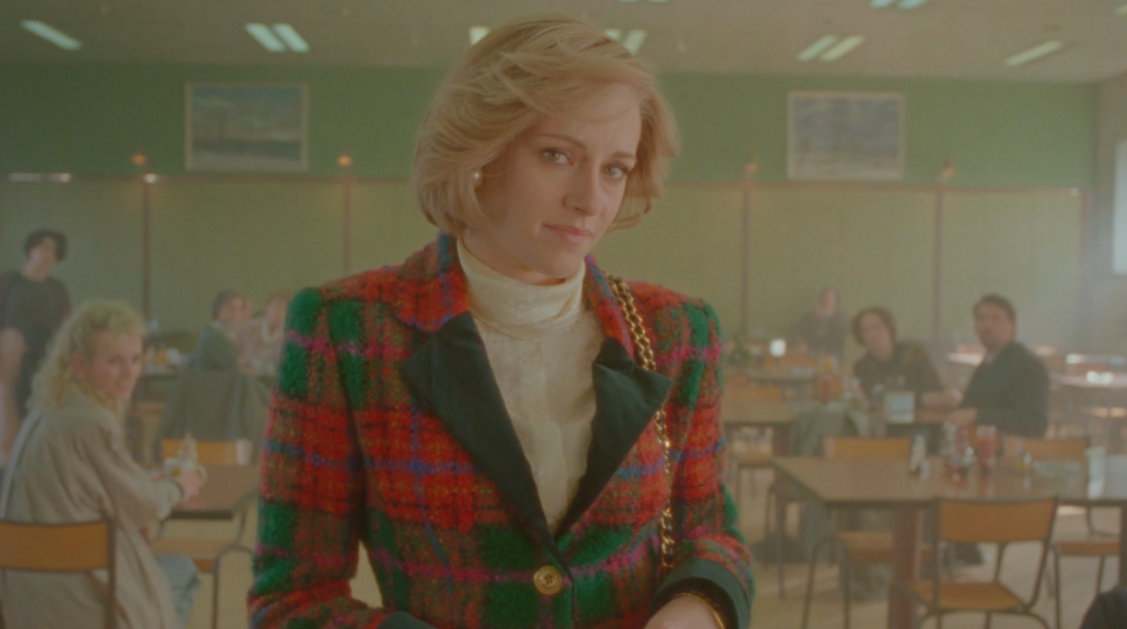 Spencer, the latest film from Neon and Topic Studios, has been highly anticipated by friends and colleagues alike. But, while whispers linger about an Oscar nod for Kristen Stewart, the film as a whole is seriously lacking.

The highlights of Spencer are indeed Stewart, the portrayal of a mother, the cinematography, and the costume design. The film falls short with the story, editing, and pacing, which should all factor into a great movie. To sum it all up, this film has some sparks, but never fully ignites.

Spencer is about Princess Diana of Wales and takes place during the Christmas holiday. The marriage of Princess Diana and Prince Charles is cold and loveless. There are rumors of affairs, but everyone must keep the peace for the sake of the Christmas festivities at the Queen’s Sandringham estate in Norfolk, England. Through eating, drinking, shooting, and hunting, there are also tears, depression, eating disorders, and suicidal thoughts. Diana knows the games she must play but is over it all. Spencer is an imagining of what might have happened during those few fateful days.

The film is directed by Pablo Larraín (Jackie) and written by Steven Knight (Peaky Blinders). It stars Stewart (The Twilight Saga) as Diana, Jack Farthing (Poldark) as Charles, Jack Nielen as William, and Freddie Spry as Harry. The film also features Timothy Spall (Harry Potter and the Prisoner of Azkaban), Sean Harris (Prometheus), and Sally Hawkins (The Shape of Water).

Even though Spencer has all the makings of a great film, it is quite boring. It’s so disappointing. The pacing is all wrong. The editing doesn’t work. There are ups and downs and a giant lull in the middle. In fact, during the screening, people did fall asleep.

The film is very figurative, which wouldn’t be a bad thing if executed correctly. A lot of the happenings on screen are not happening at all but take place inside Diana’s head. It makes for a shaky, disturbing, and unfocused story. It can all be metaphorical, but without a solid foundation, the story falls apart.

The editing doesn’t assist in the storytelling. The biggest complaint is that scenes stay too long on screen, which also correlates with pacing. It all goes wrong with the blending of fact and fiction and the macabre with the moments that make Diana truly happy. There’s also an interesting yet unfavorable take on Anne Boleyn, the Queen who was beheaded, and the parallels one could make with Princess Diana. Long takes and quick dialogue make for a convoluted 1 hour and 51 minutes.

Director Pablo Larraín gives us beautiful images and a career-making performance by Kristen Stewart, with nothing at the core. Writer Steven Knight’s attempt at telling Princess Diana’s story is a miss for me even if it is marked at the beginning as: “A fable from a true tragedy.” The direction and story don’t give us the people’s princess, but a woman stuck with no friends except for the people who work for her. The audience is dropped into the story with no character development to speak of. The dialogue is rushed and hard to make out at times. Spencer is a new look at the “people’s princess” and what was going on behind closed doors. Amidst the glitz and glam, there is darkness and betrayal, but it’s only interesting for the first third of the film.

Kristen Stewart as Princess Diana is casting I would never have expected, let alone applauded. However, Stewart embraces the role and does a fantastic job portraying Lady Di as a complicated, flawed, and yet strong woman. It’s the interactions with her sons that truly make the character identifiable and relatable. The makeup and hair also played a significant role in delivering Diana to the screen, but it was Stewart who took the role to a new level. She injects the character with life. The real story in this film is how Diana found the strength and will to go on, to make her next move, and to live her best life with her sons despite the hierarchy. That’s what Stewart showcases. She does her best to march to the beat of an unfocused drum. That’s what makes her worthy of the role and any accolades that come after.

Behind the scenes, the costume designer and cinematographer deliver the positives in this movie. As a princess, Diana had her clothes picked out for her for the day. It was a comical moment in the film to see Stewart walk in and do a little curtsy to the Queen in the wrong outfit for family photo day. Every piece of Stewart’s clothing and the way the clothes fit her is reminiscent of photos and videos we have all seen of Princess Diana. The designs add so much more to the material. Costume Designer Jacquline Durran should be proud. Durran has won two Oscars for her achievement in costume design for Little Women (2019) and Anna Karenina (2012). Shouldn’t be far-fetched to say she could win another for Spencer.

Claire Mathon (Portrait of a Lady on Fire) is the other woman who helps brighten this otherwise slow burn of a film as the director of photography. Mathon brings out the world of royal life when nobody’s watching, the paparazzi are hidden, and the English countryside is still and quiet. The wide shots are beautiful. Closeups are used strategically. Mathon lets the details of a facial expression or a dead bird on a dirt road move the story forward. She makes Stewart glow in this film. But it’s not enough.

Spencer is the film people have been hoping would blow your mind. Even with some gold stars on the board, it’s not enough to label this movie good. Even the word “fable” isn’t enough to warn viewers at the beginning that it’s more of a Brothers Grimm fairy tale.

Spencer premieres in theaters this Friday.