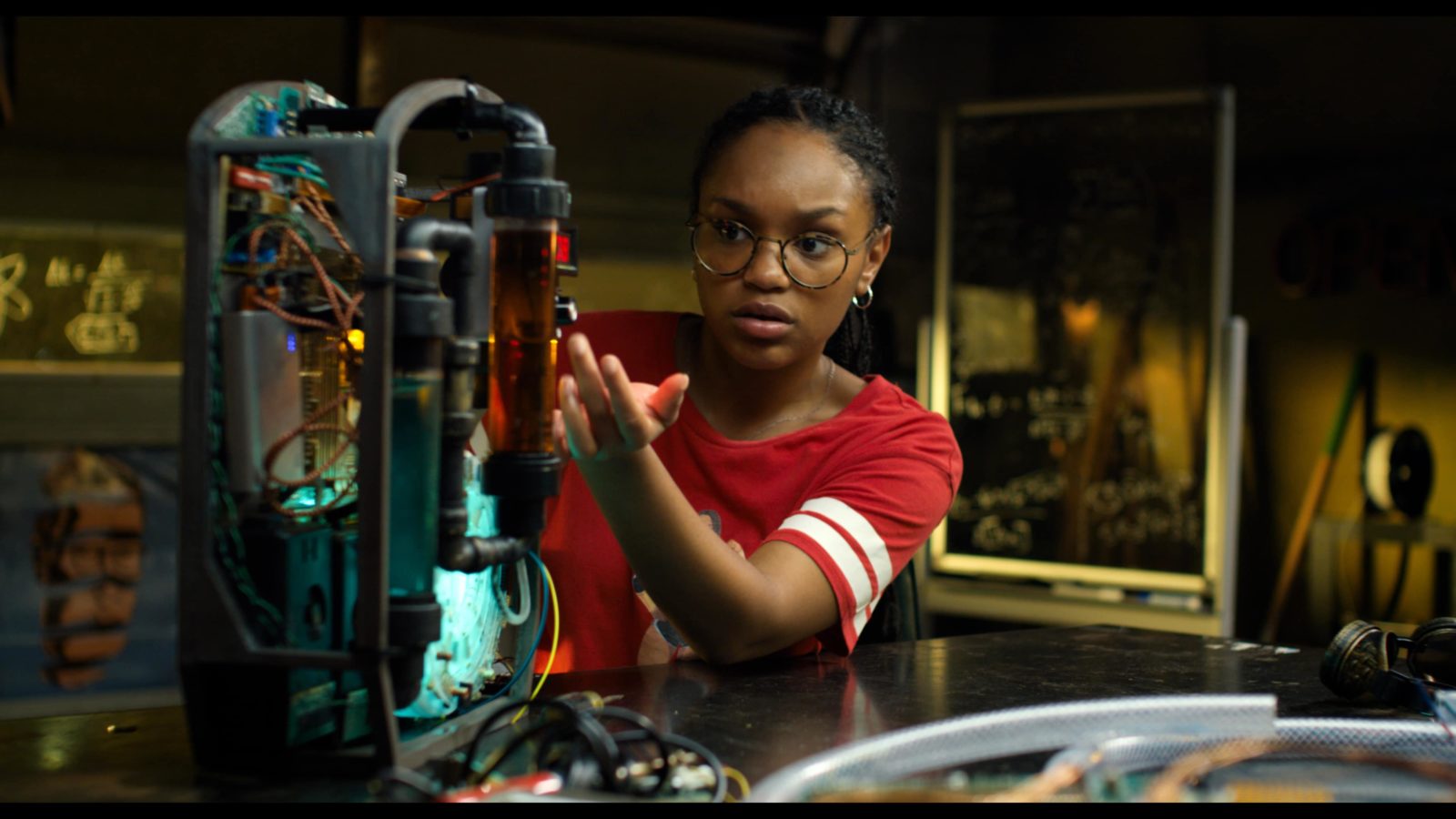 Stefon Bristol’s See You Yesterday is a creative sci-fi drama that highlights the positive aspects of science while simultaneously delving into the traumatic effects of police brutality.

Under the direction of Stefon Bristol, See You Yesterday pays homage to cinematic influences like Do the Right Thing and Back to the Future. In this time-traveling sci-fi drama, a pair of Brooklyn teenaged science prodigies attempt to travel back in time to undo an unjust police shooting. Eden Duncan-Smith (Roxanne, Roxanne) plays CJ Walker, a science lover who develops a makeshift time machine with her best friend Sebastian Thomas, played by newcomer Dante Crichlow. The two protagonists attempt to correct the death of CJ’s brother Calvin (Brian Vaughn Bradley, Jr., also known as the rapper Astro). 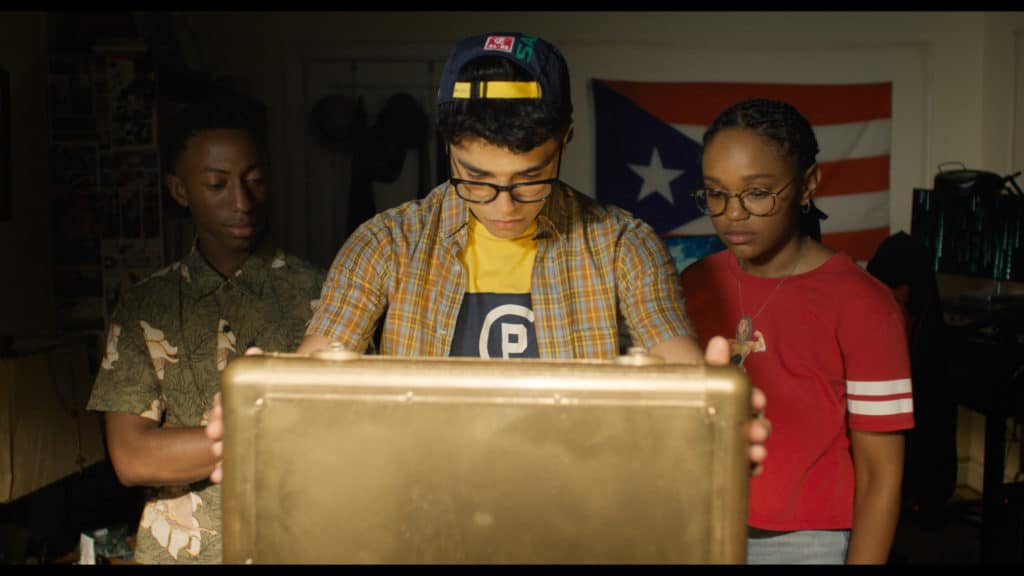 In See You Yesterday, CJ and Sebastian aspire to get accepted into top historically Black colleges and other top universities. They have committed their summer break to prepare to win scholarships and awards as a result of their scientific breakthroughs. The beautiful thing about the representation of young Black and Brown teenagers in this film is that it breaks the mold by showcasing these scholars as at the top of their class despite coming from neighborhoods that do not necessarily have the best resources. CJ, Sebastian, and Eduardo (Johnathan Nieves) love science and researching the latest trends and topics in the electronic world. Their identities are not defined by the negative aspects of the communities that they live in, but rather by the individual choices that they make. It is refreshing to see teenagers aspire to work in the scientific field as opposed to more stereotypical professions like playing a sport or being a rapper. 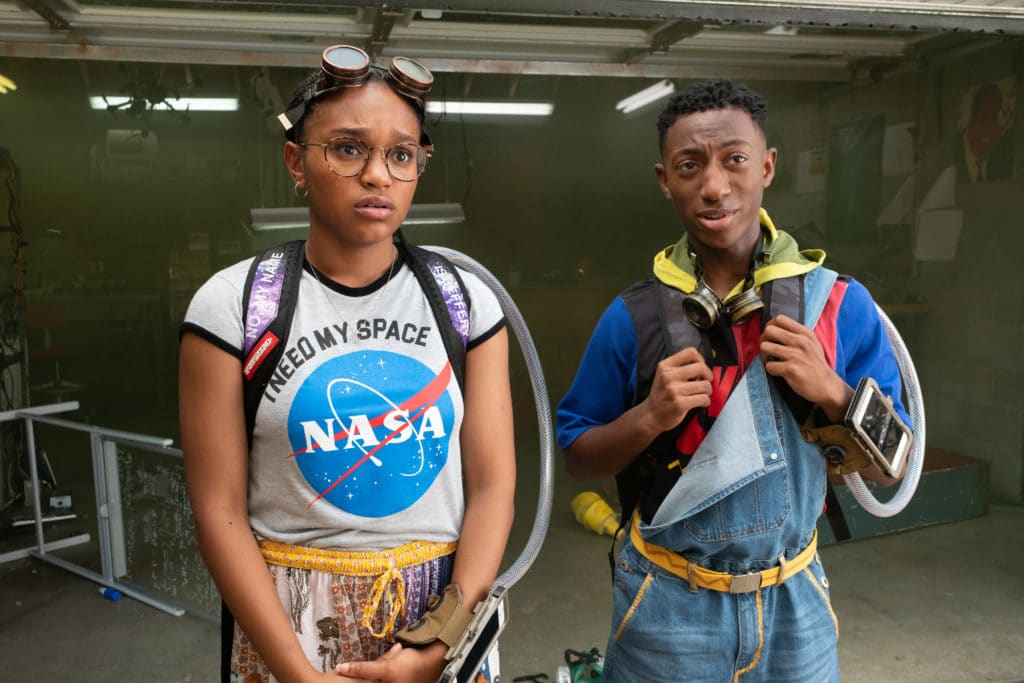 Positive Representation of Inner-city Scholars with a Passion for Science

While some sci-fi films ascribe to a futuristic or cold and sterile vibe, the overall tone of Bristol’s film is warm, colorful, intimate, and reflective of a strong sense of community. The setting of the film is summertime in the heart of a Brooklyn community. Imagery that showcases cultures of the African diaspora and signifiers that denote a strong cultural influence includes a Guyanese flag, a family-filled backyard cookout, and many aspects of Caribbean culture. It all really works. It makes the scenes more applicable to science lovers of all ethnic and cultural backgrounds. When the teens CJ, Sebastian, and Eduardo appear on screen, they are dressed in hip, graphic, science-themed tees or vibrant ethnic prints. Costume designer Charlese Antoinette Jones does a nice job of conveying that while these young scholars are science nerds, that they are still cool and cultured.

What I liked most about the film was the presence of strong, positive, and nurturing female characters and the strong sense of community. Marsha Stephanie Blake as Phaedra Walker does a lovely job of conveying the plight of a widowed woman raising two teenagers. Gloria Thomas, Sebastian’s grandmother, played by Myra Lucretia Taylor, is convincing in her portrayal of a stern yet maternal and understanding grandmother. While it’s truly a reality in many urban communities, I noticed an absence of a strong Black male presence within the film. It would have been enriching to see some sort of a mentor. There’s a really endearing moment in which CJ’s brother Calvin gets schooled on how to play dominoes by the older men in the community. Bradley does an excellent job at capturing the essence of Calvin, and the entire ensemble is well cast.

While there are obvious budget constraints, the writing of both Bristol and co-writer Fredrica Bailey is so engaging that the storyline makes up for the makeshift time-traveling moments. The cinematography of Felipe Vara de Rey creatively and strategically enhances the storyline while keeping the time-traveling moments from being too over the top. The soundtrack of the film stays consistent with the cultural undertones and adds just the right amount of flair when needed. It’s evident that producer Spike Lee’s film Do the Right Thing and Robert Zemeckis’ Back to the Future had a strong influence on the film’s aesthetic. Speaking on the influence of Back to the Future, Michael J. Fox makes a cameo in the film and his role is quite fitting. 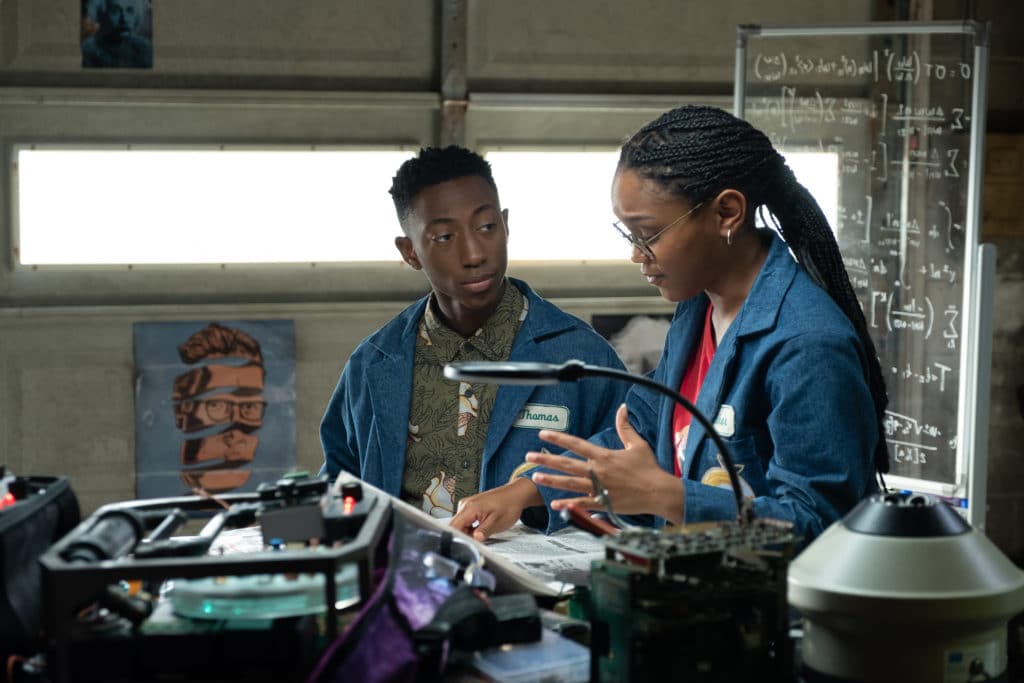 ALSO READ
Sundance 2022 Review: 'Emergency' Takes Us on a Series of Misadventures

See You Yesterday places great emphasis on higher education without being didactic, while simultaneously addressing the psychological trauma that many brilliant youths carry as a result of the unjust acts of senseless police brutality that occur in disenfranchised communities. While the notion of turning back the hands of time to save the lives of young Black men is idealistic, the films pointedly denotes that there are also consequences that come along with great knowledge and unbridled foresight. CJ and Sebastian beautifully personify that it is okay to embrace your genius and creativity despite the possibility of being misunderstood. See You Yesterday does a beautiful job of showcasing the legacy and contributions of trailblazers like Madam CJ Walker and other scientific inventors and thought leaders. By embracing their own unique identities, these young science scholars exemplify that identity can be a hybrid of many things. See You Yesterday is a great reminder that there are a lot of kids and teenagers in disenfranchised communities who have the potential to positively change and influence the world. They just need to be given a chance.

See You Yesterday premieres on Netflix on May 17, 2019. Running time 86 minutes.