American Katherine Grant (Katherine Waterston) returns to her old home in Brussels a year after the suicide of her famous Belgian actor-husband Stefan Delvoe (Michiel Huisman). She returns only because she learns her mother Elaine (Mary Kay Place) is in the hospital there with a blood clot. After being forced back into her old world well abandoned, Katherine’s mother-in-law Anneke (Julie Khaner) insists that they finally deal with her and Stefan’s loft apartment so she can pay off her son’s remaining debts. Through a series of flashbacks, Meredith Danluck’s State Like Sleep dives into Katherine and Stefan’s fraught relationship as well as the many secrets he left behind.

One of the first secrets uncovered is Stefan’s longtime friendship with Emile (Luke Evans), the flamboyant owner of the sex club Stefan frequented without his wife’s knowledge. It was a leaked photograph of Stefan with another woman that prompted their sudden breakup. Katherine thought if she could find out more about the alleged mistress she could understand why her husband did what he did.

In the meantime, Katherine’s mother has an even bigger stroke that leads to brain surgery and several weeks of hospitalization. With time on her hands as she waits, Katherine decides to investigate Stefan’s deepening double life in this intimate character study of a woman wracked with so many levels of guilt and trauma. What she finds was hardly what she — or I — expected as State Like Sleep ramps up to its conclusion. 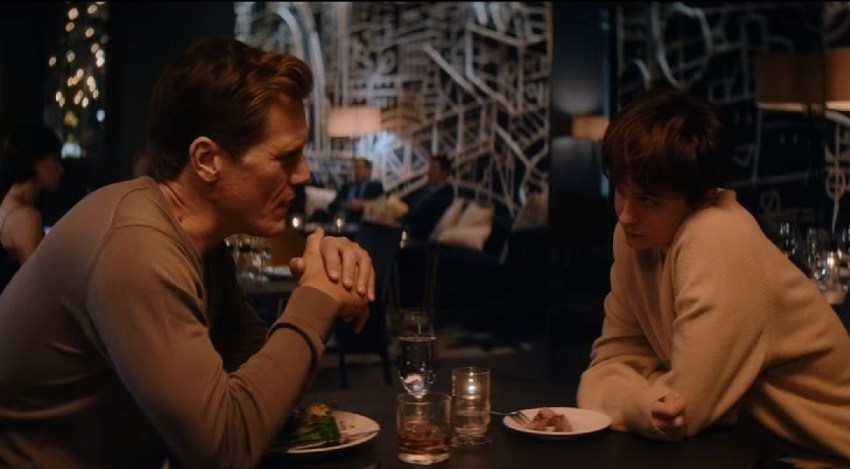 “Without stories, the truth is too random,” Stefan says in one of his last interviews before his death. And in many ways, this is the main theme of State Like Sleep. It holds particularly true as each character, even the bit players, are struggling to come to terms with their lives and choices. They each have different narratives they tell themselves to justify their often problematic actions.

In a nice nod to Hitchcock’s Rear Window, Katherine uses her photography background to gather information on Stefan’s life and to spy on the charismatic and handsome man staying in the hotel room next to her. We never find out what Edward (Michael Shannon) does for a living that keeps him traveling, but what we do know is that his immediate emotional connection with and attraction to Katherine feels something more than fleeting. I couldn’t help but think of Lost In Translation as I watched State Like Sleep, with these two Americans finding themselves at sea in foreign waters and clutching together for safety and security.

I loved seeing Michael Shannon channel his intensity into a straightforward romantic role for once — although I will admit that because of his past roles I kept wondering about his ulterior motives. He doesn’t have the ones we might suspect here. This casting choice was seriously excellent and his presence amped up the tension even when he wasn’t on screen. 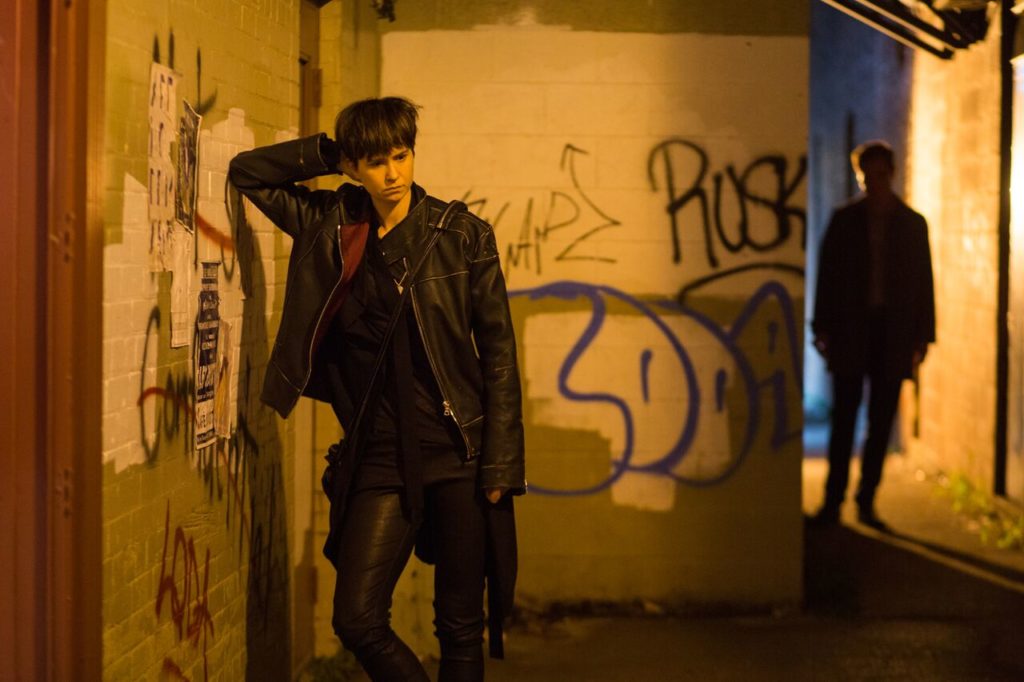 Katherine Waterston tends to bring a vulnerability to each of her roles, and this performance is no exception. Fans of the Fantastic Beasts movies, however, need to prepare themselves for her in this one. She’s messy, wild, and has her share of Camille Preaker Sharp Objects moments with secret mini-bottle drinking and smoking. Despite her character’s unhealthy coping mechanisms, Waterston brings her wonderful comedic talents into a number of scenes in State Like Sleep that we’d be hard-pressed to find another actress able to pull off this kind of raw honesty.

As State Like Sleep shuttles back and forth between the events leading up to Stefan’s suicide the year before and the now where Katherine still works to find some peace, the collision course of past and present was quiet and surprising.

I also appreciated how State Like Sleep beautifully (and painfully) portrays the more difficult aspects of transcultural relationships and the stress this can cause on the partners and their families even if it’s not inter- or multiracial. Physically demanding international travel from the U.S. to Belgium provoked Katherine’s mom’s brain injury. And the potential of an international relocation back to America for her son and his wife sent Stefan’s mother into her own tragic spiral. Being in a relationship is work on a good day. Being in a relationship that adds more levels of cultural differences, location shifts, and varied intercultural expectations brings some extra baggage into the mix. While the description may read like a potential horror movie, State Like Sleep is a solid family drama.

State Like Sleep also dove into an issue we rarely see talked about in the media: How social structures and systems work to protect a celebrity’s image postmortem. From family members to law enforcement, we see Stefan’s death sanitized for public consumption. As Katherine begins digging and uncovering much she never knew about the man she loved, these systems double down to keep it all hidden.

And when it comes to a celebrity’s depression and suicide in particular, many people don’t stop to think about the not-famous people left behind. As I watched State Like Sleep I couldn’t help but think of Chris Cornell’s wife and family — and Robin Williams, and Anthony Bourdain, and so many others. I often wonder how these families left behind are doing and coping, and this movie gave me some insight into it. It’s just as painful as I imagined.

While on the surface State Like Sleep is a film about secret lives, double lives, fidelity and its opposite, it is also a story about the consequences of our actions and the butterfly effects of avoidance. It’s these small ripples outward that turn into tsunamis, and tsunamis leave a death toll in their wake.

Meredith Danluck has created a gem of a story in State Like Sleep, with heart and compassion for broken people who can’t seem to put themselves back together. The production design is lovely, with its backdrop of Brussels during the day and at night. The sound design and score are well-placed, not drowning the more emotive portions of the film with overwrought music or noise.

The performances in State Like Sleep are so moving. I really hope other directors will consider casting Michael Shannon in more roles like this one — where he gets to be something of a romantic hero figure, rather than a monster or madman. Seriously, it’s time to have a couple more nice things in the world.

How Do We Move Beyond the “Strong Black Woman” Trope for Suicide in Film?