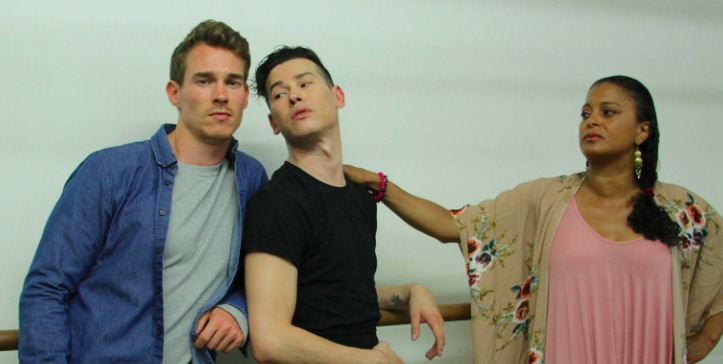 It is rare to see a film with a plot as mystifying as The Accompanist. This queer melodrama, which flutters barely above mediocrity, has two male leads who develop their budding relationship in a fast-paced world. With its intriguing use of creative music and lovely dance steps, this production somehow manages to miss every step and note with little attention to what actually works.

Frederick Keeve, the writer, director, and co-star of the film, plays Dr. Jason Holden, a man in his fifties who is on the verge of losing everything because of a car accident — or maybe he has lost everything and is just trying to find some vestige of happiness after. Holden, once married to a woman, now finds himself with a 20-something guy who dances at the studio where he works.  Co-star Ricky Palomino puts his talents to good use when he performs his ballet dance on screen. What most people don’t know about Palomino is that he started ballet and dance training when he was fourteen years old. He brings his natural athleticism to his performance as Brandon Witkowski. With his precise stances and movement style, his dancing is truly mesmerizing.

The plot of the story stumbles to find its footing. The narrative focuses on a broken man’s journey to find acceptance and love. Jason finds this through his connection with a younger man, Brandon. Jason tries to discover meaning and purpose for himself after his marriage. He plays the piano for a ballet studio and attempts to mentor a brilliant dancer. Even with this understanding at hand, the plot points are never truly outlined in this film. The film teeters on the magical and the practical in an attempt to blend them together for a beautiful finish. However, what the audience sees is not that. Instead, there’s only a confusing misunderstanding between the impossible and the possible. The scenes where Brandon and Jason are together on stage actually show a lot of promise, but it is everything else in this production that falters.

The film attempts to have a deeper and more universal appeal with its use of scientific information and fantastic events, yet this does not by any measure actually help achieve its goal. Jason, when he was 12 years old, had a near death experience. It is through this experience that he has understood the universe and its patterns. Jason is able to match the universe’s pattern when he plays his piano or when he is in a situation that calls for his psychic abilities. Jason is able to sync with it to allow changes to the physical world to occur, from earthquakes, to creating sirens, to allowing a character to go back and confront his father in the past. The fantastic abilities that Jason holds are never clearly defined or ever truly realized. The power Jason has is interesting, and it would have been more effective to tease that idea out more.

ALSO READ
Review: ‘The King’s Daughter’: A Feast for the Eyes But Troubling

Despite the obviously glaring aspects that do not work in this film, there are a few instances that do. The dancing and the eye candy scenery of the coast are truly brilliant. Before the handsome Brandon meets Jason, Brandon is in an abusive relationship with his boyfriend who has cancer. Brandon eventually leaves his toxic relationship for Jason. Yet, Brandon’s ex-relationship is revisited in a terrifying scene that perhaps many gays have found themselves in. Since Jason and Brandon’s relationship is not clearly defined, there are scenes that just do not add up between them. The dialogue at times feels forced, and the conflict between characters feels poorly acted in scenes from a wrestling match than actually trying to evoke true emotion. Even the shower scene, a scene that usually shows a character’s vulnerability by baring all in front of the audience, has little appeal. The characters aren’t developed enough to have a connection to the audience.

The intimate scenes between Jason and Brandon are about the only scenes that feel real. When these two characters are in close proximity with one another and there is a warm scene between them, that is the only time that you believe there is actual magic in this world. Outside of their dialogue with one another, the film feels over acted. The narrative has a lot of gaps that never get resolved or even hinted at for a possible solution. 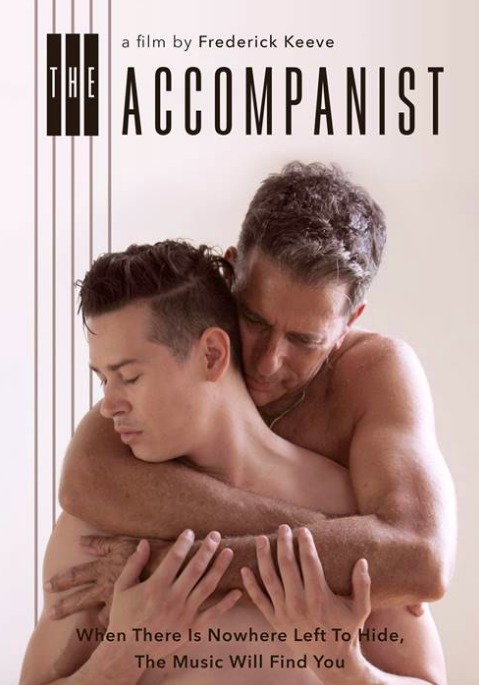 While there is a lot to dislike about The Accompanist, the film does have an interesting theme that it plays with: the idea that love and forgiveness might just be the strongest superpowers humans have in their arsenal. When given the chance to defend, stand up, resist, and have compassion, many will make the right choice. It’s hard to not see the potential in this film. With some re-sharpening, revision, and editing, it is very possible that this film could be reconstructed at a later date to be a beautiful work between a music pianist and his dance student. As it stands now, with its many faults and its unclear focus, it doesn’t have much of a chance.