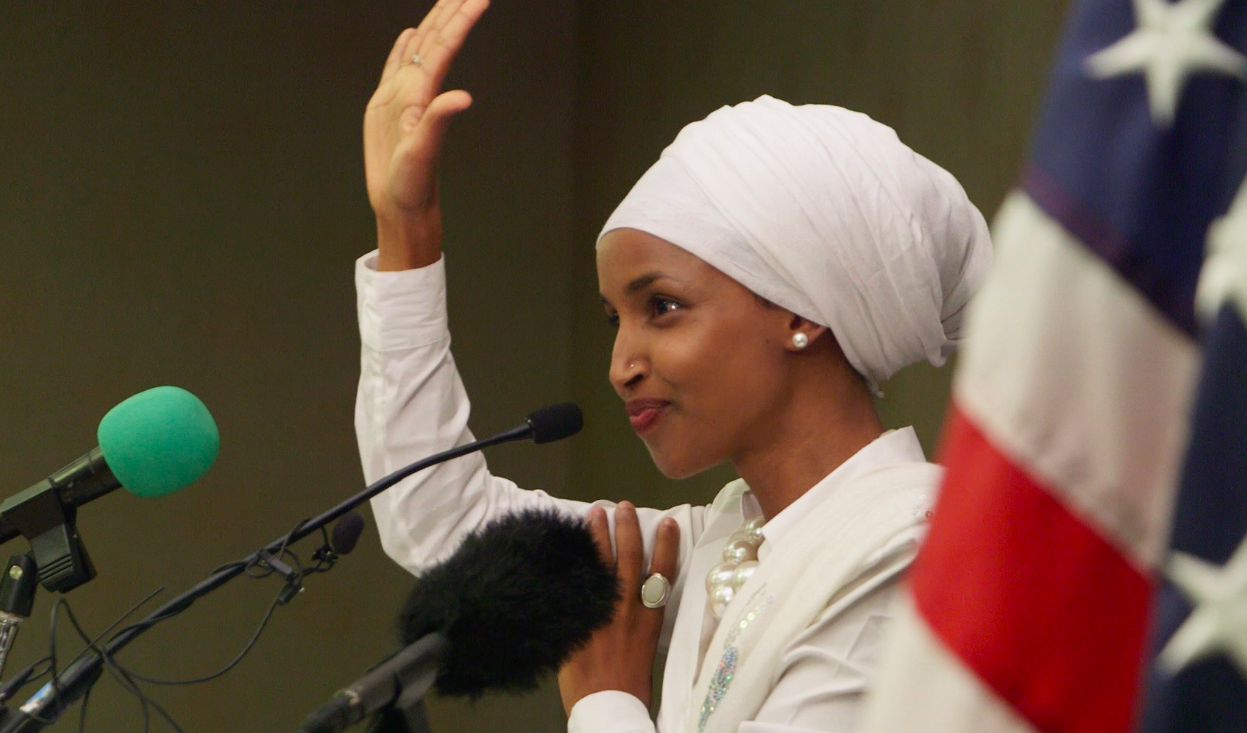 With International Day of Women approaching on March 8 during Women’s History Month, it is the appropriate time for the release of, Time for Ilhan, a documentary centered around U.S. Congresswoman Ilhan Omar’s personal and historic journey into the world of politics.

Directed and produced by Norah Shapiro, Time for Ilhan tells Omar’s personal story and the choices and sacrifices she made to become the first Somali-American, and Muslim legislator in the nation. Time for Ilhan was recently nominated for an NAACP Image Award for Outstanding Documentary.

Time for Ilhan is not a rags-to-riches story. Instead, it is more on the level of a rags-to-empowerment story about a young woman who makes a bold move to enter the political arena. And her boldness results in a historical movement of women running for political offices across the nation. And, Omar, representing the state of Minnesota, becomes one of 131 women serving the U.S. House and Senate out of 540 members.

We learn of how Omar and her family came to the United States when she was 12, after living in a refugee camp for four years to escape the Somali Civil War, that started in 1991.

The timeframe in Time for Ilhan begins in October 2015 with Ilhan speaking at a Somali youth forum at University of Minnesota. Ilhan is a community organizer who advocates for the betterment of students, families, and, long-time residents in Minnesota, where she and her family live. The documentary states that Omar is one of 70,000 Somali-Americans that live in Minnesota. During her time as a community organizer, it is apparent through some individuals, especially those in the Somali-American community, that Omar should consider running for political office. Particularly, they want her to represent District 60 B in the Minnesota State House of Representatives.

District 60 B is described as a ‘mix of new residents, college students, and, long-time residents.’ The majority of households in District 60 B live on less than $28,000 per year. There is also a neighborhood, Cedar-Riverside, aka “Little Mogadishu,” where the unemployment rate is three times higher than the rest of Minneapolis.

With Omar’s concerns about residents finding their voices, it should be a shoo-in for her to run and become the next Representative. The documentary emphasizes that no person of Somali descent has ever been elected to a legislative office in Minnesota or anywhere else in the United States. Omar has to overcome four things, though. Her insecurity on whether she can win — Omar believes that she has ‘no voice, and, will not be able to make any changes, so why bother?’ and beat District 60 B incumbent, Rep. Phyllis Kahn, who has held the seat for 43 years, to get that win.

The third is making some personal sacrifices with her family. She’s married with three children. The latter is handled well, as her husband, Ahmed Hirsi, takes a six-month leave from his job at a bank, to look after the children while she campaigns. She and Hirsi met in 1999 when he came to Minnesota to play basketball and she happened to be at the game. Ilhan’s father also helped with her campaign. The fourth issue is dealing with another Democrat candidate, Mohamud Noor, who is also a Somali-American.

Noor is currently a Democratic-Farmer-Labor member of the Minnesota House of Representatives, representing the 5th District. He previously ran against and lost to Kahn, but threw his hat in the ring again to run against Kahn and Omar. We witness the conflict between Omar and Noor in Time for Ilhan towards the end of the documentary during Primary Day in August 2016 as Omar pleads unity with Noor to gain his delegates’ votes when it becomes obvious that he’s lost, again.

While we are well aware of the outcome of the 2016 election, and Omar’s political fate, Time for Ilhan shows everything that Omar did to get that win. From the moment she made the announcement in October after encouragement from people like Erin Vilardi, founder, and CEO of VoteRunLead, Habon Abdulle, founder of the Women Organizing Women Network, and plenty of young supporters. Omar’s campaign thrives on diversity and young people wanting change and it is evident in the documentary that most college age and twenty-something residents believe in Omar. One person in particular, is David Gilbert-Pederson. Gilbert-Pederson was already nationally known in the media. In 2008, at 17-years-old the Minnesota native became the youngest delegate to the 2008 Democratic Convention, and, was an Obama supporter. He also met Ilhan while working on the Obama campaign. In 2015, he became chairman of Ilhan’s campaign committee. Gilbert-Pederson also advocated for change, adding that incumbent Rep. Kahn always asked for his vote, but never asked about his opinions and concerns.

Omar’s campaign style was grassroots, as she joined her diverse group of volunteers with feet on the ground combined with technology and social media. But she shined the most when she talked to Minnesota residents. Time for Ilhan also showcases the running theme of whether a Somali-American who is also Muslim and a woman, can win a campaign. In one scene, the candidate said that people often asked whether she got permission from her father or husband to run for office.

I appreciated Time for Ilhan for its in-depth look into Omar’s journey to Congress. It did not shy away from the bumps in the road, including one that happened three days after Omar’s win. A question of her being a fraud and a bigamist, that led to a two-week shutdown of filming. That was resolved.

However, as Omar is more than 60 days in as a U.S. Representative, she’s facing new and damaging bumps.

Rep. Omar is currently facing allegations of making anti-Semitic comments regarding Israel. In a Politico article posted March 4, House Democrats will take floor action on March 6 to address Omar’s remarks during a public clash with senior Jewish lawmakers.  Last Friday (March 1), a sign with a photo of the 9/11 attack is above a photo of Omar. The NPR piece, titled, ‘Sign Falsely Linking Muslim Congresswoman to Sept. 11 Sparks Outrage in West Virginia.’

These allegations have led to a wide range of support for Ilhan, including a trending hashtag, #IStandwithIlhan, created on Twitter.

Time for Ilhan shows us that Rep. Ilhan may have had to take a leap of faith into politics, but it also shows that she is made for the battle. Time for Ilhan is a Flying Pieces Production and will be released on VOD and DVD on March 8.