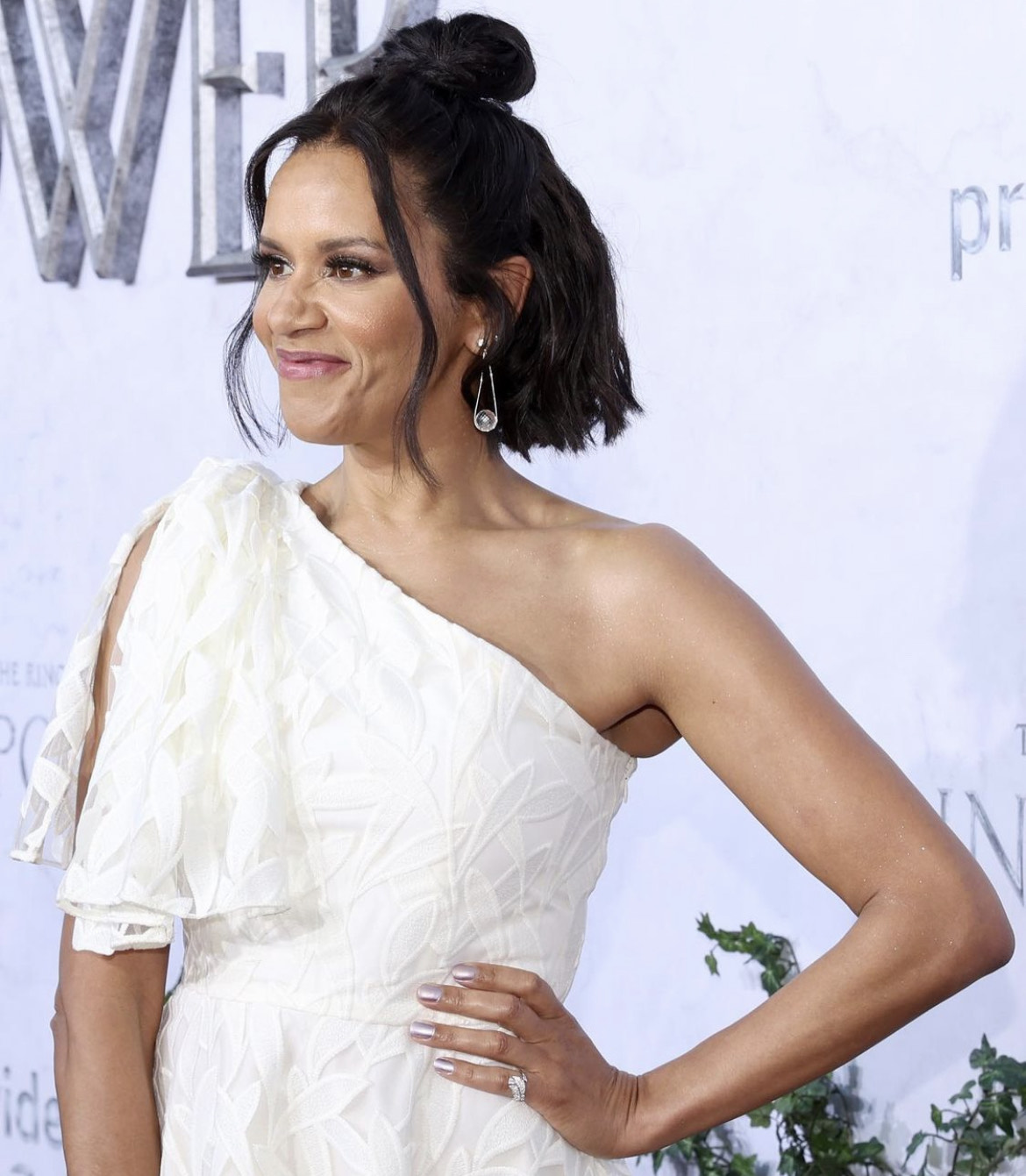 Prime Video’s The Rings of Power is one of the most highly anticipated series this fall. The TV series is a prequel to the Lord of the Rings film trilogy we know and love,set thousands of years before.

Australian actor Sara Zwangobani plays Marigold, who is a Harfoot. Tolkien lore describes the Harfoot as predecessors to Hobbits. BGN spoke with Ms. Zwangobani via Zoom in early August about the audition process for Rings of Power, how her theater background influences her work in television, and about her other career as a high school english teacher.

As a long time Lord of the Rings fan, I’m excited to see you on screen.

We are super excited to share it. I can’t actually believe that it’s nearly upon us because it’s been such a long journey.

For me, unlike for some of my poor castmates, the audition process was quite straightforward. I did a self tape early 2019 for Nazanin Boniadi’s character Bronwyn, sent that in, and didn’t hear anything back. I went on about my business. Then in October of 2019, I got another call for self tape for a different character. Funnily enough, that day I was just really busy with life and was thinking it just didn’t work out last time. Then I sort of kicked myself in my bottom and said, “No, Come on. Just just go and get the tape down.” I very quickly did the tape, sent it off, and went about my life. Late January of 2020, I was in Australia about to come back to Los Angeles. I had everything booked and was due to leave within a few days. I got a call asking me to be in New Zealand within three days to start work, and was on the show within two weeks. It’s amazing. I had so little time to think about it. It just all fell into place.

How does your theater background come into play when creating characters in the fantasy genre?

Theater training is incredibly useful for fantasy and science fiction because it’s such a heightened world that’s quite natural to a theatre actor. I have done quite a bit of Shakespeare, and all the voice training and the the work on the text, the thinking about the richness of language, all of that was immediately transferable to this show, particularly with Tolkien because it is so lyrical. It has so much depth, but you also need to make be able to make it seem natural. These people speak like this all the time. Theater training and voice work are so useful for this genre.

You’re also an English teacher, and I hear you still teach due to the teacher shortage Australia is experiencing.

Yes, I often go back to teaching there because there is a teaching shortage. Just before this campaign, I did a contractor school at home. And some of the kids found out I was on this show, and they were like,”What are you doing here, Miss?” It makes me sound like a total good Samaritan, but I also do it because I just love teaching kids English. Communication, it’s the thing that makes the world go round. Really, doesn’t it? So yes, I am still teaching. I probably will do some even now after the show starts because I’ve got a little hiatus before I do another thing, a play. So yeah, I go back to school all the time.

You’re going to be popular.

You know what? The status of being an actor in a show of this caliber only goes so far with teenagers. You’re popular for a minute, and then they’re like, “Hey, I’m more important because I’m seventeen.”

Is there any other character in the series that you thought was a juicy role you’d like to play?

Well, there’s actually a lot of them: Arondir, Ismael Cruz Cordova’s character; Owain Arthur’s Dwarf Prince Durin. But overall of course, I love my half-foot world. It’s become my world. But oh, I wouldn’t mind a crack at a crack at Cynthia Robinson’s character, Queen Míriel; she’s quite an incredible character. 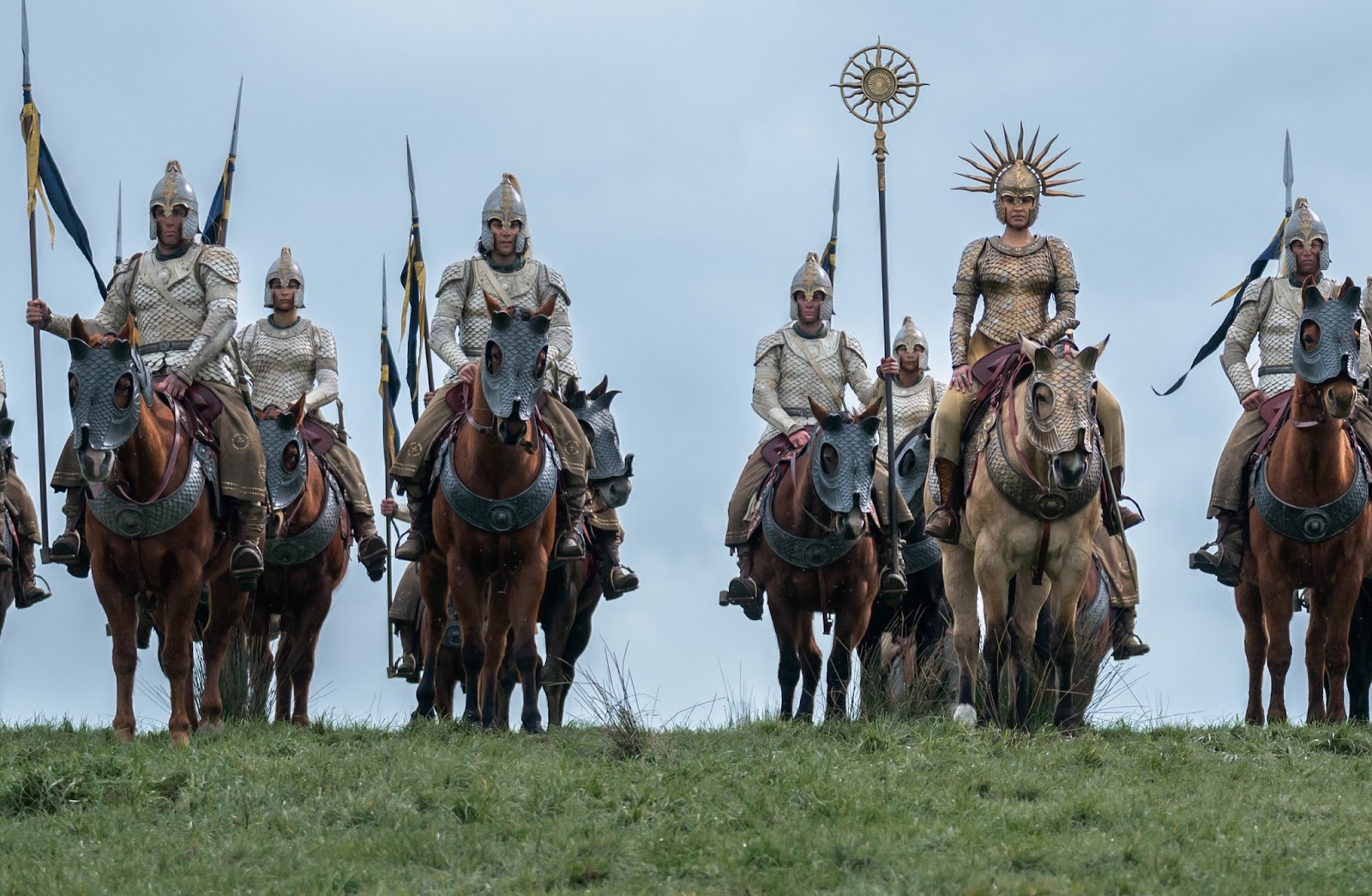 And were you a fan of this series?

I was a big fan of the books, read them when I was very young, which started my love of fantasy. I’m sure that you’ve heard that I’m a big fantasy sci-fi nerd, which is why this is like a perfect marriage talking to Black Girl Nerds! When the Lord of the Rings movies came along they were like a Christmas present every year. I adored them. I was transported, and I felt like they were made by someone who really understood the books and wanted to do them justice. That’s not dissimilar in Rings of Power in terms of J.D. and Patrick and everyone involved in this project really wants to do justice to this world. I was talking to Rob Aramayo [Elrond] in London the other day, and for two hours we were talking about how much passion everybody has for this show.

Rings of Power is going to shift perspective for people who in the past weren’t visible in the Lord of the Rings films. There will be Black and Brown female action toys from this world! How does it feel to be able to leave that as a part of your legacy as an artist?

What you’re talking about resonates with me very much from my own childhood of growing up and loving fantasy, but finding very few faces that reflected back at me. I have a daughter who’s nearly eight, and I am so proud. I can’t wait for  her to see this. I’m so proud that she’s gonna get to watch it and see these faces of color. It’s just going to be there from the word go. With no explanation — it’s just we belong. That’s deeply important to me. At Comic Con, I tried not to get teary, but I had a girl come up to me, Anna Maria took a photo with her, who just said how much it meant to her. She talked about when she was a little girl and she just said this is so necessary for people of color to be reflected back at viewers. And she got teary and I got teary, and that moment reminded me of why we do this work. As storytellers we want people to feel that they belong and that these experiences are their experiences. We need to be there. It’s incredibly important.

What’s bringing you the most joy?

The Lord of the Rings: The Rings of Power premieres Friday, September 2, 2022.

‘The Lord of the Rings: The Rings of Power’ Cast Joke About Wandering to Sets from Other Worlds

The Cast of ‘The Lord of the Rings: The Rings of Power’ Gives Us a Sneak Peek Into Their Universe