In the new film, Aquaman the DC character finds himself caught between a surface world that ravages the sea and the underwater Atlanteans who are ready to revolt.

Jason Momoa dashes onstage and says, “It’s the giggle effect. 5 to 6 years in the making. I’m so proud of it. My cast is amazing.” 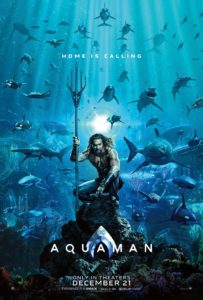 James: “There’s a lot of superhero stuff out there, mine is more science-fictiony than a normal superhero movie.”

Yahya:”I tell my agent this is great and everything but I can’t swim. I don’t want to be that dude. I actually secretly learned and taught myself to swim in the mornings and evenings. I bought some goggles and a kickboard and taught myself.”

Nicole: “I got to lie on a rock with big waves crashing over me and I was like give it to me James the more massive the better.” 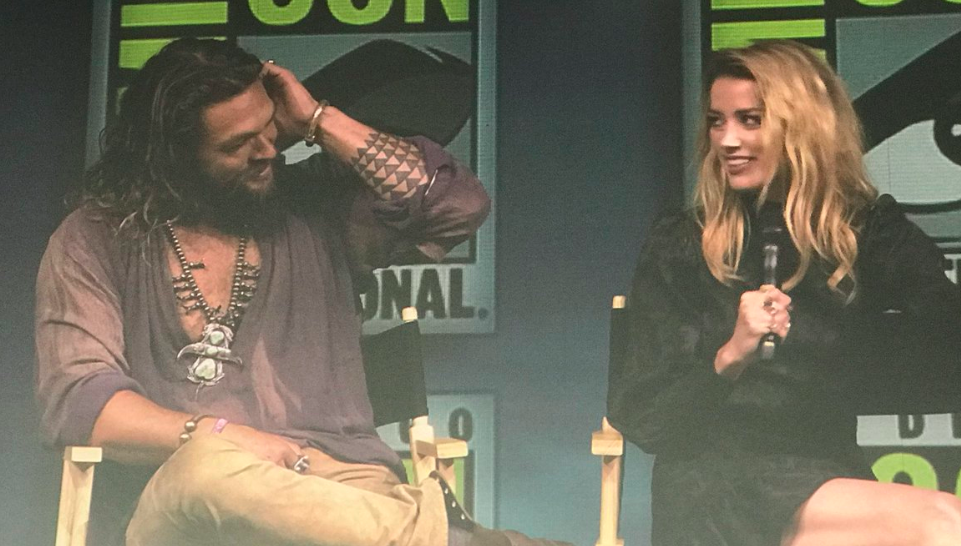 James Wan understands characters and genre more than anyone I know.

Patrick: “James Wan understands characters and genre more than anyone I know. He has such attention to detail. He can do any genre.”

If you could be any sea creature what would you be?

Jason: “I’d probably be a shark or an old great white.

Atlantian Vulko will be a canon character in Aquaman.

What other superhero/villain would you like to team with?

Yayha: “I would design it so Black Manta could team up with Batman and the Joker.”

We also got a chance to see Aquaman reveal his gold green suit!