Today in Hall H over San Diego Comic-Con, the Paramount Pictures film Bumblebee, provided some super cool and interesting exclusives for fans. Just to give you some background on the film, Bumblebee the Autobot is on the run in the year 1987 and seeks refuge in a junkyard in a small California beach town. Charlie, on the brink of turning 18 years old and trying to find her place in the world, soon discovers the battle-scarred and broken Bumblebee. When Charlie revives him, she quickly learns that this is no ordinary yellow Volkswagen.

Stan Bush sang the 80s theme song from the epic animated series Transformers. There was a light show and video presentation that mixed the old with the new. You can also expect to see new a filmmaker attached to this project, director Travis Knight — who worked as the lead animator for stop-motion animation studio Laika.

Expect to see Bumblebee in his original form.

We discover that he grew up playing with the action figures watching 80s cartoons.

The film will be more intimate and more character driven.

Taking the story back to the beginning Bumblebee will fulfill that coming of age storyline from the 80s and bring this new film for the transformer franchise and the filmmakers lean into the simpler plating of the G1 design.

The movie trailer for Bumblebee keeps the story under wraps. Which is quite rare in the age of long-form movie trailers. 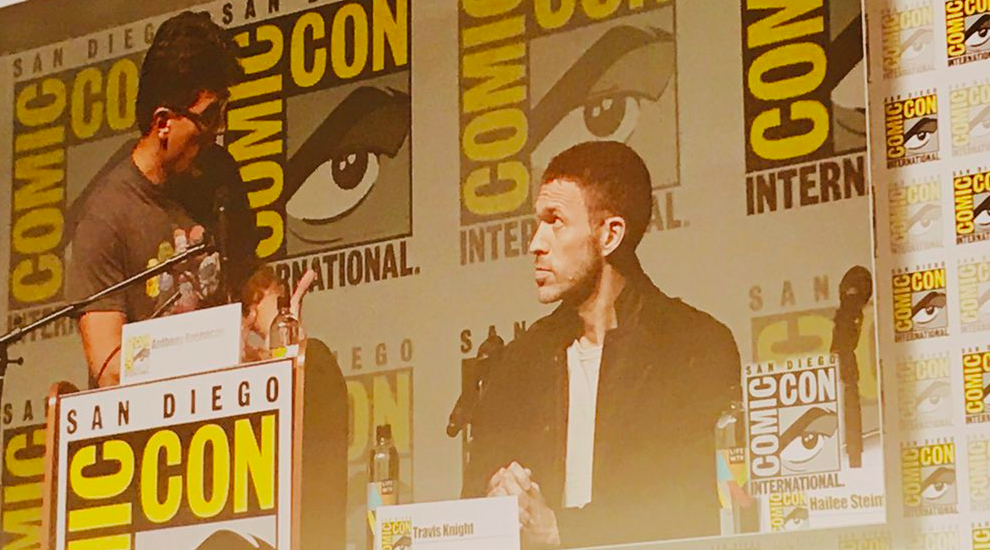 This film is also an origin story. The one transformer with the greatest affinity for humanity. He connects the best with characters and we see as he develops why does he become the character he becomes. It’s a deep dive and a way of looking at the Transformer that we haven’t seen.

Bumblebee is alone, there are no Autobots. He’s alone like most humans at some point. It’s a relatable story. We get to visit his world in this movie. We see Cybertron and it is awesome.

Charlie Watson is played by Hailee Steinfeld and she is your typical misunderstood teenager. She finds the freedom she craves and tries to fill the gap of lost that she has. Craving a sense of freedom, she finds a car and turns out its not just a car. Before she finds out the car is a robot, she thinks the car is going to change her life. She’s trying to find her voice, as is Bumblebee. Making sure the relationship Charlie has with Bumblebee meant something.

Memo played by Jorge Lendeborg Jr is new to the neighborhood. He is attracted to Charlie and is sucked into the adventure of Bumblebee.  He speaks to the inner geek in us all. Memo’s bedroom is basically the way Travis’s bedroom was as a kid.

As for our villain Decepticons, Shatter and Dropkick, they are voiced by Angela Bassett and Justin Theroux.

They are triple changers. They are muscle cars who can also turn into flying vehicles (chopper and jet). Fusing the old with the new dropkick’s helmet is reminiscent of megatron.

Bumblebee will be released in theaters December 21st, 2018.