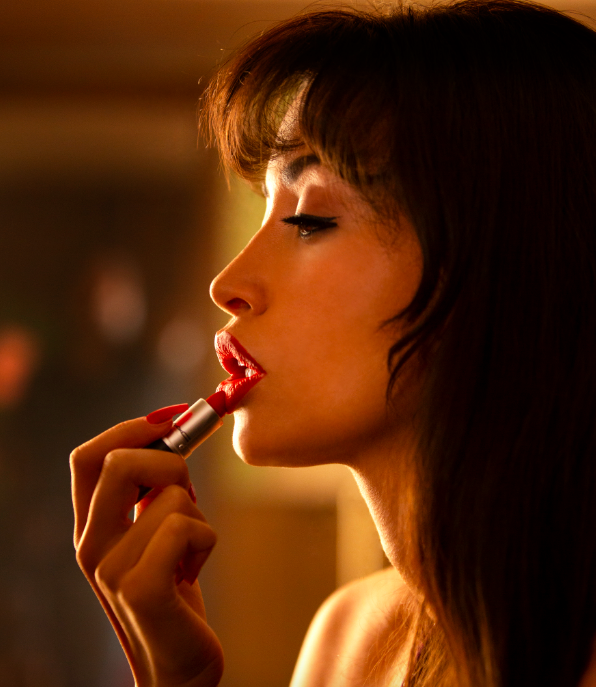 AB and Vangie are enjoying parenthood, or AB is trying his best to keep things clean while he stresses about writing English songs for their deal. Selena does her best to write lyrics.

Suzette is finally driving her and Selena around as Selena sings the song that she wrote. At a meeting with EMI, the band finds out that Jose likes their English songs but it won’t be going on their album and they have a new producer. Abraham isn’t happy to hear that there are changes on the deal that they made. Selena is willing to put out a Tejano album but not the producer. After a discussion between Jose and Abraham, they sort things out. Jose reminds Selena that she has a meeting with the stylists and she must bring her style to work image.

Pete, AB, Abraham, and Ricky talk over what their new sound will be. Later, Selena and AB argue over the fact that she was late to the studio and that she is only focused on her look. He is worried if the first album doesn’t work out, he will be dropped but she will continue to be a singer. They work things out and are able to work the song out to go faster. Suzette and Selena buy fabric then get started on their looks for the album cover, bedazzler and all.

At the meeting with the ad developer, they find out that they already had a concept with muted colors and they are only interested in her having a look that is inspired by Spanish artists. No Janet or Madonna. Or makeup. The shoot is out in the desert, the wardrobe is “world,” and the family doesn’t look excited. Ruben Cubillos (Randy Vasquez), the lead for everything, states that it will look amazing. Selena and the crew are not happy with their clothes that are in some tired black and tan tones. Abraham voices his concerns but is brushed off as Selena crashes at her shoot. He takes his anger back to Jose and is informed that the concept is that Selena will be seen as “exotic.”  As much as they want the “artist to be happy,” they are pushing their own agenda; Selena and crew can’t come off as difficult. Jose states that if they do another cover, they will have to push the release date to an unknown time. Maybe they should have gone with CBS.

Marcella, being a caring mom, goes to the studio to bring AB dinner and a word of advice, as well as instruction to go home to his family. Vangie is up waiting for him when AB gets home. She tells him to pull back and be with the family a bit more. Selena and the band go over the lyrics of a song based on the “Sukiyaki” song. Ricky informs them that the original lyrics weren’t about love but heartbreak, walking away from a protest that he didn’t win. It is a message that they all can relate to in a way.

The listening party starts off with a random woman asking Selena about her clothes and where she could find them, as well as not recognizing Selena from the album cover. Selena tells Suzette that she has always wanted to have her own designer line. Jose tells AB that he could possibly have a new single for the record. Abraham informs Jose that he and his kids have learned a lot, collaborated, and will use what they learned in their next rodeo with them.

When the family sits to watch Johnny again, Abraham reminds them that they have a lot of work to do between this record and the next and it is an important time for their work. There’s a lot of emphasis on there being “no distractions.” Just happens that a cute new band member comes to the house and catches Selena’s eye. Problems on the horizon.