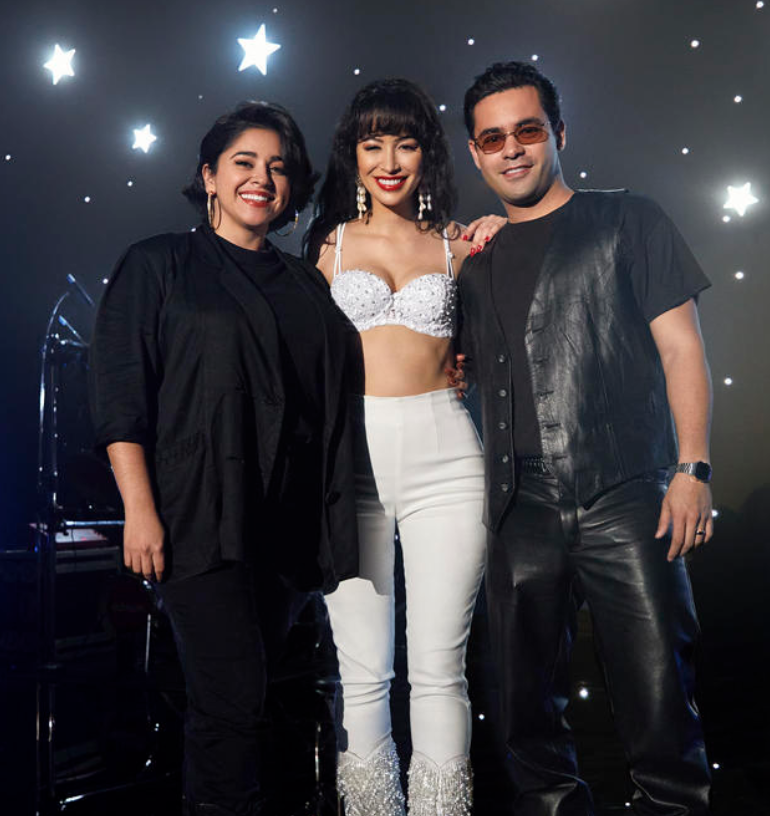 While the band is performing in a club at Eagle Pass, a fight breaks out near the stage. When the band tries to leave, people push to get near Selena. One man even has the audacity to grab her, and she punches him. AB talks to the guys in charge of crowd control and nearly goes after the guy who grabbed Selena. Chris goes to check on Selena but is told by Abraham to go load up the bus. Selena tells him she is fine. Suzette is the only one to see the exchange, then the two argue about the situation. Suzette doesn’t approve, gets upset that Selena kept it from her and told AB, then storms off to accuse AB of not being able to keep the band in line, claiming it will blow up.

Looks of longing are exchanged on the bus between Selena and Chris. Pete informs Abraham that José wants Pete to release a solo album then immediately tour after the release, which means he would have to leave the band. Abraham is very supportive and understanding but it is up to Pete to tell AB. The band talks about how the song affects their crowds to the point that even the women are fighting. Let’s just say AB’s theories are a bit out there.

When they are back home, Bill calls the landline to talk to Abraham instead of Suzette. The sweet guy asks permission to take Suzette out on a date. Abraham agrees then informs Suzette that she is going on a date with Bill. That is about the cutest thing ever. I giggled and snorted. AB wants to work but also misses being home with his wife and two kids. Veigna says she got it handled. Abraham talks to Marcella about finding someone to start a fan club for Selena. Marcella is concerned about the fight that broke out; she wants to ensure that Selena is safe at all times. The idea of a bodyguard is brought up.

David Kramer (David Fernandez Jr.), is brought on to be a bodyguard for Selena, even though she doesn’t want one. Abraham tasks Suzette with contacting one Yolanda Saldivar (Natasha Perez) to run the fan club. Suzette questions the whole idea and even Yolanda, but the fan gives compelling remarks on how she can help. With David watching Selena, she avoids Chris, who ends up getting hurt. While on stage, Selena asks for assistance on the next song. She calls up a man on stage to act like her ex-boyfriend, while her current boyfriend watches painfully. Chris questions if Selena wants to be with him or is her family above him?

AB and Abraham talk songs, line up, and a number one hit. AB wants to bring Chris out more on a song but Abraham doesn’t want it. The pressure really mounts up each episode for AB. I’m afraid he will crack. Selena writes a song but requests that Pete makes it better. Suzette takes the time to talk to Bill, who mentions he wants to see her perform. Later she talks to Selena about how she and AB miss their loved ones, also wanting to be with someone but are unable to. Selena points out how she is in the same boat but closer to home. After a performance of a song, Chris tells Selena that he loves her. Actually, he said, “Te amo.”

Pete finally works up the courage to talk to AB about going solo, but he doesn’t take it well and storms out. Once outside he sees Selena and Chris leaving each other. He takes it upon himself to go off on her for the relationship and the band being burned down. A song finally comes to AB as he showers and memories of him and his siblings come to him. Pete and him figure out a bit of a song and teach Selena, “Como la Flor.” Chris and Selena get a moment to talk about how things are going by so fast. She loved the beginning moments of her career. The two share a kiss and are caught by Abraham, who is quick to pull over, fires Chris, and kicks him off the bus, then he questions Suzette on whether she knew. She deflects that question. AB points out that they are touring and have an album to finish. Abraham states that they will find someone new, but AB reminds Abraham that it is always on him to find a new member. Selena points out that Abraham never liked him or got to know him, but Abraham is adamant on his decision. They drive off, leaving Chris behind.

The start of the series was a bit bumpy but definitely found its footing somewhere in between. This is a look into someone’s life, and it isn’t easy to watch when you pretty much know the story. The family struggled to find their footing as a band but were able to get some traction for a few years. All of their decisions, mistakes, and victories lead up to one woman impacting the music industry in a big way. I want to see more on how the family gets there, but it won’t be easy to see more of Yolanda Saldivar on the screen. My biggest concern is for  AB and the pressure Abraham put on him to be the producer, band manager, and right-hand man from his teenage years well into adulthood. It is isn’t easy for family members who go into the entertainment industry.  I guess we need to wait for Part 2.