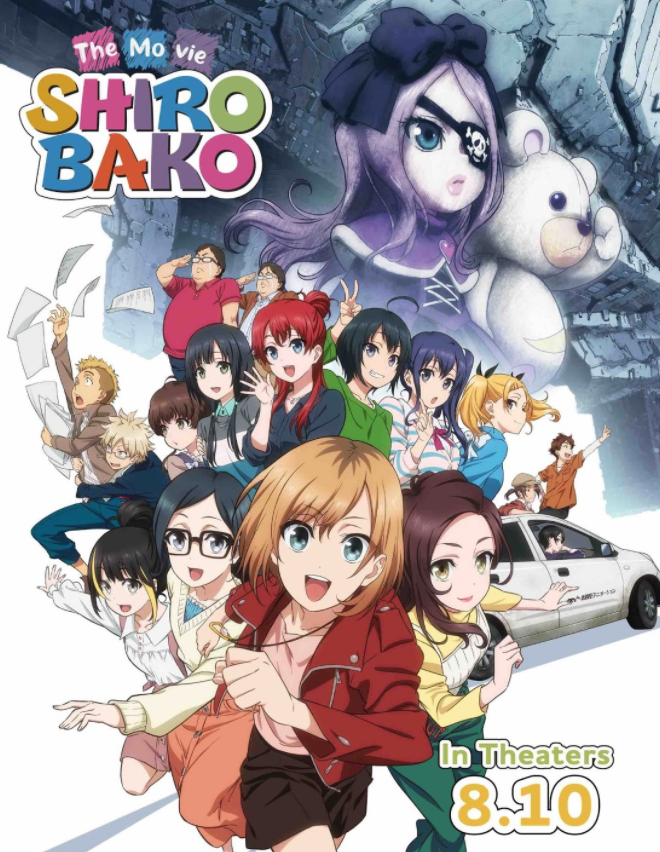 After being released in Japan for over a year, Shirobako: The Movie is finally making its way over to the West with a North American release date of August 10. The movie is a continuation of the series, which followed the story of an animation group and their daily activities and industry ups and downs while creating a series. Like most anime movies, it gives fans the chance to see the characters they followed after some time has passed. So let’s see if Shirobako: The Movie does a good job of picking up where the original series ended.

To start with, let’s talk about who this movie is for. First and foremost, and obviously, the movie is for fans of the original series. We’re following characters with backstories and relationships with each other that were developed in an entire 24-episode anime. Not to mention, this movie takes place four years after the events in said anime. So, established fans are going to have stronger connections to the plot and the characters. However, that’s not to say that new fans should skip out on the experience. While it’s recommended to watch the anime first before seeing the movie, if one wanted to do it the other way around there wouldn’t be much penalty as far as enjoyment is concerned. But just in case, here’s a link to watch the series on Crunchyroll.

One thing that Shirobako: The Movie captures is the original series’ individuality in its storytelling. Shirobako’s story is unique in that it tackles the industry that it exists in head-on and even more so in the movie. While the original story takes place when there was a boom period for the anime industry and these companies are held in high regard, the movie takes a more sobering approach. From the start, it’s established that in the four years that have passed, the industry is in a harsh state of affairs where studios are struggling to keep buyers interested.

Speaking of story, the plot is sure to keep watchers intrigued. Aoi Miyamori is keeping herself busy with the normal run-of-the-mill troubles of working at Musashino Animation. Producer Shun Watanabe approaches Aoi after a morning meeting to place her in charge of a project for the studio — a theatrical anime that ends up with its own share of problems that Aoi and her team has to do battle with over the course of the movie. It’s a workplace story with the added flair of taking a look at the anime industry as a whole and the ups and downs that it goes through over time, along with the trials and tribulations that studios face in this sometimes harsh business.

In terms of look, the movie has beautiful animation and character design. P.A. Works took the style of the series and did a great job of kicking it up a few notches to fit with the theatrical feel of a movie. This extends to the more stylistic segments of the movie, such as at the beginning where we’re treated to a background section detailing the rise and fall of the modern anime industry.

If there were any nitpicks to have with the movie, the main “villain” would be it. He doesn’t outright hinder the story but he does come off as a stock evil businessman. There was room to show more nuance and variation in how the entertainment business could morph someone into a cold and calculating person, especially since the movie, and the series as a whole, is in some ways giving commentary on the industry. But again, that’s more a nitpick than something that stops the movie dead.

In terms of main characters, Most shine really well. There is a clear focus on Aoi’s story and her journey, which is to be expected as she’s our main protagonist. But, it would’ve been nice to see some of the focus spread evenly amongst the group and how their careers have affected them. There are shades of that, but a little more would really drive the point home of how the industry has changed and how those changes affect the individuals in a company such as this, in a business such as this.

All in all, Shirobako: The Movie is a fun watch and gives a clear progression from what the original anime provided. Again, there are some things that could be nitpicked if one really wanted to find fault in the movie, but those things wouldn’t completely sour the viewing experience. Nor should they. If you want to see Shirobako: The Movie for yourself, it releases in the West on August 10, so make sure to see it and even tag us on social media and let us know if our review matches with yours.