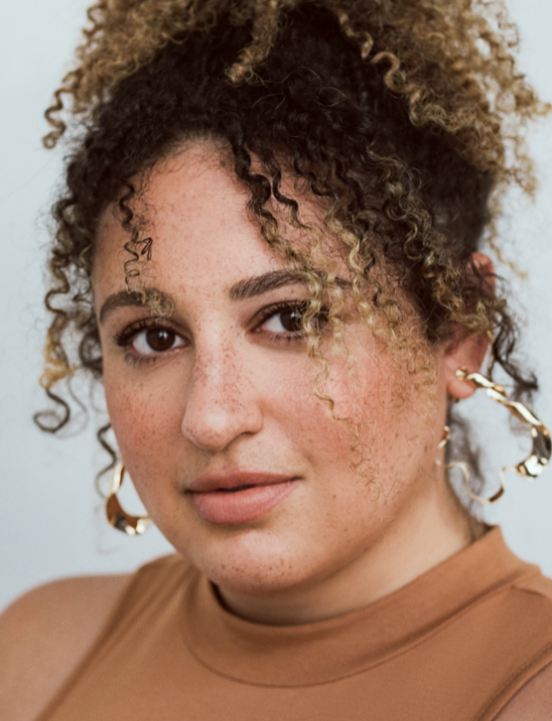 There’s something exciting about someone achieving their dreams, which is the premise of Fox’s The Big Leap and of Simone Recasner’s life as well. Recasner, a Los Angeles native, plays Gabby, a dance contestant with a lot of heart and hope.

With a cast that includes former Scandal star Scott Foley, Piper Perabo (Covert Affairs), and Ser’Darius Blain (Jumani: The Next Level), Leap centers on a behind-the-scenes look at a competitive dance reality show, its producers, contestants, and the tragicomedy drama that ensues.

In real life, Recasner has already taken the leap, and it’s paid off with her first role in a TV series. In a phone interview, her answers are full of enthusiasm, capped off by a sly sense of humor.

You are a native of Los Angeles. For people who don’t know, what are the best places you’ve ever hung out at pre-pandemic?

Go to Philippe’s downtown — best food. It’s still one of my absolute favorite places to go. It’s been the same since I was a little kid. I think it opened in 1918, and my grandpa was one of the original patrons back in the day. So that’s definitely like home.

I’m also a big hiker so I like going out to Circle X Ranch. There are great hikes in Malibu. Some of the stores that I used to go to are no longer open, but Play Clothes [Burbank, California] is the best vintage shop store, and I bought literally all my clothes in high school from Play Clothes.

You’re in a show about a dance competition in which people compete to win and make their dreams come true. You dreamed of being an actress since you were 12, correct?

Yeah, I think I wanted to act earlier than 12, but 12 years old was when I saw a play at the Fountain Theatre [Hollywood] that essentially changed my life. It was called Yellow Man by Dale Orlando Smith. It was multiple things; the form itself was boundaries that I had not experienced in theater before, but also, the subject that they talked about was colorism in the Black community.

It put words to a conversation I’d been having in my head that I hadn’t had out loud and I hadn’t been able to figure out how to talk about either. I said to my parents, “I want to be an actor.” And I basically, very quickly, got very viscerally rejected.

At 12 years old, I just had this insight somewhere in my brain, rather than keep trying to do this thing right now [saying], “Go and get your education and once you’re done, refocus on trying to enter this business.”

Before I did that, I went to Sarah Lawrence College and then right after, to NYU grad and got my bachelor’s and my MFA. I’ve been professional ever since and have been auditioning out of New York. Certainly, The Big Leap is my first TV role. It’s a lot of firsts that this particular job holds for me.

And you got your degree in drama?

I went to school where you didn’t get specific degrees. It was a liberal arts education so everybody got the same degree, but my master’s was in acting. Yes.

Now that you are on set, what surprises you about the day-to-day work?

Multiple things surprised me, one of them being how much is required of everybody on set. That includes the actors, certainly, but also the crew and every person who is a part of the project.

Everybody gives their blood and sweat to make the show happen. First of all, I like it. I didn’t know if I would because I’d done some theater. I’ve done small films that friends of mine wanted me to be in, but I had never done anything on this scale. I didn’t know if I would enjoy this type of acting, but I’ve learned that I not only enjoy it, I absolutely love it! So that’s certainly been something that surprises me — and how much fun it can be.

You form this community, especially given the circumstances we’re all coming out of lately with the pandemic. Having a space that is all about connection, community, [and] everyone working together has been really rewarding.

What is your character like and what is it that you want audiences to know about her?

Gabby is this liberal person. She’s complicated, she’s brave, she’s bold, she’s loud. She’s also very timid and unsure and, at the same time, very sure. She’s a very complicated person who holds a lot of faith. I was very attracted to that in her, and it’s been amazing to discover it throughout the process of doing the show.

Something that I would love for people to know about her is that she’s flawed as well. She’s incredibly earnest; she’s incredibly driven. If she decides to go for something, she goes 100 percent.

There are times where she flips, and she decides not to fight for something. Maybe she listens to the voices in her head and the voices around her and needs to remember how she moves through the world. But she always centralizes herself again with her morals and the things that she believes in and, ultimately, she does believe in herself.

What is your take on reality shows?

I have had, if I’m honest, a complicated relationship with reality TV. I really enjoyed watching [reality TV] when it first came around because my father’s an actor [Ron Recasner] and my sister’s an actor. I come from the world of storytelling. I thought [reality TV] would be taking away from those stories. But what’s been amazing since the birth of reality TV is that content has expanded so vastly [that] I feel there’s totally room for storytelling.

Reality is storytelling, a scene created by a group of people. There is room for that type of storytelling, and then there’s also room for storytelling that has existed on Planet Earth for hundreds of thousands of years, and it gets us through hard times. It certainly got me through the pandemic. My take on reality TV is that it can be really fun. There’s so much around, so you can choose which one you want to watch.

Any fun things that you do between taping with the other actors to break up the tension while waiting on set?

The actors and I get along like a house on fire, like a couch to a remote control! Between scenes, we make fun of each other, we laugh, and we rub each others’ backs because frankly, a lot of us are sore from dancing.

The words that we’re given by the amazing writers’ room are fantastic and give us so much, but we also really enjoy ad-libbing. We do that a lot. Scott [Foley] was very sweet and got us games to play on set. We’re all busy all the time.