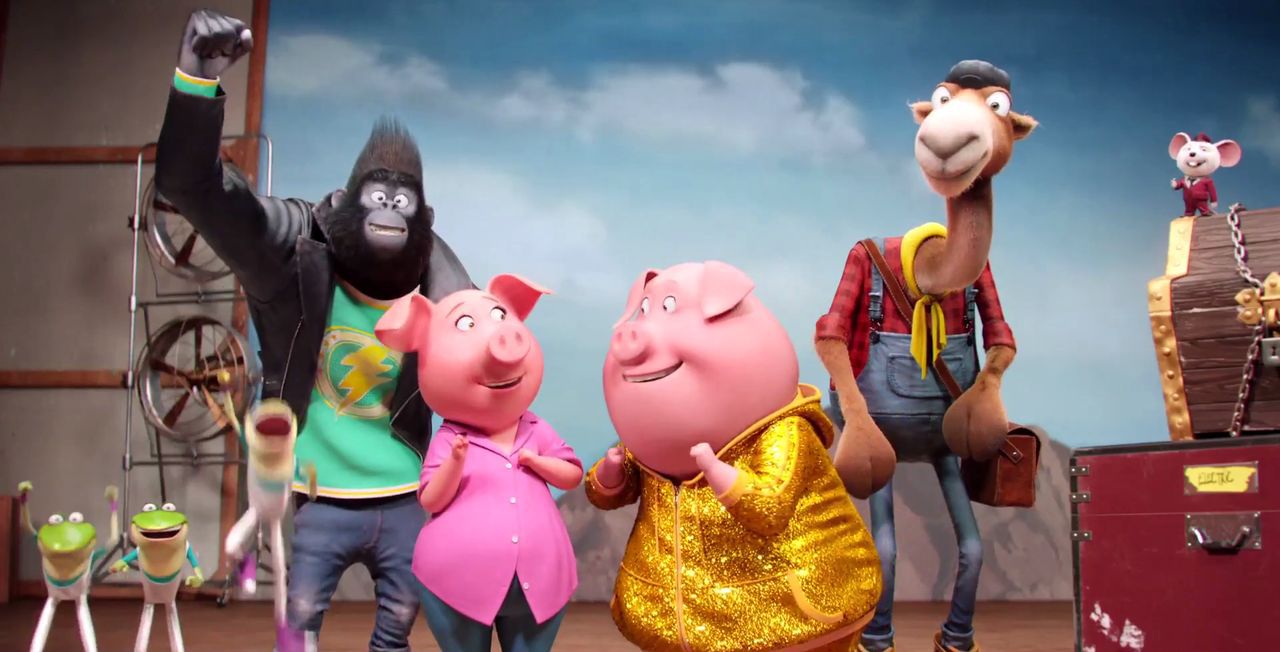 Their world is like ours, but they’re animals. They live, work, raise families, and have big dreams. Buster Moon (McConaughey), a musically inclined koala who presides over a theater that has fallen on hard times. He’s an idealist, (to a fault), so he comes up with a way he believes will save his theater from being foreclosed. Now faced with challenges, he has one more chance to make things right. A light bulb goes off, and he comes up with the idea to have a performance contest for local performers and singers.

After the audition process, five lead finalist are left standing: Mike (Seth MacFarlane), is a mouse who has the voice of Frank Sinatra and plays the saxophone as a side hustle. He’s also a horrible con artist. The talented and loveable Meena (Tori Kelly), is the shy teenage elephant who would rather stand on the sidelines than step up and sing. Rosita (Reese Witherspoon), the pig, is an overworked mother with 25 rambunctious piglets to raise. Johnny (Taron Egerton), is a singer at heart. He’s a warmhearted Gorilla working to break out of his Father’s shadow and their family’s criminal past. Last but not least there is Ash (Scarlett Johansson), a porcupine with a touch of edge. She joins the contest as a way break away from her boyfriend who is slowing her down. 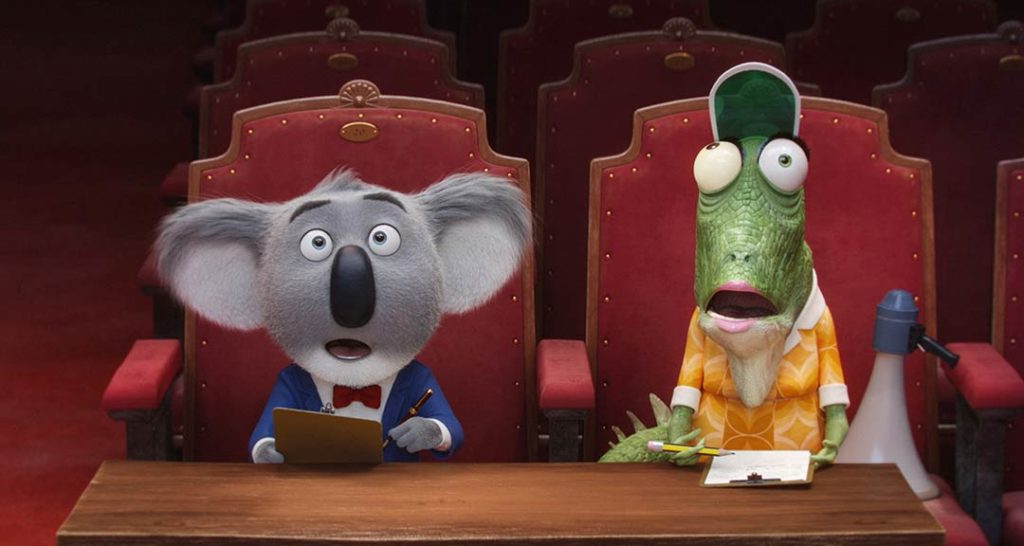 Once the contest is under way, it becomes a comedy of errors as Buster struggles to keep everything together. Despite challenges, the show must go on!

Sing comes at a time where animal movies are making a killing at the box office. From Madagascar to Ice Age to Finding Dory, people love to hear animals talk. But now they sing! The music choices here are exciting and upbeat pop hits. Normally, this can be a drag and poorly executed in movies, but it’s a major high point here. With one of my favorites being performed by the character Rosita. I was pleasantly surprised at the quality of Reese Witherspoon’s voice. Her version of “Shake It Off” is better than the Taylor Swift version (SHADE! I know).

Another character favorite is Miss Crawley. She has the most obvious distinctions as she’s a Cameleon with a glass eye. This googley-eyed lizard is 200 years old and trembles because of her age. This is a great little detail to add in and made the character seem natural. Gareth Jennings as the voice of Miss Crawley is perfect and the inflections of the character voice while delivering those one liners are just perfect.

All the characters are intriguing, but you don’t know enough to care about them genuinely. The movie jumps all over the place with trying to establish origin stories, and it’s all too much at once. A more centralized story would have been more a bit more enjoyable. They all want to win the prize money, and Buster wants to save his theater, but they realize they want more than money. They love to sing and want others to give them a chance. Music is universal and can be created just about anywhere. Even within the ruins of the moon theater.