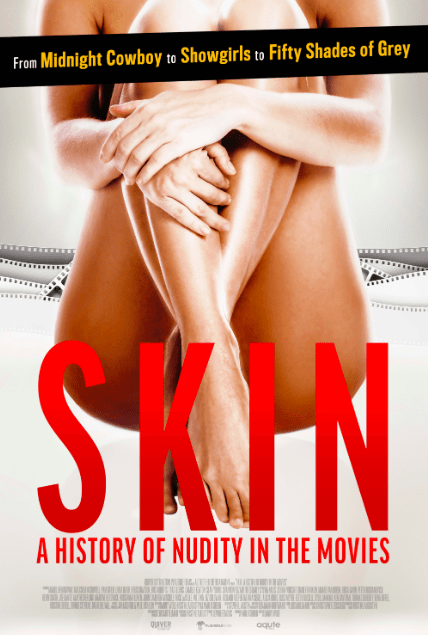 The two-hour documentary film Skin: A History of Nudity in the Movies is a breathtaking and captivating delight. By exploring the connection between film and art, the documentary begins to unravel interesting and probing questions: Is nudity an art form? When is nudity an acceptable artform for both the performer and audience?

Director Danny Wolf has provided a clear and unequivocal perspective on the reality of nudity in film. While some might find nudity to be abhorrent, others find it freeing and liberating. This documentary briefly discovers the ways nudity, sexuality, and even gender are perceived by the people who perform in front of and behind the camera.

People love their movie stars. Audiences enjoy their shocking, humorist, smart, and even at times sexy performances. For one reason or another, people have and are still interested in seeing their stars bare it all in the big screen (in a non-porn video mode, with few exceptions). There is something about seeing nudity in a film that still manages to get audiences in the seat, especially at a time that nudity can be a keyboard touch away. This provocative and smart documentary bares all and exposes the nuances of nudity between men and women, while also bringing awareness to issues that are often harmful to actors and which are dismissed or flat-out ignored.

The opening of this production begins with the #MeToo movement and the effects it has had on the industry. Sparing no one from the importance of consent in nudity and sex work in the industry, it charges into the conversation many are currently having. The documentary discusses the technical aspects of an actor’s contract called the nudity rider. Sets have even gone as far as to create positions called intimacy coordinator to secure the wellbeing of actors during intimate or sex scenes. One intimacy coordinator, Alicia Rodis, makes clear, “If a director requires a nude scene where the characters are performing sexual acts, those actors are considered sex workers.” Ultimately, this drives home the point that nudity is a choice and not an expectation.

The director and writers Paul Fishbein and Danny Wolf with this cinéma-vérité pursue the truth for understanding of how nudity is exhibited through history and present time. The discussion of nudity and art takes on a more complex tone as this documentary tries to get ever closer to understanding the intersectionality of nudity, sex, and sexuality. This extraordinary feat is accomplished with the help of a experts, actors, producers, and others who work in the business in order to discuss issues that have risen from their personal experience in the film industry.

Skin is filled with nuggets of historic gold. For example, it explores how nudity is political. For a while, nudity in film was a career breaker for many. Marilyn Monroe changed that with a clever line and a nude photo. In 1952, Monroe was asked by a gossip columnist about a calendar from 1949 in which she posed nude. In the press conference, they asked Monroe what she had on, and her response was, “the radio.” That is where nudity began to be seen as shifting from a negative to a positive. The ethos of nudity began to see a change.

The body and what it means and what it represents largely depends on the times. This, like people’s politics, has changed over time. The documentary looks deeper into the history of nudity and art to show that what might be considered obscene in one period from one community might be seen as banal in another time and community.

An illuminating aspect of the film are the big-name actors, all-star directors, and important producers who are interviewed, with each one having a unique perspective on nudity. Each person delivers a message that at times are completely different from their colleagues. Actors like Betsy Russell have a positive view on nudity, saying, “When am I ever going to look this good again? Why not have it on film?” Others still have a less than approving view on it. Bruce Davidson recalls a conversation he had with his uncle who had went to go see Last Summer, when his uncle told him that not too long ago he was wiping that ass as a child.

This juxtaposition is done to reveal that nudity isn’t so cut and dried as something that can simply be seen as obscene or not. Whether nudity is a form of empowerment or embarrassment, the documentary allows the viewer to decide for themselves. Each person discusses their positive experiences filming nude, and some discuss their negative times and even backlash that they have received from their performances. Each anecdotal story helps to carve out a better understanding of how much progress has been made and continues to in the film industry.

Skin is jam packed with ethical, moral, and artistic questions that center around nudity. Even with its two-hour length, it proves to only be a jumping off point for harder and deeper discussions to have about nudity in film. For anyone looking to jump-start a great conversation about nudity in the film industry, this is a wonderful and entertaining documentary to begin with as it explores the progress people have made in relation to nudity in film.

Skin: A History of Nudity in the Movies is now available with video on demand.