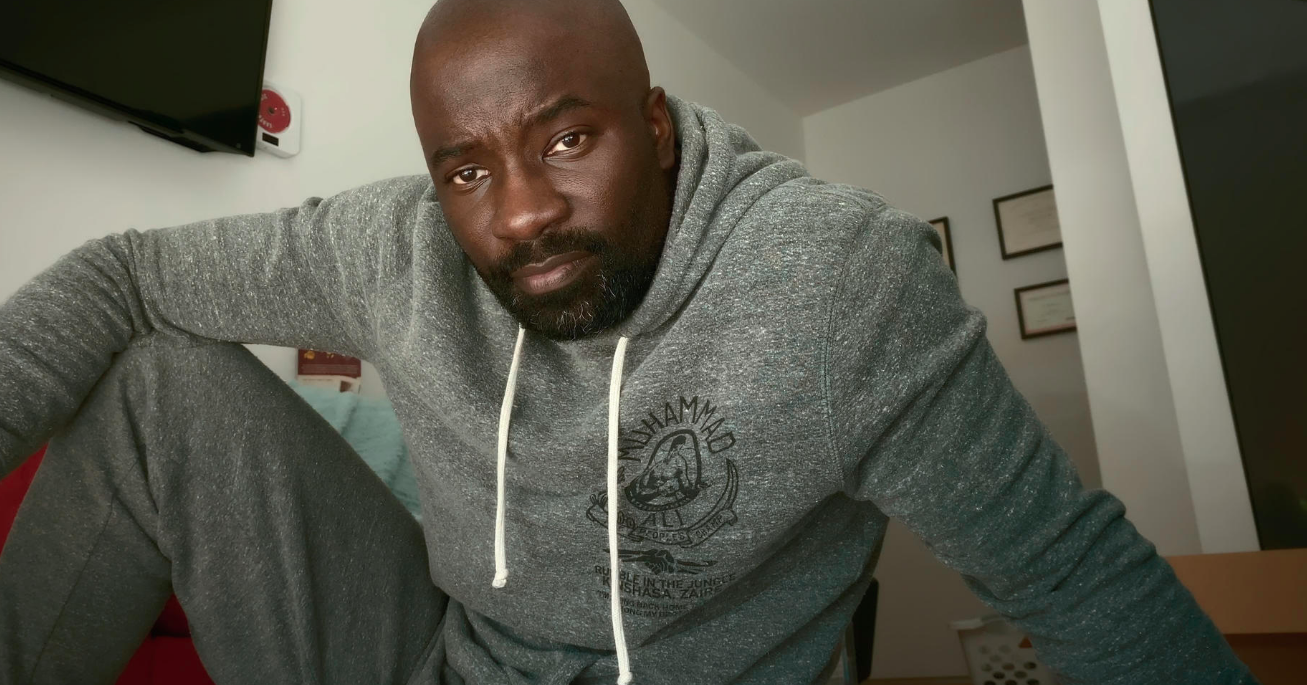 April 2, 2020, seems like a lifetime ago. We open on this date with a Zoom group listening to nonessential barber Ike (Mike Colter) talk about how he is trying to cope with the closing of his barbershop, losing his girlfriend Raquel (Shakira Barrera), and burying his uncle who died from COVID. Big points for him staying sober through it all. I think this is an AA support group. After a serenity prayer, Ike changes the information on his shop and deletes his girlfriend’s birthday from his calendar. While on quarantine, Ike works out, learns to play the harmonica, watches YouTube videos.

He assists his friend Reggie while he cuts his hair, and they briefly discuss the problem with officers killing Black men. Ike scrolls the gram and sees a post from an old friend that prompts him to call him. Dan (Ajay Naidu) reminds Ike of their old times and is surprised to hear that Ike has gone sober. Unfortunately, Dan now has a bit of a family with his girlfriend and her child now living with him.

Ike then goes down the dark path of checking out Raquel’s gram and finds that she has got a new boo. He tries to call Raquel but hangs up before she answers. He then calls Gene to talk about Raquel living with another man. Gene recognizes that Ike needs to talk things out. He informs Ike about the time his wife left him, and he took it hard by driving and drinking. Gene says that Ike can call him anytime, whenever he needs.

Ike gets silly and posts pictures of himself and his plant. He is enjoying being creative and the reactions he gets. People enjoy his new content at first but after some time it gets old fast. The comments go from positive love to mean real quick. It gets dark when Ike orders out and nearly puts 50 drinks in the order. Luckily, he does not and instead goes to his support Zoom meetings.

During the meeting, he is chowing on eggrolls and trying to ignore the notifications from the gram, but that doesn’t last long. A new mean comment on his lack of a real relationship prompts him to leave his meeting early. Gene messages him immediately, concerned, but Ike ignores him. Ike goes through his phone and looks at messages between him and Raquel, then a video.

Ike wakes up the next day to a plethora of notifications. Gene has messaged Ike about a video Ike posted on the gram. I don’t know what video he posted, but it seems that Ike forgot about the video, too. The video has hundreds of comments and views. It seems that Ike got drunk and posted a video with his plant bae. While drunk, Ike talks to the plant, but it is clear that it was directed to Raquel. Comments are still coming through, and Ike is taking it all in. The episode ends with Ike back at his AA support meetings.

No lie, this episode got dark for me. I needed to take a brief break and felt like crying a little. It makes me consider how others are struggling during this time.