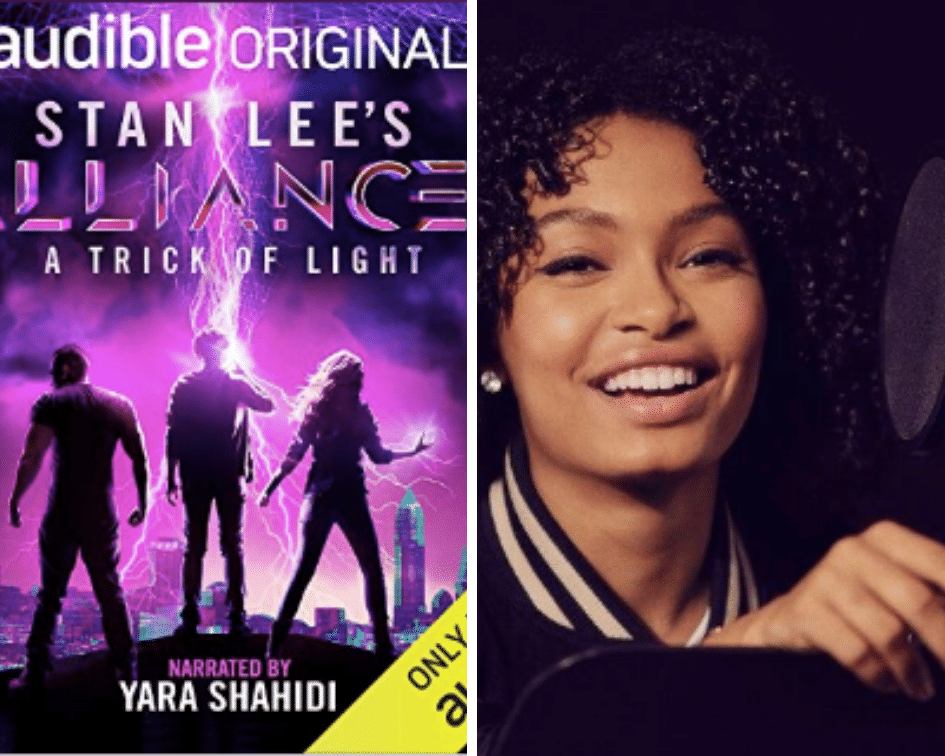 Today Audible released one of Stan Lee’s final projects titled, Stan Lee’s Alliances: A Trick of Light about the perils of our current social dependency on technology.

An eerily accurate account of what is happening in today’s culture, it scrutinizes the incessant and oftentimes toxic dependency on human connection through social networking and tech devices. As well as the fear of having our personal lives and identities compromised leaving us to question our safety. 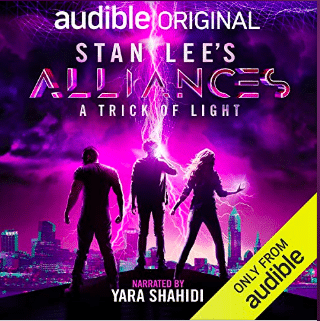 Here is the synopsis from an Audible press release:

Stan Lee’s Alliances: A Trick of Light introduces listeners to a mysterious young woman, Nia, whose fate is intertwined with a seemingly ordinary Midwestern teenager, Cameron Ackerson, whose quest for YouTube stardom takes him to the heart of the Great Lakes Triangle where he is imbued with the power to “see” and “hear” a new reality. As Nia and Cameron’s relationship grows, they conspire to create a more righteous online universe, dishing out justice big and small, but wind up crossing a shadowy outfit called OPTIC, which goes after them for its own nefarious purposes. Meanwhile, a threat of galactic proportions emerges, imperiling humanity’s very existence by harnessing our individual desire to connect as the very means to destroy us.

“I’m honored to help bring to life Stan Lee’s Alliances: A Trick of Light. This project has allowed me to dive deeper into a world of imagination created for us by Stan Lee, whose stories seem to always transcend time,” said Yara Shahidi.

Stan Lee’s Alliances: A Trick of Light will be available for download exclusively from Audible starting today June 27th.

Mariah Carey to Voice Her Own Story in Audiobook Memoir