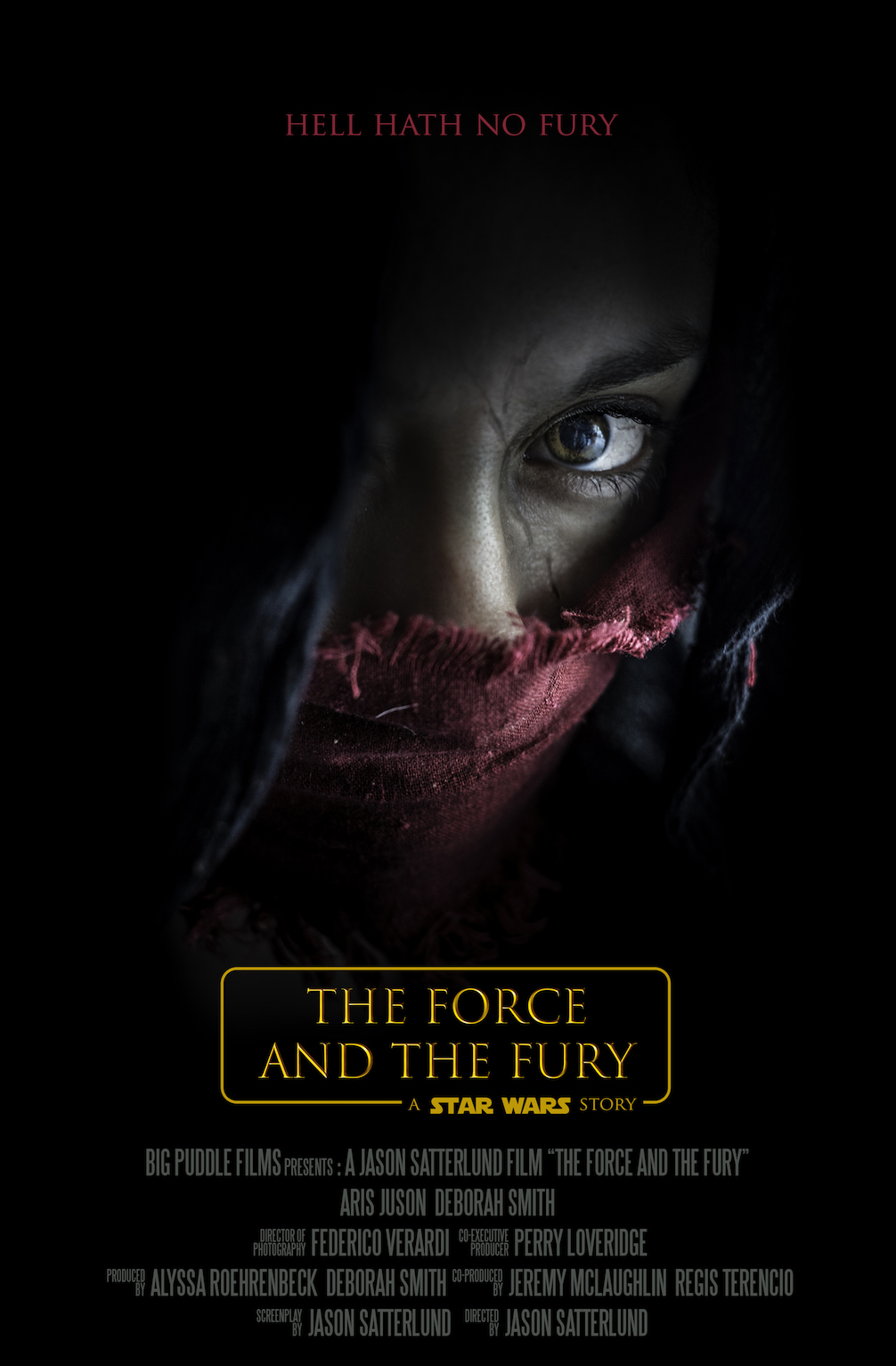 0 Shares
0
0
Tweet
Pin
Share
Reddit
Share
Share191
Email
191 Shares
On April 22, the Star Wars universe got a little bigger when Jason Satterlund’s short film The Force & the Fury was released. Satterlund has crafted a fan film that embraces the richness and adventure of the beloved sci-fi series.
When a Jedi (Aris Juson) crash lands on a remote, forest world, he must face off with a mysterious Sith (Deborah Smith) in a riveting duel as he seeks to discover what she’s hiding.
The film is a strong addition to films that embrace representation, with Smith’s powerful and nuanced portrayal of a female Sith. Satterlund created a character that turns common Star Wars rules on its head by making the villain a female, something that has only been done previously on a small scale.
The Force & The Fury is available online. Find it at www.theforceandthefury.com.
The Force & The Fury is, in part, a farewell to Satterlund’s lush, tree-filled home state of Oregon. Satterlund, who recently moved from Portland to Los Angeles splits his time between his own narrative projects and commercial work. His motivation for the
project was deeply personal, saying, “This…wasn’t about a product or a service, it was an opportunity to expose on thing that makes us human — relationships. It’s about how they split, heal, and scar over time.”
Jason Satterlund’s last, major narrative work, The Record Keeper, was nominated for Best Web Series and received the award for Best One Shot at the 2013 Geekie Awards in Los Angeles.
****
Jason Satterlund’s production company, Big Puddle Films, has fostered stories from around the globe, giving life to products, projects, causes, and more for over 16 years. From the Philippines to Brazil to Arkansas, fans love Director Jason Satterlund’s raw, emotional style. Renowned film festivals such as Raindance, Open World Film Festival in Toronto, UK Steampunk Film Festival, and Cedar Rapids Film Festival have honored the work of Big Puddle Films.
ALSO READ
The Painful Truth About How Hurricanes Affect Black Communities