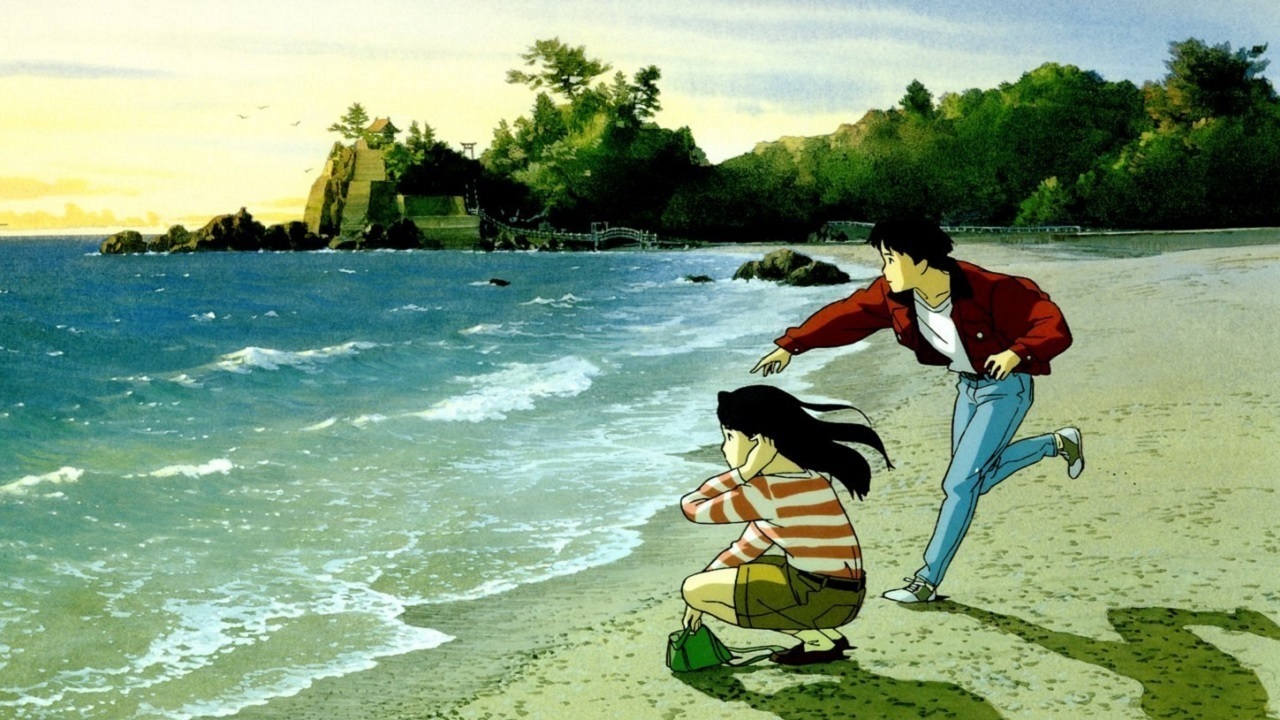 Studio Ghibli has tackled every genre from action to drama to romance. This studio can do it all. They have a signature look that is easily recognizable no matter what story they decide to tell, and I appreciate the art and dedication Ghibli has to the craft.

While Ocean Waves isn’t among their most unique stories, this slice of young romance  directed by Tomomi Mochizuki and written by Kaori Nakamura, will invoke a sense of nostalgia for any anime lover.

The film is set in the city of Kōchi, which is on the Japanese island of Shikoku. It concerns a love triangle that develops between good friends Taku and Yutaka, and a new transfer student from Tokyo. Taku Morisaki is on his way home to visit his family when on his trip, he starts to reminisce about the first time he met Rikako, the new girl in school. Rikako is a recluse, a rebel, and angsty. She is also top of her class and isn’t interested in forming friendships.

These two people normally wouldn’t interact, but they are brought together by chance. Yutaka Morisaki, the childhood friend of Taku, introduces them not knowing what would become of the meeting. Yutaka likes Rikako but doesn’t admit it outright. Since Taku doesn’t know how his friend feels about Rikako, all is fair game.

Throughout the rest of the film, a love triangle manifests between the three students and finally comes to a head upon their graduation from high school.

The title Ocean Waves lends credence to the story as it refers to the idea that teenage feelings are ever changing like waves, growing larger or smaller with the change of the tide, they can change in an instant, just like human emotions.

Being a teenager is difficult. Hitting puberty, dealing with sexuality, and the pressures of school are overwhelming. However, as the main characters mature and move on from their teenage years, they were able to realize and verbalize how they feel about one another. Without hostility.

Studio Ghibli produces the best-animated content to date. While the industry evolves into 3-D animation club house, Ghibli continues the tradition of hand-drawn art. The studio stands out from the rest because of the strict attention to detail: the creases in a shirt, the leaves blowing in the wind, the way a character brushes their hair, this all shows a genuine commitment to realism.

What the audience will take away from Ocean Waves is this: the ocean can be a hostile place, but when the tide ebbs, it is a beautiful site to see. When Taku, Rikako, and Yutaka get their emotions in check, they let go of this love-triangle business. They are older and more in-tune with their feelings. The three of them can finally leave the past behind due to calming of their emotional waves.