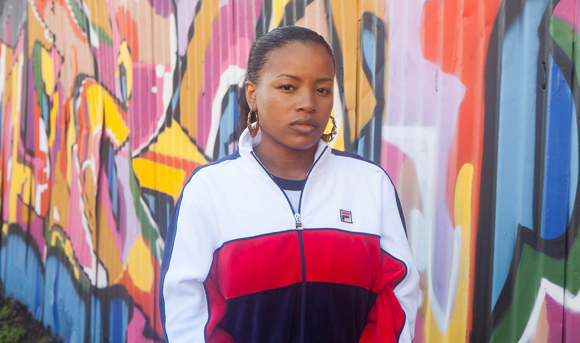 When the 2017 Sundance line-up released earlier this year, the hip-hop biopic Roxanne Roxanne was at the top of most critics anticipated films lists. 2015’s Straight Outta Compton proved to audiences that hip-hop biopics when done right can have exceptional storytelling. If the filmmakers do their homework and treat the subjects with respect, we can have a film that rouses the audience beyond the traditional clique. Produced by Pharell and Forest Whitaker, and helmed by writer-director (and self-professed hip-hop) head Micheal Larnell, Roxanne Roxanne had all the pieces in place for greatness. Larnell returns to Sundance with his sophomore feature film starring, Mahershala Ali (Moonlight) Nia Long (Lemon) and introducing newcomer Chante Adams playing the title character Lolita ‘Roxanne Shante’ Gooden.

Even a casual hip-hop historian is familiar with the Roxanne Wars, a series of battle raps over U.T.F.O.’s Roxanne Roxanne, kicked off by Roxanne Shante’s iconic Roxanne’s Revenge. Larnell however, does put in tremendous effort to make sure the film is not just for music aficionados. Roxanne Shante’s story is not that well known, but if you stop down for it, you’ll get a glimpse into a Hip-Hop pioneer‘s life story of tragedy and triumph. A film about a poor performer, who molded talent and drove into a path out of a desperate situation is nothing we haven’t seen before, but seeing it from a female’s perspective is refreshing. In addition to all of the normal trappings of a music industry biopic – sex, drugs, and betrayal – we also add the dynamic of a woman trying to make her mark in a male-dominated industry. Roxanne Roxanne’s strongest asset is Adams’ performance. Spanning her early days as a rap battle champion in the Queensbridge housing project, to her eventual discovery and thrust into stardom. Adams brings charisma and ferocity to the role, despite having to push the very adult verses over pre-pubescent braces.

The film opens with Shante only ten years old rapping against a much older competitor who is none too impressed to be competing against a little girl. The older rapper dismisses her skills as she sizes him up, and the screen freeze frames over her knowing face and the title card, just as the beat drops. In the premiere screening at Sundance, the moment was so pitch perfect it moved the entire audience to cheers. The opening sequence sets the tone both for the film as well as the character – boisterous, beautiful and fierce. Though we don’t see Chante – played by Taliyah Whitaker at age 10 – the rap gauntlet has been set. As her best friend and hype man boast before every battle, “The champ is here! The champ is here!”.

Balancing language that highlights the bravado of Chante’s battles while not eclipsing the non-battle dialogue is a fine tightrope that Larnell’s screenplay navigates with ease. Adams herself looks completely comfortable in the rap battles, as well as some of the more graphic emotional scenes. When we sat down with her after the premiere, she confessed she only had about ten days from casting to her first day on set. “I had to just go in an intense hip-hop boot camp,” she told us. “I listened to every track, watched every interview or video I could find.” The only flaw I could confess would be that at times you can see where the filmmakers could have done with a bit more time. The first 2 acts of the film are fluid and entertaining as we watch Roxanne Shante become the most feared rapper on the east coast. We continue to follow her through her eventual departure from hip-hop into an abusive relationship with her longtime admirer, Cross – played to creepy perfection by Mahershala Ali.

Cross woos Shante with minks and jewels, and though she is only 16, she eventually succumbs and begins a physical relationship him. One of the more brilliant shots of the film comes at this point. The camera just above Shante’s head as she lays down, exclaiming with pleasure as she loses her virginity, then morphs into the same shot with cries of childbirth and finally ends with screams of pain as Cross drags her across the room by her hair. The sequence shows the character’s quick decline after beginning her relationship with Cross, and unfortunately, marks the uneven climax of the film. The third act shifts so dramatically that despite the morphing shot, by the time the film ends you are left feeling unresolved. There are great easter eggs from hip-hop acts of the eighties and nineties and an absolutely hilarious cameo by Adam Horowitz of the Beastie Boys, as the ever-present shady lawyer, but that is not enough to redeem the ending.

In the end, Roxanne Roxanne is a story that needed to be told, And if you are familiar with the story you will likely to find it bold, but it needs just a bit more guidance and perhaps more time, to truly let the story of this forgotten star shine.