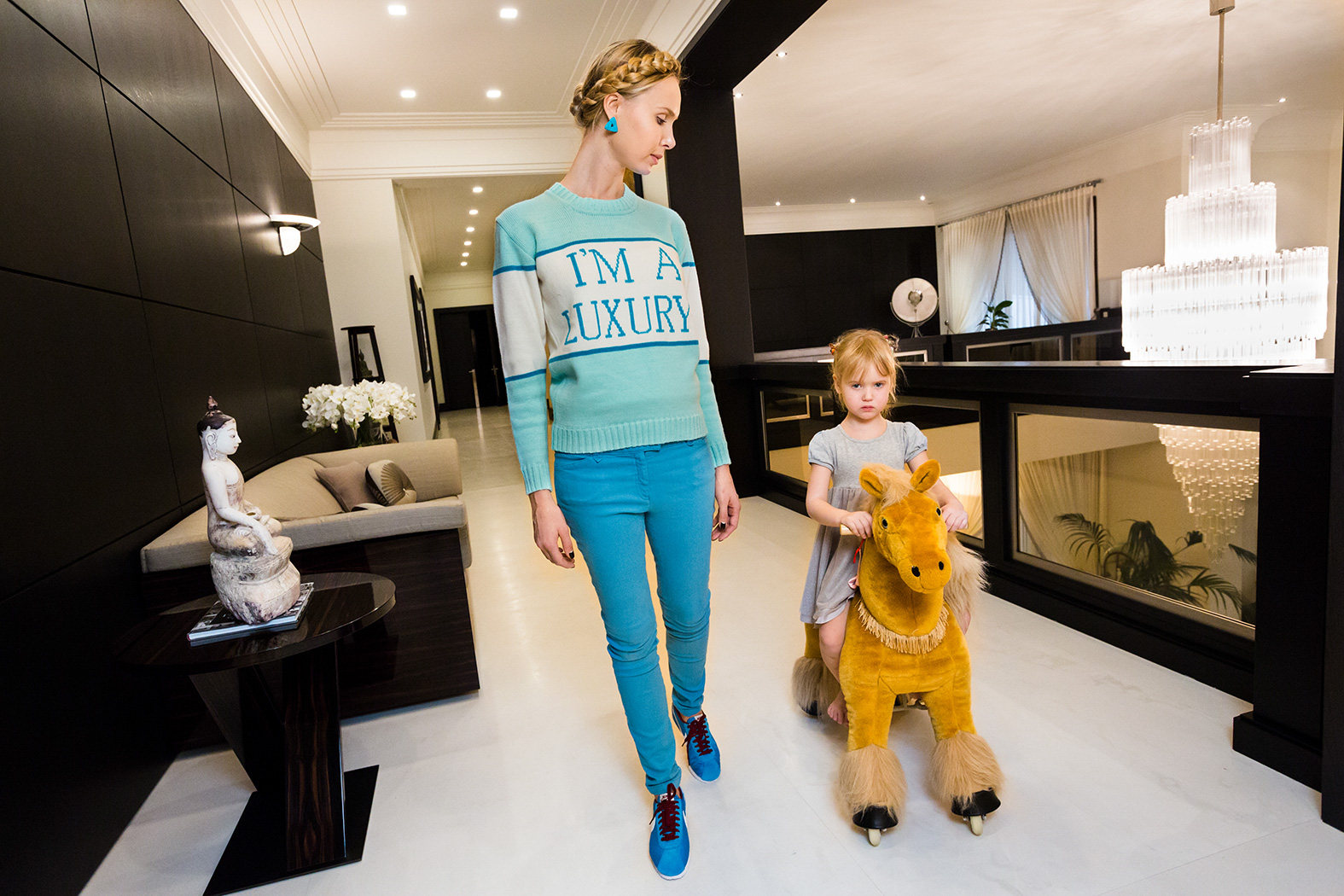 The pursuit of wealth can be dangerous; primarily because that pursuit can become an addiction. So much so, that one may never be satisfied even if their wealth is in abundance. Lauren Greenfield has been unknowingly exploring this obsession of wealth in her work and made the link after 25 years of photography. In Generation Wealth, she revisits some of her past subjects, explores new people and places, and investigates consumerism and its center in the American Dream.

Greenfield’s journey begins with some of the people she’s photographed in past books like Fast Forward and Girl Culture. These photos reflect 90’s and 2000’s LA: glitz, beauty and trend. interviewees are, for the most part, an eclectic bunch. They’re fashion, mannerisms and literal bodies reflect a love of wealth. And while some have grown and learned that the quest for wealth can be negatives, others still maintain that hunger for it.

The documentary also serves as a self-examination of Greenfield’s own obsession with wealth. Instead of searching for monetary wealth, wealth to her is photography opportunities. Due to her constant travels over the years, she discovers that her relationship with her sons aren’t as strong as they could be. It’s that constant want for more that gets everyone caught up, the director of this documentary included.

While we get a wide range of interviewees that provide their perspectives on wealth, it’s glaring that the Black interviewees fall into the same trope. These interviewees are either rappers, DJs or participants of strip club culture. None of these occupations are a bad thing – but when there’s only one type of Black person you interview for a documentary about wealth culture, one has to assume that you believe that this is how Black people spend their wealth. Having a spectrum of Black interviewees would have served this doc well instead of leaning on tired stereotypes.

Missteps aside, Generation Wealth handles a very heavy subject while intersecting still imagery with live interviews. Greenfield’s commitment to this work shows throughout the documentary and leaves you re-thinking your belief in the American dream.