Lizzie is a psychological thriller based on the infamous 1892 axe murder of the Borden family in Fall River, Massachusetts. The film explores Lizzie Borden’s life, focusing on the period leading up to the massacre and its immediate aftermath.

America has been buzzing about this case for over a century. Did she do it? What’s the motive? We should know by now, right? There are so many movies and television shows about Borden, how much more will we have to watch? No matter what vantage is used to tell her story, it won’t make her appear any more interesting as the outcome is always the same. Unfortunately, we must enter the Borden house once more, this time with director Craig William Macneill and screenwriter Bryce Kass.

At the age of 32, Lizzie Borden (Chloë Sevigny) is unwed and living a claustrophobic life under her parent’s control. As a social outcast there aren’t many options for her regarding suitors or extra-curricular activities, so she’s confined to the home where her pet pigeons keep her company. Little did she know that her life would be further complicated by the arrival of Bridget (Kristen Stewart), the new pretty, young house servant. Lizzie’s father intervened when he sees his daughter and Bridgett getting intimately close. This resistance was the defining moment when Lizzie decides she’s had enough, and the two form a bond that blossoms into a wicked plan with a dark, unsettling end. 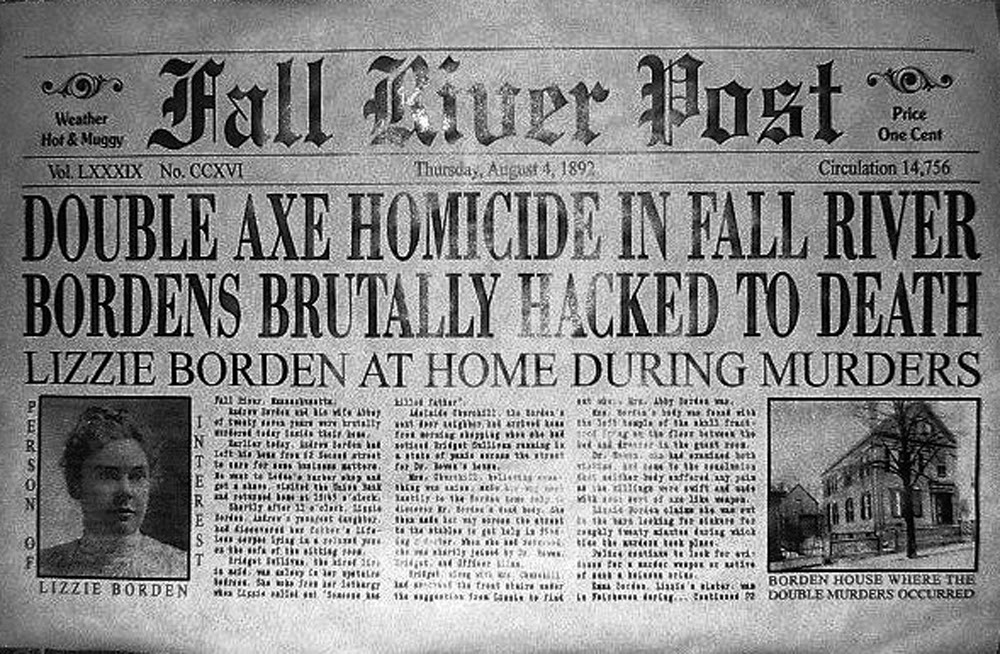 The burning question remains: did Lizzie Borden kill both her parents because her father discovered her lesbian affair with Bridget? Well, from a historical standpoint, the idea that she is a lesbian is unsubstantiated. So maybe exploring this avenue is to explore another reason for motive? What I do know is, if the audience has to rely on this movie for any answers, you won’t get many as the focus is rarely on the two women. Men take up most of the screen time with their awful attitudes and overt misogyny.

I get it. 19th-century men are horrible, can we please move on and get to the women?!

I am a big fan of actress Chloë Sevigny. She’s one of Hollywood’s most underrated talents. She can carve a space for herself within any story with ease, but, in Lizzie, she’s never been more out of place. Sevigny sleepwalks through each scene as if being fed her lines or reading a teleprompter. Nothing about her performance seems genuine and, frankly, she looks uncomfortable. Kristen Stewart, on the other hand, is the only one that tries to makes it work and does a superb job with what little she is given. I know people still hate her because of the Twilight drama, but her new circle of performances is helping to establish Stewart as one of Hollywood’s A-list young talents.

As a biopic, there should be an element that makes the audience care about paying to see it. What are viewers going to learn when watching Lizzie that they don’t already know?  The fascinating aspect of Lizzie Borden’s life is that circus of a trial she participated in, not in exploring this fake-deep relationship that aims to target the male gaze.

What would the outcome be if a woman wrote the Lizzie script? Different. Better, possibly. When it comes to relationships between women, there are some gaps men cannot fill with their imaginations alone. But no matter who’s writing about it, its time to get over this twisted obsession with Lizzie Borden. Even the people of Fall River, Massachusetts are tired of hearing about her. Her life is dissected from every angle such that there is nothing left to discuss. There are plenty of intriguing individuals whose story are just as engaging. I mean, really, its time to let the woman rest in peace.

*Lizzie is part of the U.S. Dramatic Competition Program at the 2018 Sundance Film Festival*