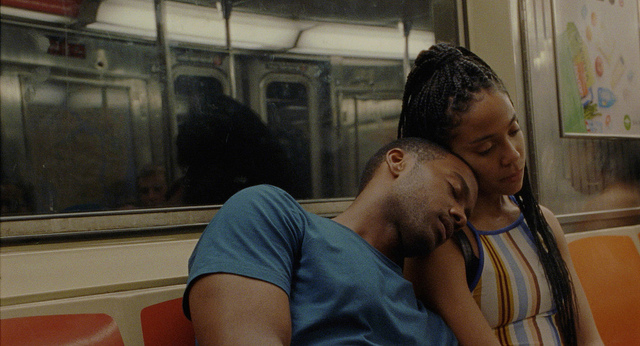 Rashaad Ernesto Green’s Premature takes viewers on a raw and honest journey of an inner city young woman, Ayanna (Zora Howard) who is poetic, smart, nuanced, ready for new beginnings, yet unlearned in so many ways. Ayanna is a graduating senior headed to Bucknell University in the Fall. Focused, unbothered and pretty; she’s different from her peers. She has a softness that would stand out in any Harlem crowd.

With silent confidence, she draws the attention of Isaiah (Joshua Boone), a slightly older musician who’s a dreamer and who lives alone. He’s different. Lyrical, sensitive and strong — he’s everything that Ayanna does not expect and while she was not looking for anything, her eyes become open to new experiences and realities. The two instinctively flow into a realm of great love, exploration, and transparency that is truly endearing, but their love offers up a few great lessons of its own. 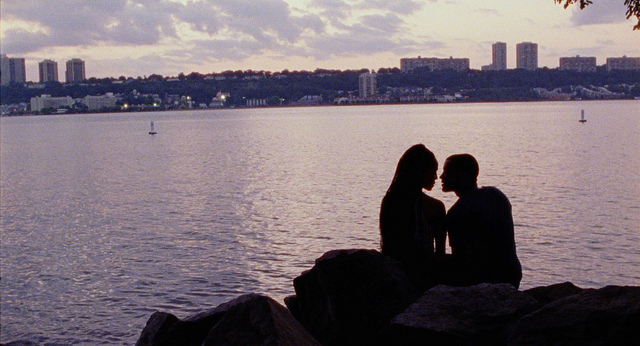 With scenes reminiscent of Poetic Justice and Love Jones, Ayanna and Isaiah remind us that young uninhibited love is truly a sight to see. From hanging out in the park at cookouts, sitting on rocks overlooking the Hudson River writing poetry and listening to music, to engaging in sensuous love-making sessions as Isaiah’s favorite jazz records play, Ayana and Isaiah fall in love quickly. The lovemaking scenes between Isaiah and Ayanna are beautifully shot.

It’s evident that the director wants us to truly experience Ayanna’s ecstasy and fulfillment. Her uninhibited ability to be free and release herself to Isaiah is refreshing and makes you want to see a beautiful ending for Ayanna. While the nature of their relationship is very sexual, their relationship is quite esoteric and metaphysical. They have a chemistry that transcends the physical act of sex. He understands her poetry as a poetess, and she has a profound respect for his musical gifts. Yet, we begin to see that there is so much more responsibility associated with the adult act of sex and that it is truly possible for lovers to indulge in the act of sex without fully understanding the physical, emotional and spiritual consequences. 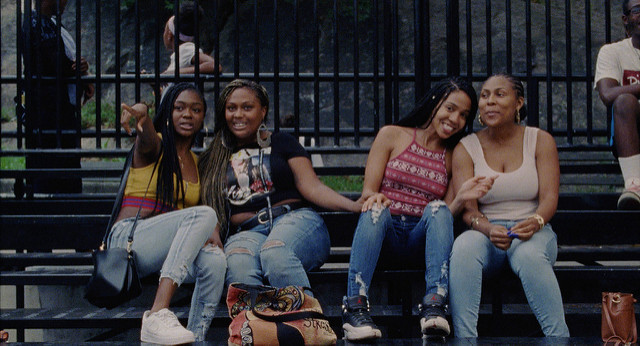 While their love is true and deep, all is not perfect. Isaiah’s white ex-girlfriend shows up at the door to his apartment. In his maturity, he peacefully dismisses the ex-girlfriend and has her leave, yet a seed has already been sowed into the mind of Ayanna. Loving friends become meddlesome, tensions rise between Ayanna and her mother, a white girl shows up at Isaiah’s door and an abortion pill is taken.

Unapologetic About the Rawness & Beauty of Harlem

There’s a beautiful irony in the setting of the film. A love so sweet set against the gritty and raw landscape of Harlem is intriguing. The set locations, restaurant, and jazz venues, as well as the vernacular used within the film, are unapologetically Black.

Set against the backdrop of Harlem, Premature stays committed to the true essence of what average Black folks live like and it is a beautiful thing.

Through the lens of the film, we get a glimpse of one of Harlem’s authentic establishments like the Shrine on 134th Street. We get to witness the laundromat sub-culture in Harlem, a necessity that both low and middle-income families partake in. Coming off the subway train at 145th street, Ayanna and her friends are the perfect vision of free-spirited, unbothered youth who delight in talking slang, tossing their braids and hanging with each other in their neighborhood. Dirty subway stations that are full of life and laughter give an honest depiction of life in the inner city. It is evident through Ayanna and her friends that sometimes in these city streets, kids grow up too prematurely.

Ayanna comes from a broken home, has a single mother (Michelle Wilson) who loves her and who ‘needs a man’ to keep from feeling lonely. In one scene, Ayanna walks into her house only to see a new ‘friend’ of her mom’s that she has never met before zipping up his pants after using the bathroom. While the scenes between mother and daughter are few, their subtlety and nuanced approach to their characters make for meaningful screen time, and it’s evident that there is a history of unspoken pain, resentment, regrets and deep love for one another. There’s a kitchen scene in which Ayanna is craving pickles. Her mother, in a telepathic manner, that only a mother who has carried and birthed children intuitively possesses gives her a look with tears in her eyes. She knows without that her daughter is with child. Her mother does not berate her and does not offer an opinion. She just silently understands while intercepting the pain of her daughter. This image of a soft, Black mother gently responding to her pregnant daughter on screen is so refreshing to see. 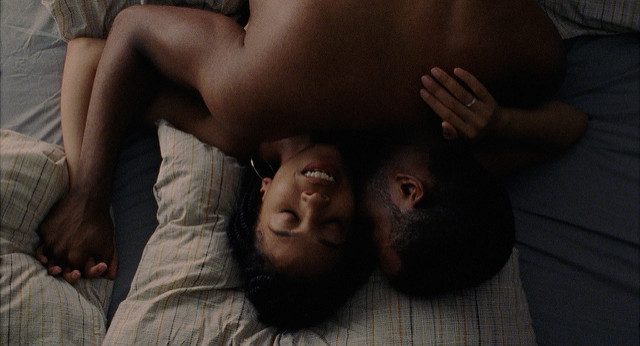 Themes of Choices and Their Consequences

The poetess, college-bound, notebook-toting Ayanna is pregnant, and she does not tell Isaiah. It may have been that the pregnancy comes some prematurely in their relationship, that she can’t find the words to express the pregnancy to him, or fear, or immaturity-but she does not tell him. After a misunderstanding, Ayanna makes a decision that may forever change her life. Curled up in a ball in the bathtub as blood flows down her legs, it’s evident that Ayanna has chosen to take the abortion pill. Isaiah fights out that she had one without even talking to him about it, and he shuts her out. Howard’s ability to emote and be transparent on screen is a gift to viewers. At this point in the film, viewers are so emotionally invested in her that one can’t help but have compassion for her. Yet, and still, under Green’s direction, we get to delicately see the emotional aftermath of abortion as well.

A Fortress of Black Sisterhood

Ayanna’s best friend comes to her aide without judgment. She listens with her, cries with her and builds her back up. Ayanna’s mother is there too, being that strong silent force reassuring her daughter that she will make it through. Positive, Black sisterhood was a theme within this film and is succinctly depicted the benefits of having a strong, female network of women to rely on. By the film’s end, we are not quite sure what will be of Isaiah and Ayanna, but it was beautiful to see him see her off to college. And while one may draw the conclusion that their love may have been premature, the film is directed in such a way to denote that first loves can definitely be real.

Premature delicately depicts the beautiful innocence and purity of a first love, and the harsh realities of first real heartaches too. Premature is raw, honest, gritty and endearing. It forces viewers to ponder moments, actions and consequences of times past, or maybe right here in the present — without being didactic, forceful or overt. In Premature, Zora Howard’s writing gives us space to digest some of life’s hard questions in a soft manner. First loves are real. First heartbreaks are real — yet so are the consequences of abortions, making decisions too soon and doing adult-like things in your youth. Premature honestly lays it all out in the open.