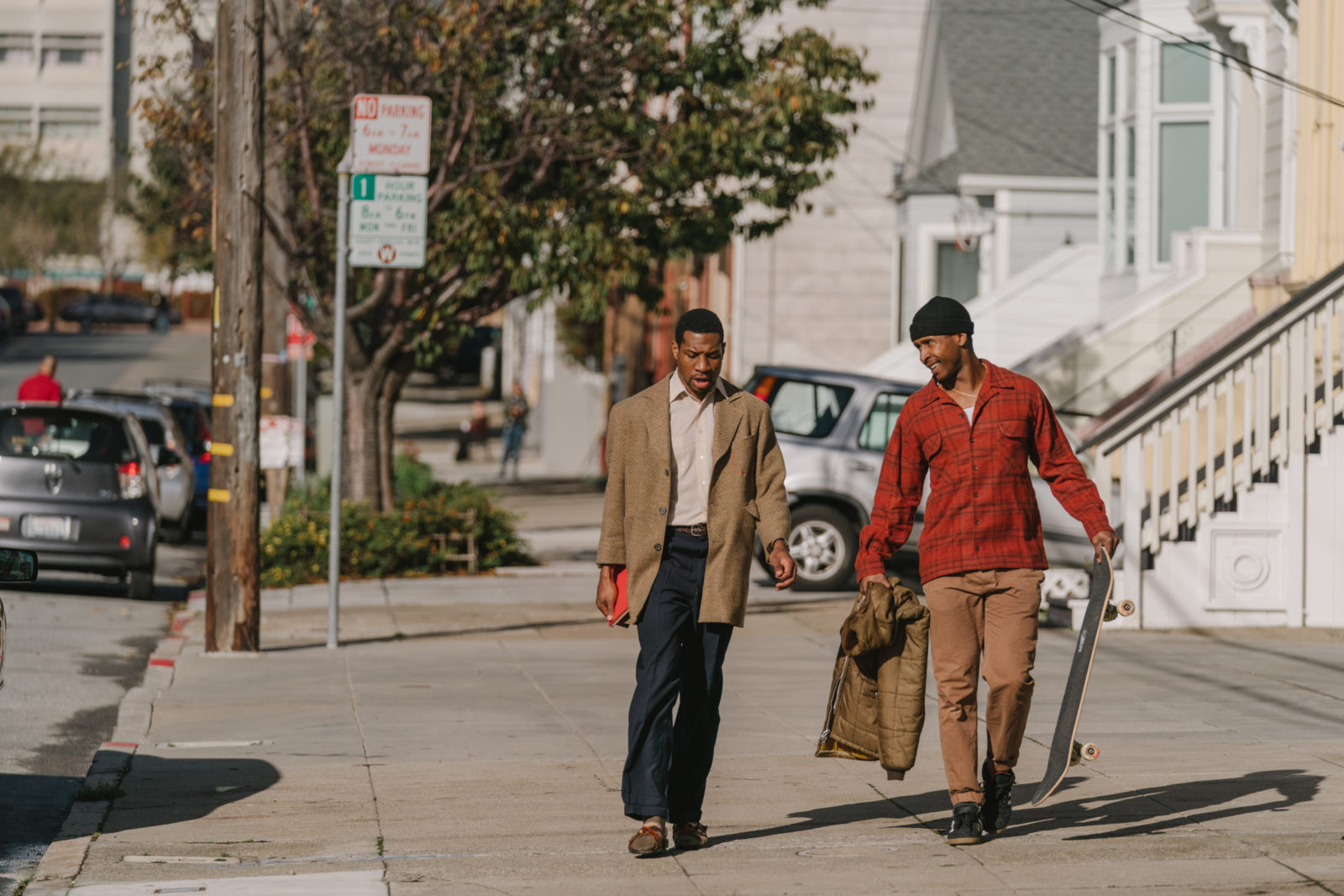 In a rapidly changing suburb of San Francisco on the brink of gentrification, unleashes a story about an ode to friendship and a house that changes everything. Today was the world premiere of the A24 film The Last Black Man In San Francisco starring Jimmie Fails, Jonathan Majors, Tichina Arnold, Rob Morgan, Mike Epps, Finn Wittrock, Thora Birch, and Danny Glover. The film is directed by Joe Talbot.

The Last Black Man In San Francisco is the kind of film you walk away from and have conversations with your friends for hours just trying to unpack it all.

I’m sure you’ve heard of the saying, “Home is Where the Heart Is”. In the case of Jimmie Fails, home is where his heart, mind, body, and soul are.  His home is his everything, and he’s willing to risk anything to claim what he believes is his.

The setting of this story takes place in the predominantly Black Fillmore District of San Francisco. It is an area rich with an immigrant history and African-American culture, and the story centers on a beautiful Victorian home which becomes a character in this mystifying story.

Fails is still an admirer of the celestial property and not only keeps an eye on it — but ensures its kept in good condition.  This, of course, doesn’t bode too well with its current owners, an elderly white couple who insist that Jimmie leave both them and the property alone.  But Jimmie isn’t the kind of guy that walks away easy at a dismissal. He’s a stubborn fellow, but with good reason. The current owners are not managing the upkeep all too well and someone has to make sure the home is in order.

Jimmy has a loyal best friend named Mont (Jonathan Majors), who is at the “ride-or-die” caliber of friendship.  The two are inseparable and seeing how the story unfolds with them at the center, is pretty incredible to watch. This love letter to the bay area from writer Jimmie Fails plays out like a poem. The film uses stylized cinematography to give it an artsy feel and meanders into avant-garde territory at times to tell its unique story.

Fails met director Joe Talbot, also a fifth-generation San Franciscan, that shares passion for music and wandering aimlessly in the city. In telling this story, ” it was just as personal for me”, Talbot discussed during the Q&A after the movie’s premiere. It is also interesting that although this story is entrenched in a narrative about the Black experience — we even get a sermon about it from a preacher on his literal soapbox — the story is directed by a white man.

But it is the relationship of both Talbot and Fails that gives this film the kind of synergy that isn’t compromised from the perspective of a white lens. Talbot and Fails are truly in sync. At the core of this tale, is a story about a house and the metaphor of a man living on the margins of society, who refuses to let go of the one thing he has left that makes him feel whole. In the Q&A Jimmy Fails says, “it was amazing how Joe knew me more than I knew myself”.

We also get to witness an incredible performance from actor Rob Morgan as James Sr, who somehow manages to steal every scene he’s in.  Actor Danny Glover plays Mont’s blind father who Jimmie lives with as well. Mont’s father isn’t too keen on Jimmie’s presence but tolerates him anyway. Actress Tichina Arnold also adds her talent to this brilliant cast as Wanda, who provides some comic relief in this story. Arnold adds, “This is my first Sundance. This is the only time I auditioned where I said I have to get this fucking role. It’s good to see art like this, I miss seeing films like this.”

The story takes us on a new journey when the elderly white couple residing in the home has to leave, and now this becomes a story about a squatter and his rights to the property.  On cue enters the slimeball real estate agent (Finn Wittrock), that manages to pull the rug from underneath Jimmie and puts the home up for sale.

The Last Black Man In San Francisco is an artsy film, and may not captivate every viewer because of its jarring montages and poetic delivery. But its story has substance and reveals a truth about the state of gentrification in so many neighborhoods like the Fillmore District.