The Last Tree by director Shola Amoo, could be described as a dark-skinned Black boy’s “coming of age” story. However, that title would be omitting a few things. “Coming of age” implies transitioning from one point to another, when actually the boy in The Last Tree, Femi (Sam Adewunmi), is pulled, pushed, and beaten into adulthood much sooner than he should have been. This causes the volatile cocktail of rage, fear, and longing to collide in Femi until he is ready to finally explode.

This is a reality for Black boys around the world. Amoo’s film, however, is a close look the boy’s life to show us in the audience not only the fact that the boys end up this way under a system built on Black and brown peoples’ suffering. No, The Last Tree is a deep dive into the raw and relatable realities that Black and POC kids already know. Femi is but a possession to half the people they know or bodies to be used in protecting and punishing as the gang feels necessary. Amoo takes a long meandering, elderly-people-watching-the-autumn-leaves-in-Michigan-type of stroll through the life of a boy in The Last Tree and shows us that things fall apart when we stop seeing these boys as just that, boys.

In the film, Femi is first introduced as a boy in foster care and is played by Tai Golding. He is cared for by an affectionate white woman named Mary (Denise Black). We get the sense that Femi has been in Mary’s care for quite some time. He plays outside with his friends, getting dirty and playing rough. Femi’s days are a joy until his mother (Gbemisola Ikumelo) comes and pulls the boy back to live with her. Femi knows that he is leaving behind a safe haven. Leaving Mary’s home also means the end of Femi’s boyhood.

In London, Femi’s mother literally beats the boyhood out of him. She sees the boy as a possession, one that she must physically manipulate into following her directions. If Femi violates any of his mother’s house rules (this includes neglecting a long list of chores his mother requires each day) she beats the boy with a cane. This creates an undercurrent of rage in Femi that he struggles every day to suppress.

At school, he is bullied by his peers and afterward, courted by the local mobster. The mobster fakes concern for the teen and grooms him to be an enforcer. Young Femi grows up to be a strong, athletic teen who could channel his ever-growing rage at the world into violence. The dealer knows how to put that violence to use. He has Femi beat up on people for various reasons. Meanwhile, not one person has shown Femi any love or affection since he was pulled away from Mary. Not one hug, not one kiss, not one hand on the should in reassurance.

Seeing the Boy Inside the Raging Black Body

Then, a new teacher Mr. Williams, played by Nicholas Pinnock, takes an interest in the teen and wants to help him succeed. In a scene that will push you nearly to tears, Mr. Williams counters the rage and violence with love. It’s a profound moment that is definitely award-worthy, for Adewunmi and Pinnock. This scene changes the cycle for Femi, and for the good. But, things are not all hearts and butterflies for the teen and his family. They do have to work at figuring out where to go next.

The Last Tree traces a Black boy’s journey from a boyhood lost much too soon to young adulthood. All that rage pulses through Femi, waiting to be channeled into street violence with one of those two results — death or prison. To change his course, all the boy needed was for someone to see him and treat him as the boy he still was. Doing so was hard at first, but the continued efforts did eventually pay off.

In addition to the scene in the classroom mentioned above,  another stunning moment comes toward the end of the film, between mother and son. We get to see, not only the framework of the abuse cycle that Femi was born into but also a harsh reality. The way he was treated is deeply rooted in racism and classism. Neither Femi nor his mother could control their existence in it. The only thing they can do is find a way out. 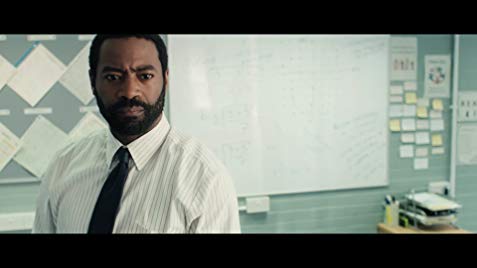 The Last Tree has so much potential. It could be a great work, an audience fave, and critical darling. The only problem is that the great story I described above is buried in the filmatic version of the “run-on sentence”. There are too many scenes where a theme is teased out much too long or a good point is introduced and then explained until tired of it and ready to move on. For example, the scenes in the beginning establishing Femi’s life as a “regular boy” shows him playing with other boys, running in fields, near the water, and does not stop there. We have to sit through a few more scenes of boys rough-housing, Mary reminding young Femi to eat his peas, and so on. Any three of these things would have proven the point, the rest should have ended up on the cutting room floor.

The run-on problem may not sound harmful, but it will be once audiences view the film in the form screened in Sundance Film Festival 2019. The run-ons make The Last Tree feel strained at times. At other times, it seems as though the narrative is unsure of what it wants to tell us. It’s like the narrative is stumbling around, searching for its next point. The film will lose much of the audience during these times, which is very unfortunate. We live in a society that desperately needs narratives like Femi’s need to be heard. There are so many dark-skinned Black boys who deserve to see themselves onscreen in a positive struggle. There are so many brown kids who can also relate to his story.

It needs to be told.  However, this message gets buried and the audience distracted. I see the artistry that Amoo is reaching for. I especially love the Spike Lee styled scenes with the close up low camera angled up and giving us a view of Femi in post-rage violence mode. The pacing, which is also dragged down by over-ran themes and scenes, does sometimes suggest that the film was going for more artistic look and less of a genre movie style. This is a mistake. Femi’s story works as a drama. The message alone is strong and the story, once edited, is captivating and moving. The excess needs to be removed from the film or this goodness underneath will stay buried.

The Last Tree is a stunning and important narrative. It just has a little issue of trying too hard to ban an If Beale Street Could Talk when it should be content with being a Crooklyn.

The Last Tree at the Sundance Film Festival 2019.