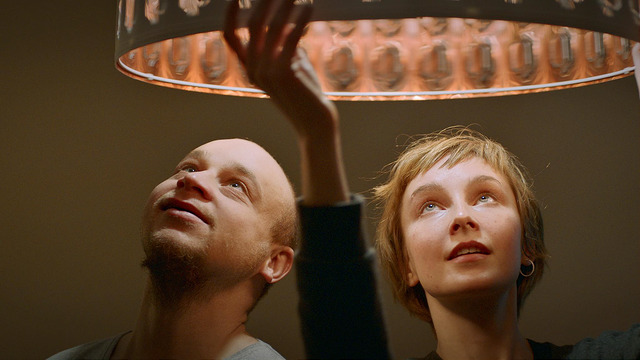 Live action role play, or LARP, has been a cornerstone of nerd culture for decades and by now its productions range from the low-key to fully immersive worldbuilding and creating. For Veera, the subject of Tonislav Hristov’s documentary The Magic Life of V, LARPing is so much more than just a hobby, a game, or entertainment: She actively uses her role-playing characters to process and heal from terrible childhood trauma that continues to haunt her at 27.

Because it is filmed in such an artful and cinematic style, I had to remind myself constantly that The Magic Life of V is non-fiction as it follows Veera and her brother Ville as they work to come to terms with the violence they survived. As if it wasn’t bad enough that their father was a violent alcoholic, physically and verbally abusive, but an early childhood illness caused permanent brain damage to Ville. He now lives with Veera as his sister-caretaker, struggling also to fight the alcoholism that runs in his family.

Veera’s main LARP character is a girl named V. Just the letter. Her main qualities are extreme friendliness, intelligence and book smarts, and the fact that she is, “always, always, always happy.” V has big moods, and sometimes has huge bursts of anger, but they pass quickly and she goes back to being “her” happy self. Happiness is the thing that divides Veera from V, and it reads as a kind of wish fulfillment — that maybe one day V and Veera will meet and this will be the gift and blessing Veera receives from her alter. 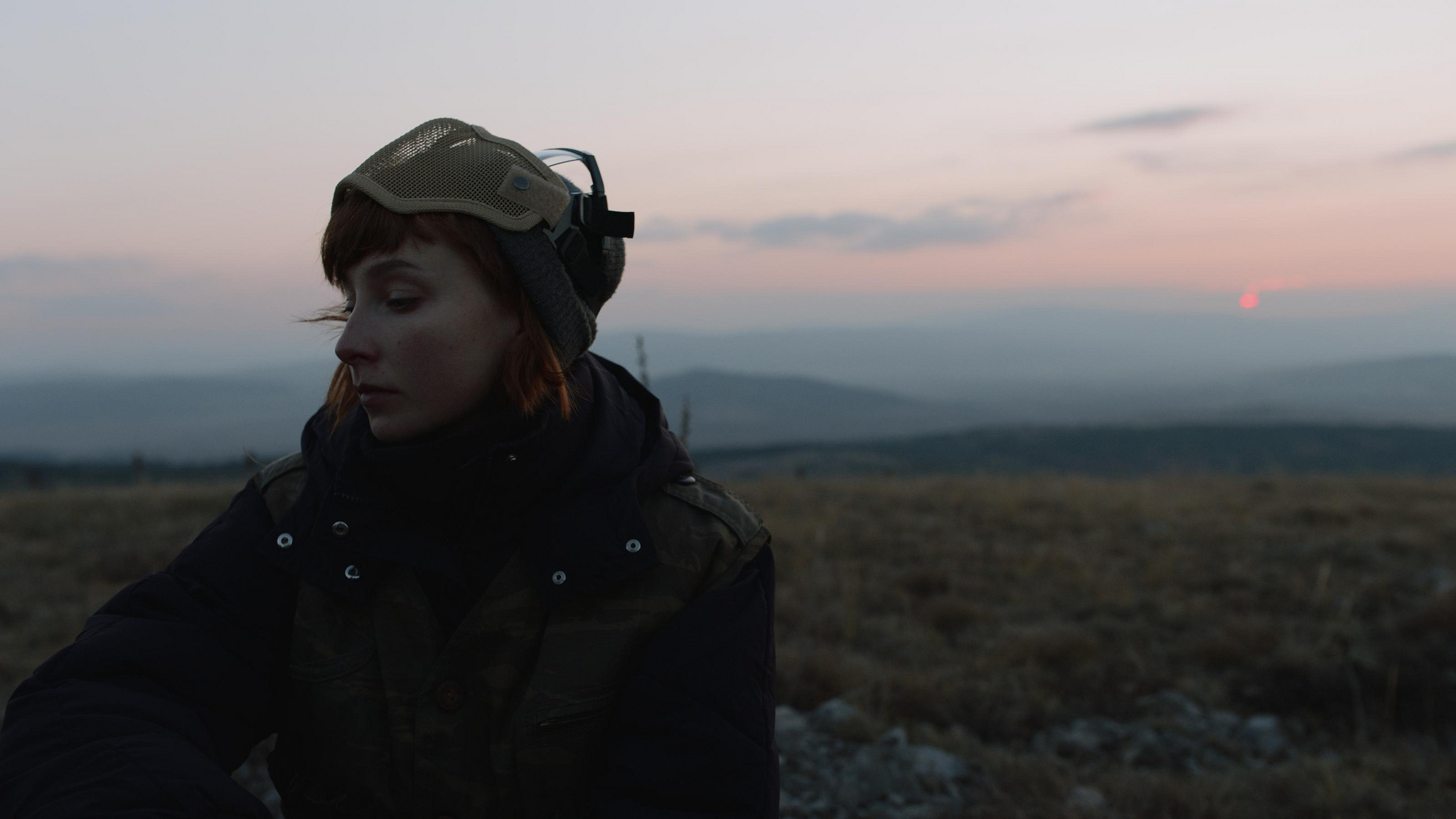 Hristov’s documentary style is unique and powerful. The raw footage filmed by Veera’s mom of Veera and Ville’s childhood takes on a Lynchian and menacing quality through his editing and the eerie sound design. The father is often obscured in shadows, or creeping into frame like BOB in Twin Peaks. Veera recalls an incident from her childhood when her father accidentally cut his neck while shaving. He came into the living room and fell to the floor, making gurgling sounds as the blood trickled from between his fingers. He pretended he was dying. He found it funny. His children, not so much.

Maybe it was the theatricality of her father’s violence that led to Veera using costume and role-playing to process her trauma? Or maybe there is something fundamentally healing about pretending to be someone else in a fantasy scenario that involves monsters and magic? Both?

The first LARP event we attend with Veera — V — is Harry Potter-inspired and revolves around magical spells, confronting and releasing pain, and focusing on the importance of fire, light to eat up the darkness inside. The next event is a nighttime combat exercise that involves weapons and hunting monsters. Again, Hristov’s cinematic style made the military LARP feel like an actual horror movie. The mutants V and her friend hunted would be terrifying in a fictional setting in the safety of my home. But that Veera actually went to abandoned military grounds in Bulgaria for the expansive role-play game, and at night!, speaks to the intensity of these live action role-plays. 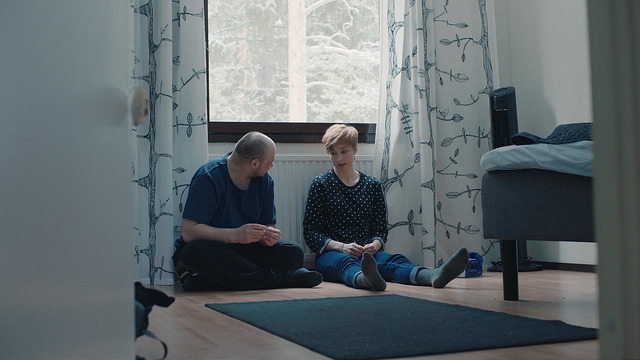 In both LARPs Veera and her comrades debrief the experience afterward and discuss why it is they rely on these events so much. Veera says it helps her release things and feel lighter. Becoming someone else gives her a break from being herself. But that ultimately her goal with LARP is to do it not because she desperately needs the exercise of disassociation, but eventually because she simply enjoys it and it’s fun. She’s not quite there yet.

The more Veera finds LARPing helps her calm and center herself, she decides to bring her brother Ville to mock swordplay and other Medieval weaponry training to see if it might help him too. The smile on his face after he’s finished, and the new friends he made in the instructors, beautifully demonstrated the community power this kind of role-playing can build. Ville is constantly bullied about his disability. But when he was fighting with mock swords and bow and arrow you could see he felt he was treated equally by his peers, maybe for the first time. Veera’s LARP communities are welcoming ones, not the vile gatekeeper factions we hear so much ugliness about. 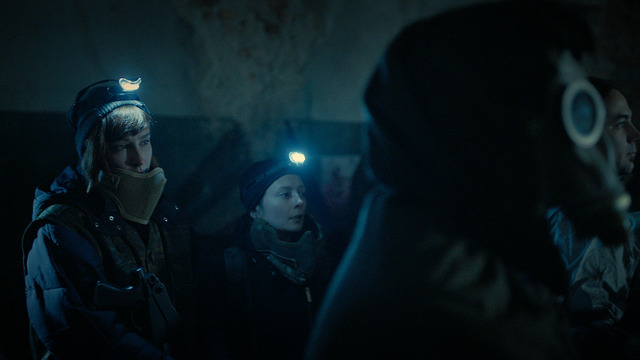 In her own right, Veera is an incredibly compelling subject on many levels. She is so photogenic and telegenic, with such an expressive face, I again had to remind myself that she’s a real person, not an actor. If she wanted to, she certainly could have a career in the performing arts, though. She has a fierce and vulnerable Noomi Rapace quality that deeply moved me. All the while being vulnerable and real.

Veera and I also have a lot in common, from events in our childhoods to how we use performance art and costuming as therapeutic tools. We both even changed our names so as not to carry our father’s anymore. For such a long time trauma, and in particular childhood trauma, was just not something openly discussed. And like Veera says in the film, the violence we survived was often considered normal and simply a product of the times. The Magic Life of V helps smash that taboo and breaks the silence. I never get tired of learning I am not alone.

After 15 years of not speaking to her father, Veera uses her character V and her cosplay skills to finally go and quietly confront him about his drunken violence. This scene was one of the bravest and illuminating things I’ve ever seen in my life. There is nothing for me to gain from speaking to my own father again, but through Veera’s experience, I felt my own load was lightened by proxy. Like with the way Veera utilizes her character V as a healing tool, I escaped my own story and jumped into hers. This was not about forgiveness. It was about understanding. And understanding that no answers will ever fully satisfy an explanation of why those horrible things happened. Something shifted in me witnessing Veera stand up for herself. Many others will feel the same.

I’m so grateful to Veera’s bravery in sharing herself so fully with us, without shame or judgment. Just honesty and vulnerability. Because every time a survivor speaks out, it gives another survivor space and permission to come forward. The world is still a mess, but at least we don’t have to pretend our traumas didn’t happen or don’t matter anymore. The dialogue is ongoing, and The Magic Life of V is a new and important installment in the discussion.

Yes, this is an extremely intense documentary. The subject matter is dark and painful. I must have shed half a pint of tears. But ultimately The Magic Life of V is a message of light and hope. We will never fully get over the traumas we survived, especially violent ones that happened when we were innocent children. The wounds are foundational, and so are the scars. Yet, we can find ways to heal and move on even if we will always see or feel those events in our rearview mirror. Veera’s story shows how important and magical a role creativity plays in healing trauma. Veera’s lessons about self-empowerment are crucial, and we can all benefit from them.